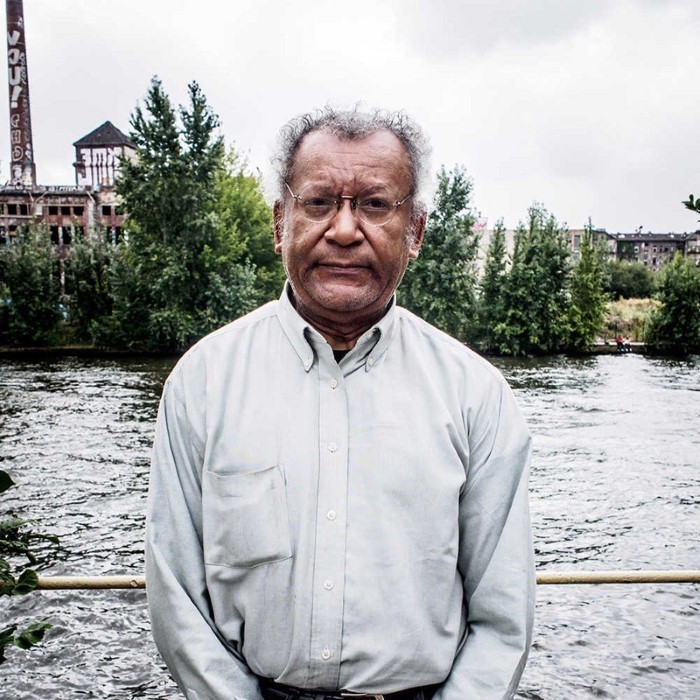 Anthony Braxton (born June 4, 1945) is an American composer and multi-instrumentalist who is known in the genre of free jazz.
Since the 1960s, he has released more than 100 albums. He plays many types of saxophone (soprano, alto, tenor, baritone, bass, contrabass, sopranino, C-melody, mezzo-soprano) and clarinet (E-flat, B-flat, contrabass), in addition to flute, alto flute, and piano.
Braxton studied philosophy at Roosevelt University. He taught at Mills College in the 1980s, and was Professor of Music at Wesleyan University from the 1990s until his retirement at the end of 2013. He taught music composition and music history, with a concentration on the avant-garde, as well as leading ensembles in performances of his compositions. In 1994, he was given a genius grant by the MacArthur Foundation. In 2013, he was named a 2014 National Endowment for the Arts Jazz Master.
Early in his career, Braxton led a trio with violinist Leroy Jenkins and trumpeter Wadada Leo Smith and was involved with The Association for the Advancement of Creative Musicians, the "AACM", founded in Chicago, Braxton's birthplace.
In 1969, Braxton recorded the double LP For Alto. There had previously been occasional unaccompanied saxophone recordings (notably Coleman Hawkins' "Picasso"), but For Alto was the first full-length album for unaccompanied saxophone. The album's tracks were dedicated to Cecil Taylor and John Cage, among others. The album influenced other artists like Steve Lacy (soprano sax) and George Lewis (trombone), who would go on to record their own solo albums.
Braxton joined pianist Chick Corea's existing trio with Dave Holland (double bass) and Barry Altschul (drums) to form the short-lived avant garde quartet Circle, around 1970. At the beginning of the 1970s, he toured in France and some concerts were live recorded, particularly in Châtellerault in 1972, 11 March. When Corea broke up the group, forming Return to Forever to pursue a fusion-based style of composition and recording, Holland and Altschul remained with Braxton for much of the 1970s as part of a quartet, with the rotating brass chair variously filled by trumpeter Kenny Wheeler, or trombonists George Lewis or Ray Anderson. This group recorded on Arista Records. The core trio plus saxophonist Sam Rivers recorded Holland's Conference of the Birds (ECM). In the 1970s he also recorded duets with Lewis and with synthesizer player Richard Teitelbaum.
In 1975, he released an album on Muse Records titled Muhal with the Creative Construction Company, a group consisting of Richard Davis (bass), Steve McCall (drums), Muhal Richard Abrams (piano, cello), Wadada Leo Smith (trumpet) and Leroy Jenkins (violin).
In the late 1970s, he recorded two large ensemble recordings, Creative Orchestra Music 1976, inspired by American jazz and marching band traditions, and For Four Orchestras. Both of these records were released on Arista. Braxton's regular group in the 1980s and early 1990s was a quartet with Marilyn Crispell (piano), Mark Dresser (double bass) and Gerry Hemingway (drums), "his finest and longest standing band".
In 1981 he performed at the Woodstock Jazz Festival, held in celebration of the tenth anniversary of the Creative Music Studio. In 1994, he was granted a MacArthur Fellowship. From 1995 to 2006, Braxton's output as a composer concentrated almost exclusively on what he calls Ghost Trance Music, which introduces a steady pulse to his music and also allows the simultaneous performance of any piece by the performers. Many of the earliest Ghost Trance recordings were released on his own Braxton House label (now defunct). His final Ghost Trance compositions were performed with a "12+1tet" at New York's Iridium club in 2006; the complete four-night residency was recorded and released in 2007 by the Firehouse 12 label.
In addition, during the 1990s and early 2000s, Braxton created a prodigiously large body of jazz standard recordings, often featuring him as a pianist rather than saxophonist. Braxton had frequently performed such material in the 1970s and 1980s, but only recorded it occasionally. Now he began to release multidisc sets of such material, climaxing in two quadruple-CD sets for Leo Records recorded on tour in 2003. He worked with several groups for this music, one where bassist Mario Pavone was credited as a co-leader, with Thomas Chapin playing saxophone and Dave Douglas on trumpet.
More recently he has created new series of compositions, such as the Falling River Musics that are documented on 2+2 Compositions (482 Music, 2005). In 2005, Braxton was a guest performer with the noise group Wolf Eyes at the FIMAV Festival. A recording of the concert, Black Vomit, is described by critic François Couture as sympathetic and effective collaboration: "something really clicked between these artists, and it was all in good fun."
One of his children, Tyondai Braxton, is also a professional musician. He was a guitarist, keyboardist and vocalist with American math rock band Battles.
Beyond his musical career, Braxton is an avid chess player; for a time in the early 1970s he was a professional chess hustler, playing in New York in Washington Square Park. 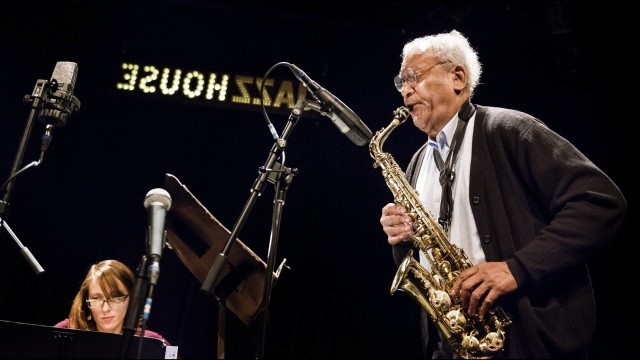