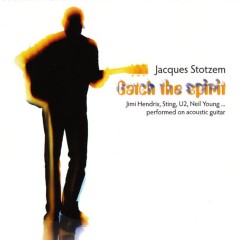 In the acoustic guitar world today, Jacques Stotzem is one of the "fingerstyle" guitarists with the most diversified style. Born in 1959 in Verviers, the Belgian guitarist has recorded 11 CDs and is high up on the list for fans of the acoustic guitar. Readers of the influential German acoustic guitar magazine «Akustik Gitarre» have likened Stotzem to artists such as Leo Kottke, Paco De Lucia, Neil Young and Keb' Mo'.
That's not really astonishing. His unique and highly refined playing style combines a well-developed melodic sense with a rare dynamic approach to the instrument that speaks directly to the listener. Jacques, unlike many guitar players today, possesses an in-depth sense of harmonic knowledge, which is evident throughout his compositions. All of this is cemented together by his perfect command of the instrument and by his optimistic personality.
Jacques Stotzem has become a regular guest at European and American festivals and is often invited for tours in Japan, China or Taiwan. Since 2006, the famous American guitar company "Martin Guitar", produces an "OMC Jacques Stotzem Custom Signature Model", a dream for every guitar player, a consecration for Jacques. His guitar-playing colleague Larry Coryell described Jacques as follows : «What he plays is pure music. As an instrument he uses the guitar, which he knows very, very well.» Read more on Last.fm. 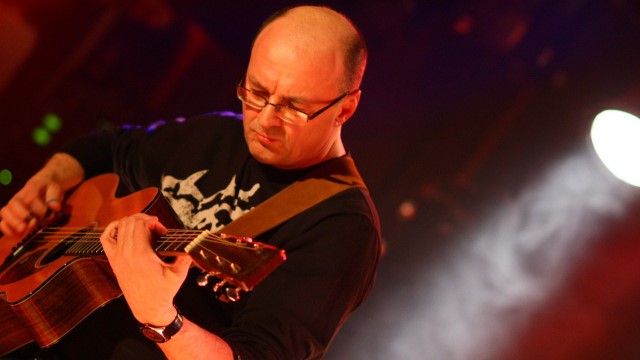