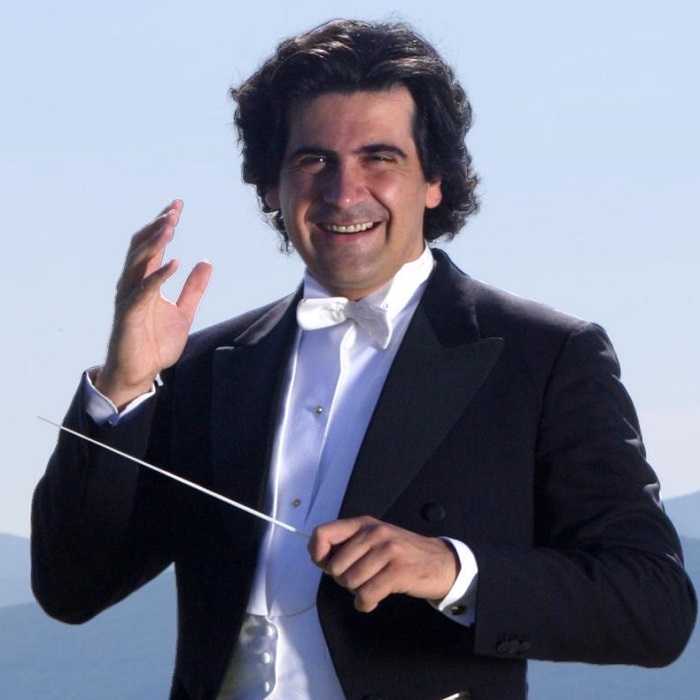 Alberto Veronesi ( Milan , 2 April 1965 ) is an Italian conductor .
Son of Umberto Veronesi , Alberto Veronesi studied at the Giuseppe Verdi Conservatory in Milan piano with Ely Perrotta, composition with Renato Dionisi and Adriano Guranieri, conducting with Gabriele Bellini. After graduating, in 1992 he founded the Cantelli Orchestra of Milan, becoming its artistic and musical director. The orchestra plays music by Beethoven , Berg , Brahms and Mendelssohn .
In 1996 with the Orchestra Cantelli he made his debut at the Easter Festival ( Osterfestspiele ) in Salzburg , at the invitation of Claudio Abbado .
In 1998 he made his operatic debut at the Brooklyn Academy of Music of the Spring Festival in New York in the direction of Falstaff by Salieri . The following year he made his debut in Milan at the Teatro alla Scala ; appointed music director of the Festival Puccini Foundation of Torre del Lago , he directed all the composer's works.
In 2000 he made his debut in Florence at the Maggio Musicale Fiorentino and the following year he was nominated artistic and musical director of the Sicilian Symphony Orchestra of Palermo, with which he performed complete cycles of the symphonies of Beethoven, Bruckner , Mahler and Shostakovich . In this year it also highlights the twentieth century of Italian symphonic music and develops a program dedicated to contemporary works.
In 2002 he made his debut at the Tel Aviv Opera Theater with the Andrea Chénier of Umberto Giordano . The following year his production of La bohème at the Puccini Festival won the Abbiati Prize awarded by the Italian critics Music Association.
In 2004 directs the NHK in Tokyo Madama Butterfly by Puccini , opera in charge back to Athens the following year.

In 2006 he directed Tosca at the Puccini Festival. He also began his collaboration with the Deutsche Grammophon musical label with Puccini ( Edgar , with the Orchestra and Choir of Santa Cecilia and Plácido Domingo ). He also received the "Lorenzo il Magnifico" European Prize from the Florence International Medicean Academy.
In 2007 he directed the Medici di Ruggero Leoncavallo at the Puccini Festival on the occasion of the 150th anniversary of the composer.
In 2008 he recorded La Nuit de Mai , a selection of opera arias and passages by Ruggero Leoncavallo, sung by Plácido Domingo and accompanied by the Orchestra of the Teatro Comunale di Bologna. He directs the Wiener Philharmoniker in a concert of rare Puccini arias sung by Plácido Domingo and Violeta Urmana . In Bologna he also directed the Filarmonica of the Teatro Comunale di Bologna in the performance of Beethoven 's Ninth Symphony .
Since 2013 he is principal conductor of the Shanghai Opera House.
Among other positions held, he is Music Director of the Opera Orchestra of New York since 2011 , artistic director of the Teatro Comunale Philarmonica of Bologna and first permanent director of the Fondazione Teatro Petruzzelli of Bari. 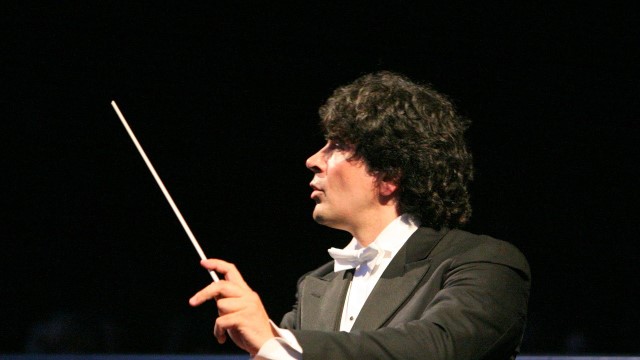