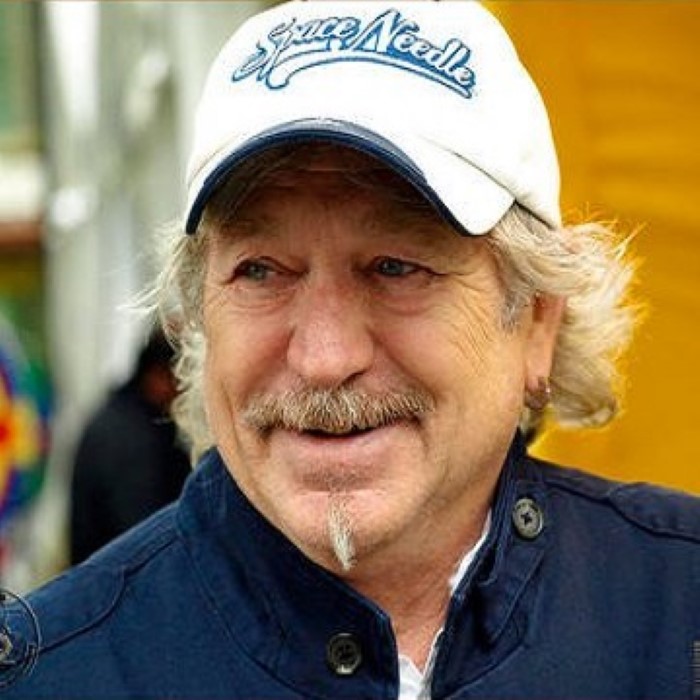 Pete "Wyoming" Bender (born September 14, 1943 in Neubreisach , Alsace , Died February 15, 2014 ) was an American singer and composer of Indian descent.
Life :
Born in Alsace in Frnch to American-American parents, Pete "Wyoming" Bender spent his childhood and youth in the United States , where he played saxophone , drums and guitar in his high school band. Later, he performed with his first band in Army clubs and high school dance events. In 1962 he came to Germany, where he toured as a singer of the band The Flaming Stars 1964 by the star club scene in Germany. Later he founded his own band with musicians from London and Liverpool.
He had joint appearances and tours with Alexis Korner in London and Liverpool, with Tony Sheridan in German-speaking countries, as well as several charity appearances for organizations such as Greenpeace , the Indian Movement and the AIDS Aid .
In 1974, Bender came to Berlin, founded together with Klaus Mäurich (guitar), Jonas Bergler (bass) and Rolo Rodriguez (drums), the group Do not Worry and played regularly in the then-known folk clubs Folkpub and Go In . In 1979, he met Joe Kučera , who became his musical accompanist on the saxophone. His most commercially successful period began in 1982 with a newly formed band and the release of his LP as if it was nothing . This was created in the AUDIO Studios Berlin in coproduction with Stan Regal in the period from September to November 1981. He landed his biggest hit in 1982 with I loved this woman.With this song he was in November 1982 one of the interpreters of the last edition of the music show disco . Other well-known titles are this LP It's the Force, I Never Want War Again, Just a Stranger or No More Win. This was followed by numerous German-wide appearances in German and (West) Berlin jazz and folk clubs such as the " Eierschale ", Joe's Bierhaus, Sudhaus or the Quasimodo . With his Pete Wyoming Bender Band he went on tour in 1983 as a supporting act for Chris de Burgh , and in 1986 he performed with Joy Fleming, In the following years followed performances in other Berlin jazz clubs such as the Flöz, Badenscher Hof and Yorkschlösschen (here also in small cast) and until recently with changing musicians and as a guest musician in the Rickenbackers Music-Inn.
Bender composed the music for the musical The Butterflies are free and for several films by Atze Brauner . In 1999 and 2000 he was nominated for a NAMMY ( Native American Music Award ).
Pete "Wyoming" Bender was a member of the Lions Club Berlin Meilenwerk. In 2009, the club elected him president. 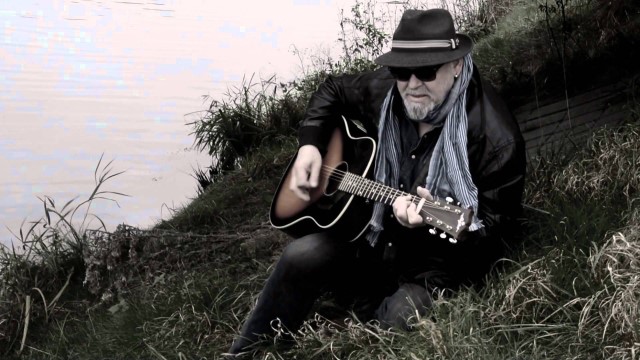