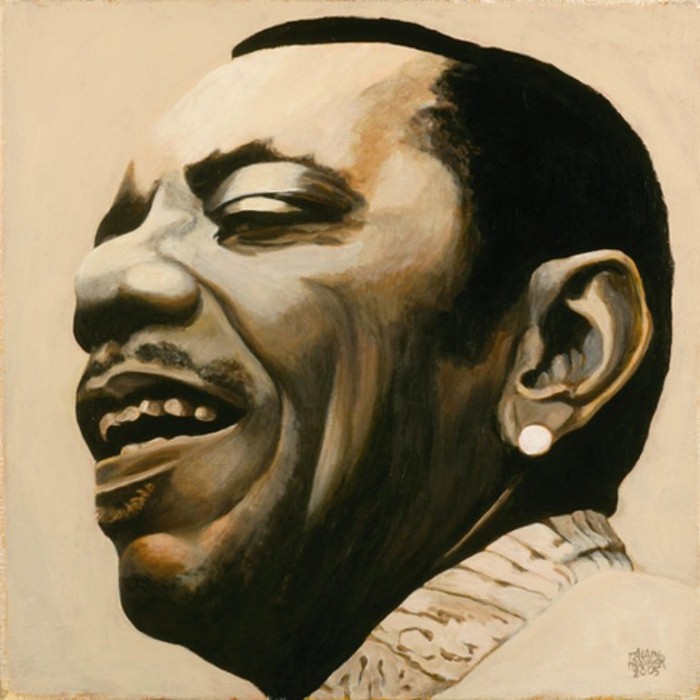 William Thomas Dupree (birth date disputed; died January 21, 1992, in Hanover, Germany), best known as Champion Jack Dupree, was an American blues pianist. He was the embodiment of the New Orleans blues and boogie woogie pianist. On his best known album, Blues from the Gutter, for Atlantic in 1959, he was accompanied on guitar by Larry Dale, whose playing on that record inspired Brian Jones of The Rolling Stones. Although best known as a singer and pianist in the New Orleans style, Dupree occasionally pursued more musically adventurous projects, including Dupree `n` McPhee, a collaboration with English guitarist Tony McPhee.

Dupree's birth date is disputed, given as July 4, July 10, and July 23, in the years 1908, 1909, or 1910. He died January 21, 1992, in Hanover, Germany. Dupree's playing is almost all straight blues and boogie woogie, with no ballads or pop songs, not even blues ballads. He was not a sophisticated musician or singer, but he had a wry and clever way with words: "Mama, move your false teeth, papa wanna scratch your gums." He sometimes sang as if he had a cleft palate and even recorded under the name Harelip Jack Dupree. This was an artistic conceit, as Dupree had excellent clear articulation, particularly for a blues singer.

He sang about life as he found it, singing about jail, drinking, drug addiction, although he himself was a light drinker and did not use other drugs. His "Junker's Blues" is still sung in New Orleans, and was also transmogrified by Fats Domino into his first hit "The Fat Man". Dupree's songs included not only gloomy topics, such as "TB Blues" and "Angola Blues" (about the infamous Louisiana prison farm), but also cheerful subjects like the "Dupree Shake Dance": "Come on, mama, on your hands and knees, do that shake dance as you please".

On his best known LP, 1958's "Blues from the Gutter" for Atlantic, he was accompanied on guitar by Larry Dale, whose playing on that LP inspired Brian Jones (of Rolling Stones fame) ("Yeah! I have to play this… what a sound").
Dupree was a New Orleans blues and boogie-woogie pianist, a barrelhouse "professor". His father was from the Belgian Congo and his mother was part African American and Cherokee. His birth date has been given as July 4, July 10, and July 23, 1908, 1909, or 1910; the researchers Bob Eagle and Eric LeBlanc give July 4, 1910.
He was orphaned at the age of eight and was sent to the Colored Waifs Home in New Orleans, an institution for orphaned or delinquent boys (about the same time, Louis Armstrong was also sent there as a child, after being arrested as a "dangerous and suspicious character". Dupree taught himself to play the piano there and later apprenticed with Tuts Washington and Willie Hall, whom he called his father and from whom he learned "Junker's Blues". He was also a "spy boy" for the Yellow Pocahontas tribe of the Mardi Gras Indians. He soon began playing in barrelhouses and other drinking establishments.
He began a life of travelling, living in Chicago, where he worked with Georgia Tom, and in Indianapolis, Indiana, where he met Scrapper Blackwell and Leroy Carr. He also worked as a cook. In Detroit, after Joe Louis encouraged him to become a boxer, he fought 107 bouts, winning Golden Gloves and other championships and picking up the nickname Champion Jack, which he used the rest of his life.
He returned to Chicago at the age of 30 and joined a circle of recording artists, including Big Bill Broonzy and Tampa Red, who introduced him to the record producer Lester Melrose. Many of Dupree's songs were later credited to Melrose as composer, and Melrose claimed publishing rights to them.
Dupree's career was interrupted by military service in World War II. He was a cook in the United States Navy and was held by the Japanese for two years as a prisoner of war.
After the war, his biggest commercial success was "Walkin' the Blues", which he recorded as a duet with Teddy McRae. This led to several national tours and eventually a European tour. In 1959 he played an unofficial (and unpaid) duo gig with Alexis Korner at the London School of Economics.
Dupree moved to Europe in 1960, settling first in Switzerland and then Denmark, England, Sweden and, finally, Germany. On June 17, 1971, he played at the Montreux Jazz Festival, in the Casino Kursaal, with King Curtis, backed by Cornell Dupree on guitar, Jerry Jemmott on bass and Oliver Jackson on drums. The recording of the concert was released in 1973 as the album King Curtis & Champion Jack Dupree: Blues at Montreux on the Atlantic label.
During the 1970s and 1980s he lived at Ovenden in Halifax, England. A piano he used was later discovered at Calderdale College in Halifax. He continued to record in Europe with the Kenn Lending Band, Louisiana Red and Axel Zwingenberger and made many live appearances. He also worked again as a cook, specializing in New Orleans cuisine. He returned to the United States from time to time and performed at the New Orleans Jazz & Heritage Festival.
It seemed that Dupree could not escape from the prejudice and racism anywhere he settled in the United States. Finally in late 1958, he decided to move to Europe. Over the next 32 years, he lived in a number of locales in Switzerland, France, England, Denmark and Germany. He also recorded a multitude of wonderful albums during this time for a long list of European labels. Among these is the outstanding live recording, "Blues at Montreux" on Atco that also featured sax great, King Curtis.
He died from complications of cancer on January 21, 1992 in Hanover. As one of the most prolific recording Bluesmen of all time, he left a large catalog of material. Champion Jack Dupree was posthumously honored by the Blues Foundation, receiving election into their Hall of Fame, along with "Blues From The Gutter" being selected as an entry as a "Classic of Blues" recording (Albums).