The Mindbenders - A Groovy Kind of Love

The Mindbenders were an English beat group from Manchester, England. Originally the backing group for Wayne Fontana, they were one of several acts that were successful in the mid-1960s British Invasion of the US charts, achieving major chart hits with "Game of Love" (a number-one single with Fontana) in 1965 and "A Groovy Kind of Love" in 1966.
Wayne Fontana founded the band in 1963 with Bob Lang, Ric Rothwell, and Eric Stewart. The group was later joined by Grahame Foote. The name of the group was inspired by the title of a 1963 UK feature film, starring the British actor Dirk Bogarde, called The Mind Benders. Wayne Fontana & the Mindbenders released a number of singles before recording "Um Um Um Um Um Um" in 1964, which was to be their first major hit in Britain and led to a tour with Brenda Lee. They also had a No.1 hit in the United States with "Game of Love" in 1965 (which also reached No.2 on the UK singles chart).
After a tour of America and some more singles that were less successful than "Game of Love", Fontana left the band in the middle of a concert in 1965. Stewart became the lead singer of the band, which henceforward was known simply as the Mindbenders.
The Mindbenders' first single without Fontana was the hit "A Groovy Kind of Love" (a Carole Bayer Sager / Toni Wine composition). The song reached No. 2 in the US (No. 1 on the Cashbox singles chart) and No. 2 in the UK in 1966. It sold one million copies globally. The Mindbenders' 1966 album of the same name, however, was a failure.
A second song by Bayer and Wine, "Ashes to Ashes," took the Mindbenders to No. 14 in the UK Singles Chart in the autumn of 1966, after an earlier effort in 1966, "Can't Live With You (Can't Live Without You)" had struggled to break the UK Top 30.
On 4 July 1966, the Mindbenders began their last US tour in Atlanta, Georgia in front of a capacity 25,000 crowd as the support act for James Brown. Stewart recalled that "we went down quite well" but that later shows at the Fillmore West Auditorium on Friday 8 July and Saturday 9 July 1966 were more memorable. "The liquid light show was great and really worked with our act, which was a lot heavier than on our records."
Stewart had become a songwriter, and wrote "My New Day and Age" for Family. However, the Mindbenders sought material from outside the band. Their next project was a concept album, several months before Sgt. Pepper's Lonely Hearts Club Band, S.F. Sorrow and Tommy were issued. The Mindbenders release, With Woman in Mind, contained "I Want Her, She Wants Me" (written by Rod Argent of The Zombies), "Ashes to Ashes", and the lascivious "Schoolgirl". The album did not sell well and was not even released in the US. The accompanying single, another Bayer/Wine composition, "We'll Talk About It Tomorrow" also flopped.
The Mindbenders appeared in the 1967 Sidney Poitier movie, To Sir, with Love and were also on the soundtrack with the songs "Off and Running" and "It's Getting Harder All the Time". Rothwell quit the band and was replaced by Paul Hancox. The Mindbenders released their cover version of "The Letter" which fell short at No. 42 in the UK singles chart (the last time The Mindbenders registered a single in the UK charts), whilst The Box Tops original reached the UK Top 10. A couple more flops followed and in March 1968, Lang quit and was replaced by Graham Gouldman; with him the band recorded a final single "Uncle Joe, the Ice Cream Man".
On 20 November 1968, they broke up at the final concert of a UK tour with The Who, Arthur Brown and Joe Cocker. Stewart and Gouldman went on to form Hotlegs and, much more significantly, the band 10cc.
Lang later joined another rock music outfit, Racing Cars. They had one hit single, "They Shoot Horses, Don't They?", which reached No. 14 in the UK Singles Chart in 1977.
In the 1970s, Grahame Foote joined with original members Lek Leckenby and Barry Whitwam of Herman's Hermits after the exit of Peter Noone. Although Leckenby died in 1994, Foote has continued with the Hermits through to the present. 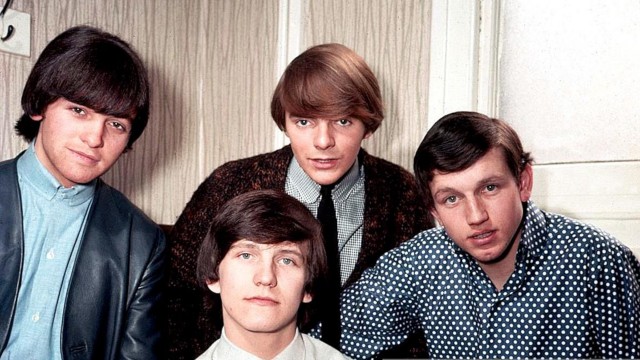