Amy Elizabeth Ray (born April 12, 1964) is an American singer-songwriter and member of the contemporary folk duo Indigo Girls. She also pursues a solo career and has released six albums under her own name, and founded a record company, Daemon Records.
Born in Decatur, Georgia, Amy Ray met Emily Saliers when they both attended the same elementary school. They began performing together and recorded a demo in 1981. After graduation, Ray and Saliers went to different colleges with Ray attending Vanderbilt University. By 1985, both women had transferred to Emory University in Atlanta and formed the Indigo Girls. In 1986, Ray graduated from Emory with majors in English and Religion.
In March 2001, Ray released her first solo album, Stag, a southern and punk rock album. The Butchies, a punk band whose members include Kaia Wilson, Melissa York, and Alison Martlew, provided support for five songs, and Joan Jett played on "Hey Castrator". In April 2005, Ray released the softer edged Prom, and in December 2006, she released Live from Knoxville. Her fourth solo album, the melodic Didn't It Feel Kinder, was released in August 2008. Lung of Love, which has more of an indie-rock sound, was released in 2012.
Her backup band for her Stag tour was The Butchies. In 2004, when she embarked on her Prom tour, she brought Les Nuby (guitar), Will Lochamy (drums), and Jody Bleyle (bass). Tara Jane O'Neil replaced Bleyle when she began maternity leave in October. Ray's backup band for her 2012 Lung of Love tour was The Butchies. Jenn Stone, former keyboard player for Kesha, also performed on the tour.
Ray currently lives in the foothills of North Georgia. She and her partner, Carrie Schrader, have a daughter, Ozilline Graydon. 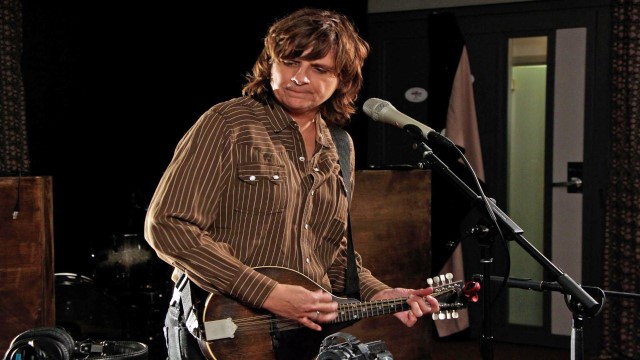