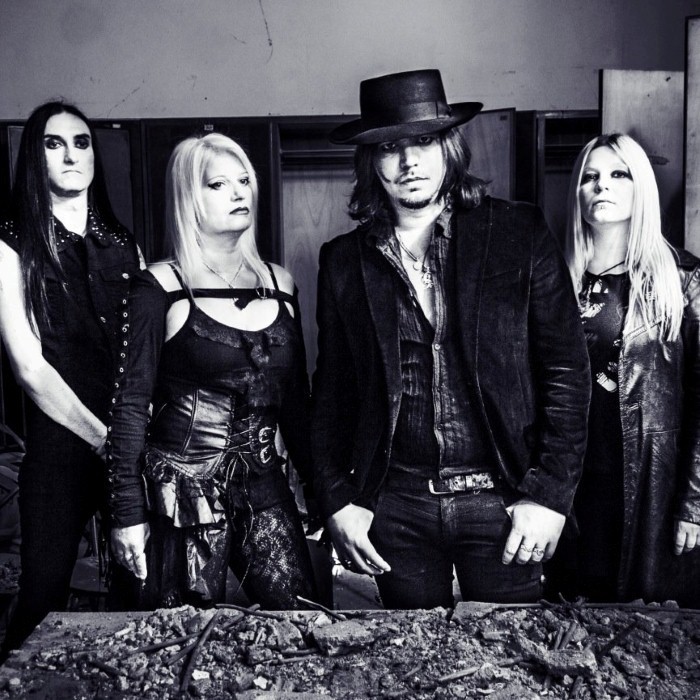 The Stompcrash - The London Fog
4 x

The Stompcrash - Wake Up in a Grave
4 x

The Stompcrash - Wake up in a Grave
4 x

The Stompcrash - Love from Hell
4 x

The Stompcrash - The Leaves Begin to Fall

The Stompcrash was born in Milan in 2002 as a darkwave project inspired by the gothic stories of writers like Lovecraft, Poe, Kafka. Tales about love and death. The first album “Requiem Rosa” was released in 2007 for Nomadism Records as the result of researching melodies and atmospheres to give special emphasis to every story told. The aim of the band was to catch all the energies and emotions felt and put them in songs. “Requiem Rosa” contains some classic like “Dorian”, “The London Fog” and “Like a noise” and achieved great reviews from all the gothic scene all over the world.

After involvements in compilations from Greece, Russia and Germany in 2009 a new song called “The Buried Cat” was released for german magazine “Dark Spy vol. 21” and the same year the band was included in the english goth journalist Mick Mercer’s book titled “Music To Die For”.

In 2010 the band start to look for new musical directions writing new songs and began the collaboration with Alkemist Fanatix Management, in 2011 the agreement with DreamCell11 for a new album is signed.

In February 2011 the new album “Directions” is released, The Stompcrash is back with a whole new sound, more fine and conscious, 12 new tracks in a new album called “Directions”, an album about love, sorrow, regret, about blood on the wheels of history, about how in life “behind each corner new directions lie in wait”.

Year 2013 is presenting like a great year for the band playing in two Europeans festival like Emergency Exit Festival in Austria and Dark Munich Festival 2 in Germany and to a UK Tour in June. In January 2014 a new agreement with Cold Insanity Music is signed for a new album released in April 2014 titled “Love from Hell” which contains collaborations with two great bands on to songs, “The Last Cry” from UK and “Aeon Sable” from Germany. A new video is relased for the single “Love from Hell” and the song “Follow you” is included in the “This is Gothic Rock vol1” compilation.

In the first part of 2014 The Stompcrash played at Dark Diamond Fest and at WGT 2014 Wave Gothic Treffen in Leipzig.
Lexxy has joined the band as new drummer in July 2014, in October a new video for the song “Bloodnever” is released.