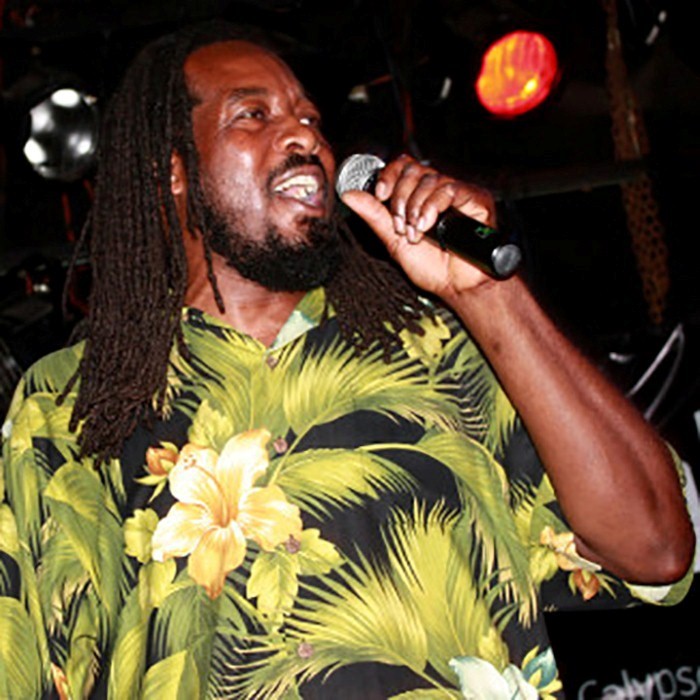 For more than a decade, Jabba has been stirring things up as one of the most recognizable and versatile personalities involved in the reggae culture. Since the early '90s, he has served as one of the driving forces behind the world-renown Massive B Sound System and record label.
A highly respected DJ, promoter and host, Jabba still finds time to produce tracks for such notable artists as Elephant Man, Bounty Killer, Vybz Kartel, and Damian "Jr. Gong" Marley, to name a few. In addition to that, Jabba holds down two radio jobs; "On the Reggae Tip" with the rest of his Massive B crew on New York's Hot 97.1 FM and "Reggae Riddims" on Sirius Satellite Radio Ch. 32. "On the Reggae Tip" is currently the highest reggae/calypso show on New York radio. The busy jock even found time to make his acting debut playing "Dangles" in the 2002 film Shottas.
Jabba's tenure as one of New York's most successful reggae promoters in ongoing, thanks in part to his annual birthday party, "Jabba Strikes Back," which is attended by thousands of supporters every September. He also promotes a yearly "Spring Affair Party" in Brooklyn, NY that enjoys similar success. In fact, most Jabba promoted events are packed from wall-to-wall with music lovers-Just anyone that's attended his annual "Modeling Affair" in Harlem.
Despite all of his accolades as an individual, it's Jabba's partnership with Massive B founder Bobby Konders that continues to be his most fruitful endeavor. Continuing to contribute to the reggae community as new host of Pull Up Selecta, Tempo is thrilled to have this legend join its family.