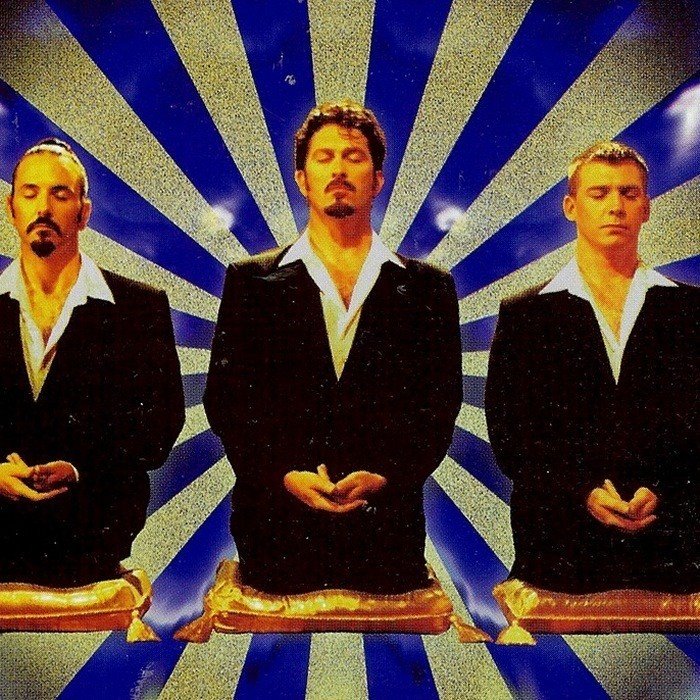 Into the Land of Promise (0)

Melody deal
In early 1999 the band signed a deal with Melody Management and Universal publishing. In the same year, their third album "Into The Land Of Promise" was released on license through Warner Music. This album yielded two singles "Secret Country" (featuring Jimmy Little) and "The Men Who Ran Away From The Circus". Both singles gained airplay on Triple J and other ABC radio stations nationally.

"Into The Land Of Promise" took out the Year 2000 ARIA Award for Best Adult Contemporary Album, making it two in a row for Brendan Gallagher who produced the 1999 winner, Jimmy Little's Messenger.

Karma County toured from Cairns to Albany and beyond before going on a seven-week tour of Europe, UK and North America in July 2000. Tour highlights included performances at WOMAD festivals in Hanover, Reading and Seattle, opening the Australian Film Festival in Rome and guesting with Jimmy Little at Shakespeare's Globe Theatre in London.

Four State Tour
In 2001, the band completed a four state tour showcasing new material including "Where Could I Go But Home", the first single released from their album "Happy Birthday Dear Customer". After they toured the album with guests Lindsay Page on Piano and Cameron Bruce on keys, they were the backing band for a Carole King Tribute show, Tapestry, featuring the vocal talents of Jenny Morris, Vika & Linda Bull, and Jodi Phillis. With Michael Galeazzi (bassist) as musical director, the show played packed concert halls in Brisbane, Adelaide, Melbourne, Sydney and Perth during early September 2001, receiving rave reviews.

Recent actions
Karma County have often toured with associate members such as Bruce Reid on lap steel and guitar, Lachlan Doley on Keys and Cameron Bruce on Keyboards/Vocals. Of late, they have resigned themselves to keeping the band as a trio.

In August 2004 the band released a 12-track album, Pacifico, on the independent label Littoral Records.

In October 2008 the band released a 36-track double album, "Headland" through Vitamin Records.