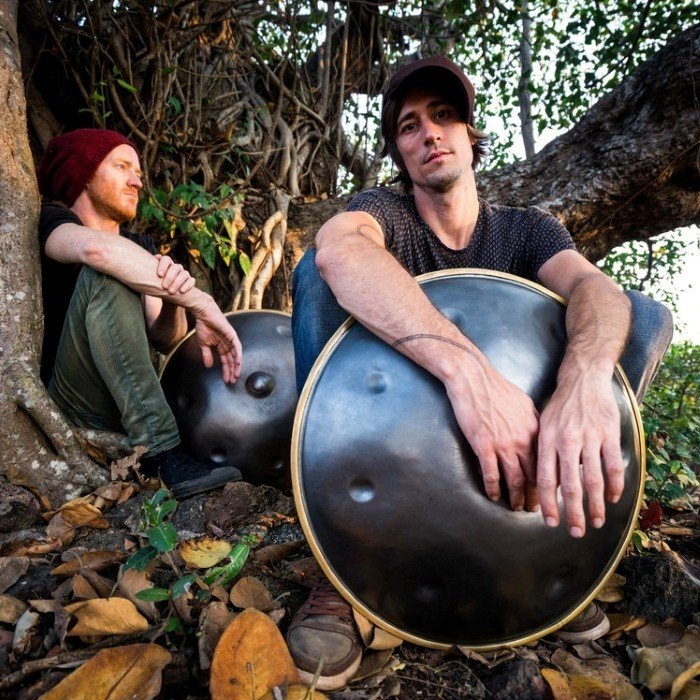 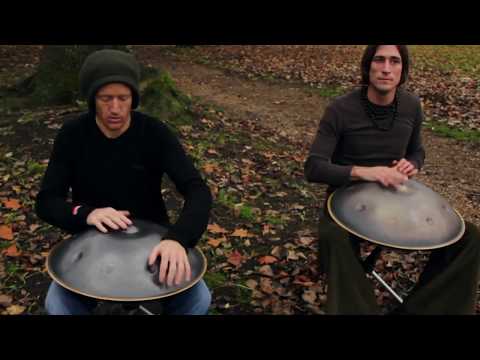 In December of 2011 Hang Massive released their first online video and music release ‘ Once Again ‘. That video spread virally and since then has been seen more then 60 million times online and viewed in countries all around the world. That success introduced millions of people to an amazing new instrument and was the basis for a global and dedicated fan base excited to hear more offerings from this unique musical project.

The founding members of Hang Massive are Danny Cudd and Markus Offbeat. They met on the shores of Goa, India where for many years they passed the winter months enjoying the enlivening and creative vibe that flourishes there each season. From India they journeyed back to the UK where they began living and playing music together in the historic town of Bath Spa.

In the summer of 2012 Hang Massive followed the release of ‘ Once Again ‘ with their first album ‘ Beats For Your Feet ‘ a collection of live studio recordings that further showcased the duos unique and hypnotic style of composition and performance. Clearly demonstrating influences from a range of electronic music genres, their blend of ethereal, acoustic sounds and familiar upbeat style connected with a diverse, global audience and this greatly inspired them to continue on.

Continually experimenting, the following years saw the duo release a wide range of hang inspired music including a four track electronic EP with Bristol based producer Bleecker, a new and improved live album ‘ As It Is ‘ an incredible full length album with ‘ The Many Rivers Ensemble ‘ and a first single release ‘ Marine Migration ‘ with UK producer J Rokka.

2016 saw the release of ‘ Distant Light ‘ the bands first studio album which saw the hang playing duo join forces with Victoria Grebezs and Morgan Davenport. The combination of talents brought a new vibe to the album as the sound of the hang was combined with tasty beats, lush sound design, live instruments, great song writing and incredible production. The original and well loved vibe and sound of Hang Massive was well maintained whilst introducing fantastic new elements, sure to connect with a wider audience.

Hang Massive are currently on a global tour performing a mixture of songs from the album Distant Light as well as a selection of earlier works from their live albums. With many successful live events already under their belt and with tours planned in Europe, Russia, India, Australia, New Zealand and beyond, Hang Massive are building on their already well established reputation as producers of great records and are now gaining recognition worldwide as an incredible live act!

The team have recently joined forces with Integrity Publishing in the UK and are also currently involved in a range of exciting and varied projects around the world. Expect to see a lot more from this group in the coming years.

The music of Hang Massive is sourced in the teachings of Balanced View, a global grass-roots organisation for human empowerment and social change. Both Danny and Markus have been students of Balanced View and the founder Candice O’Denver for many years. Candice is a formal lineage holder of the Nyingma Dzogchen lineage. Candice’s root teachers are H.H. Minling Trichen Rinpoche and Venerable Wangdor Rinpoche. 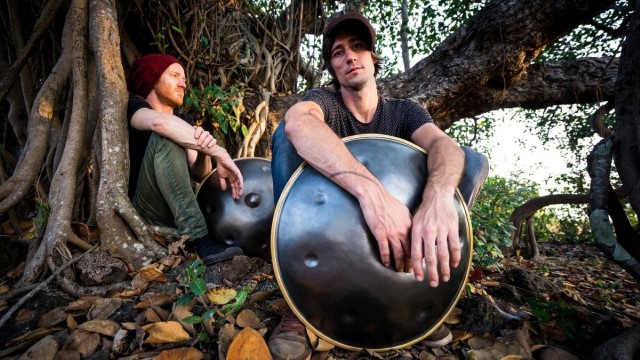