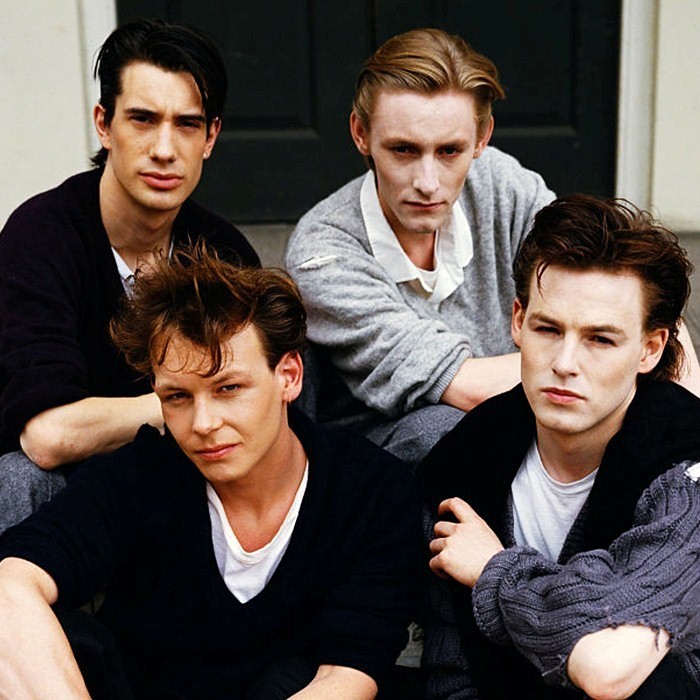 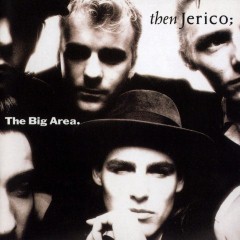 Then Jerico were a British rock band from the late 1980s.
Then Jerico produced two outstanding albums of creative songwriting, instrumentation, arrangement and production. The singles "Big Area" and "Sugar Box" being especially memorable. The song "Big Area" was featured in the 1989 science fiction film "Slipstream" starring Mark Hamill.
The band included singer Mark Shaw, bassist Jasper Stainthorpe, drummer Steve Wren, and guitarist Scott Taylor.
The band played at The Limelight Club in NYC in 1983 and signed to London Records in 1984. The single "The Big Sweep" was recorded for London but they objected to the lyrical subject matter (an anti-Robert Maxwell/Rupert Murdoch statement). It was initially released by the track's producer Martin Rushent on his own Immaculate label in 1985 and later as a limited edition by London Records along with the new song, "Fault".
The band's songs "Muscle Deep" and "The Motive" charted in 1987. They enjoyed success with two albums, First (The Sound of Music) (1987) co-produced by Mark Shaw and Owen Davies, which reached number 35 in the UK Albums Chart, followed by The Big Area in 1989 that went gold and reached number 4 in the UK Albums Chart. Producer Rick Nowels took care of about more than half of the tracks on that album which also led to the appearance of Belinda Carlisle on side vocals on the single "What Does It Take".
Released in 1988, ahead of the group's second album, "Big Area" achieved their greatest chart success, peaking at number 13 in the UK Singles Chart.
The original Then Jerico line-up split up in early 1990, with Mark Shaw leaving the band to pursue a solo career. He released his only studio album, Almost for EMI in 1991. It was produced by guitarist Andy Taylor and included two singles "Love So Bright" and "Under Your Spell". Mark Shaw has also worked off and on with Spandau Ballet lead singer Tony Hadley and the SAS Band.
In 1998, Shaw re-activated Then Jerico, writing the materials for Orgasmaphobia, a self-financed album released on Eagle Rock. The album was co-produced by Mark Shaw and Andy Taylor with collaborations from Taylor, Simple Minds' keyboard player Mick MacNeil and author Iain Banks. In 2000, a live album Alive & Exposed was released by Yeaah! Records credited to 'Then Jerico... Mark Shaw Etc.'. It was a recording made in the summer of 1992 of a concert at The Grand Theatre, Clapham in London. It contained a new song "Step into The Light".
Shaw embarked on a new Then Jerico tour in 2012 with an original line-up of the band, made up of Mark Shaw, guitarists Rob Downes and Scott Taylor, bass player Jasper Stainthorpe and drummer Steve Wren.
A Reprise Tour was launched for 2013 to promote the release of the 'Reprise' compilation album on Warner / Rhino Music with a number of appearances including at Henley's Rewind the 80s Music and at the Let's Rock Bristol festivals.
As of February 2014 the 'original' Then Jerico called it a day; however, lead singer Mark Shaw has continued, as he vowed to do, with a new and improved line-up to fulfill Let's Rock festival dates in May, June and July. In 2015 Shaw has been playing club shows prior to a new album release in 2016 and a forthcoming performance at "Let's Rock London", Clapham Common, London, on 16 July 2016.