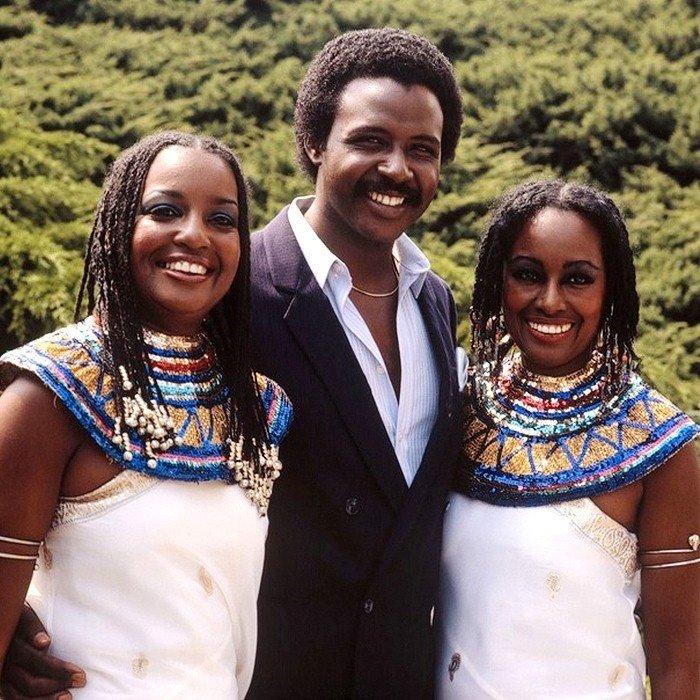 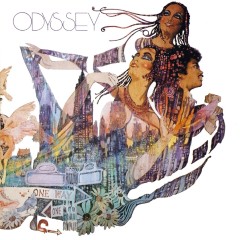 Odyssey is originally a New York City, United States-based singing group, best known for their 1977 hit "Native New Yorker," and a series of other mainly dance and soul hits in the late 1970s and early 1980s. Now based in the United Kingdom, the band is led and fronted by Steven Collazo and continues to perform and record.
The group began as the Connecticut-born "Lopez Sisters" group, featuring Steven Collazo's mother, Lillian Lopez (Lillian Lopez Collazo Jackson; November 16, 1935 – September 4, 2012), Louise Lopez (February 22, 1933 – January 28, 2015), and Carmen Lopez (born July 12, 1934), the latter having left the group before Odyssey, as the act would come to be known after her departure, was conceived.
Filipino bassist and singer Tony Reynolds joined the group soon after "Native New Yorker", originally by Frankie Valli, reached no. 21 on the Billboard Hot 100, no. 5 in the UK Singles Chart. A string of albums and singles followed and the group managed another R&B chart hit, "Inside Out", written by Jesse Rae, produced by Jimmy Douglass and featuring music performed by session musicians. It peaked on the US charts at no. 12 and in the UK went to no. 3 in 1982. The song was ranked at number 15 among the "Tracks of the Year" for 1982 by NME.
Reynolds, for unknown reasons, left after the first album and was replaced by Fayetteville, North Carolina native William "Bill" McEachern, who remained with the group throughout the remainder of its RCA Records output. During that time, Brooklyn-born Steven Collazo joined the group as keyboardist, vocalist and musical director. Tony Reynolds died on February 2, 2010 in Jamaica, Queens, New York.
In the United Kingdom, the band, with its diverse musical style had more chart success, totalling five Top Ten hits between 1977 and 1982. One of them, "Use It Up and Wear It Out", reached number one in the UK Singles Chart for two weeks in 1980. The UK follow-up single, "If You're Lookin' for a Way Out" had Lillian Lopez on lead vocals; the single reaching no. 6 in 1980 and spending a total of fifteen weeks in the UK chart. Odyssey thus became the third US act of the year (after Fern Kinney and M.A.S.H.) to reach number one in the UK despite not charting in their home country. Their later hit "Going Back to My Roots" was written and originally recorded by Lamont Dozier.
After leaving RCA, Odyssey, composed of lead vocalist Lillian Lopez, Al Jackson and Steven Collazo, continued touring, performing, and making television appearances throughout the United Kingdom, Europe and the Middle East. Lillian Lopez and Jackson married in 2000, and retired from the music industry in 2003. Lillian died on September 4, 2012 of cancer. 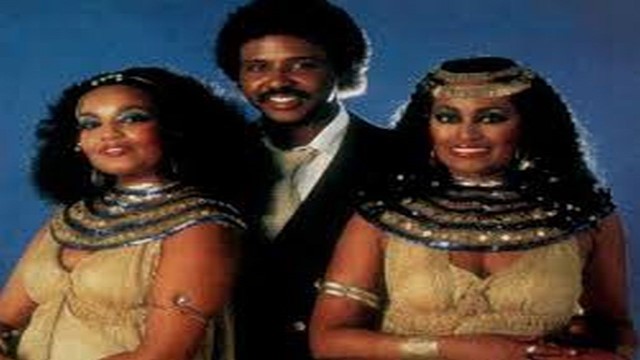