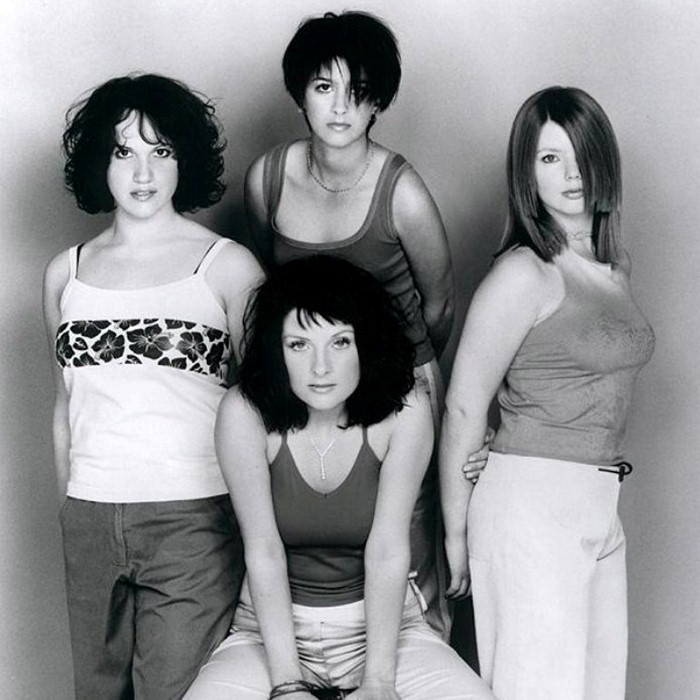 Hepburn were a four-piece British all-female pop rock band. The band released an album and three singles between 1999 and 2000, but were best known for their first single "I Quit", which reached number 8 on the UK charts. Hepburn was best known to American audiences when they appeared on the soundtrack to the TV series Buffy the Vampire Slayer. The band was made up of Jamie Benson (vocals), Lisa Lister (guitar), Sarah Davies (bass), Beverley Fullen (drums), Lisa Gordon (drums, replacement for Fullen), and Tasha Baylis (drums, replacement for Gordon).
The band began in 1997 when singer Jamie Benson met Lisa Lister at a party. Drummer Fullen knew Jamie from music school, and Davies was added to complete the lineup. Their name was inspired by the actress Audrey Hepburn.
Their first single, "I Quit", was a song co-written by Phil Thornalley. Thornalley had recently had major chart success with "Torn", which made Natalie Imbruglia a huge success, and Imbruglia reportedly had declined to record "I Quit." "I Quit" was released by Hepburn in May 1999 and peaked at number 8 on the UK Singles Chart.
Though a music video accompanied the release of the single, later in the year, a new video for "I Quit" shot using scenes from Buffy the Vampire Slayer, including scenes of the band on the sets of the show, and also with the band acting like vampires at The Bronze. The track appeared on the official Buffy soundtrack and was pushed to radio as a key track with the CD release, despite the fact that the song never appeared on the show (reportedly it was supposed to appear on the show with the band playing the background scenes, some of which appear in the video, but never did). The music video also appears on the Region 2 DVD release of the first season of Buffy the Vampire Slayer.
In September 1999, drummer Beverly Fullen left and was replaced by Lisa Gordon, and then Tasha Baylis. According to bassist Davies, Fullen left when her boyfriend, band co-manager Ashen Datchler, resigned. Datchler is brother of former Johnny Hates Jazz singer Clark Datchler, and friends with Thornalley, who was also a member of Johnny Hates Jazz in its later years.
Hepburn disbanded in the summer of 2000 after being dropped by Columbia Records, having released a total of three singles, all of which went top 20 in the UK, and one album. The album reached the UK Top 30 Albums despite receiving a vindictive review from NME. 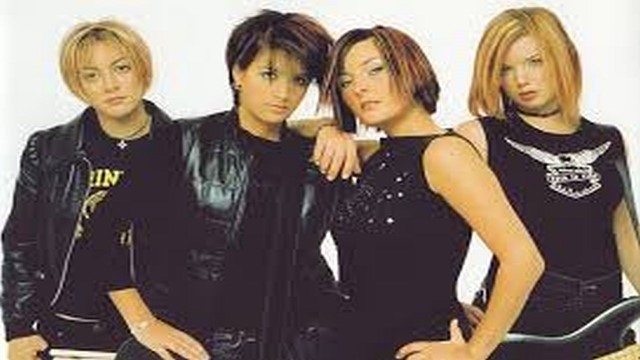