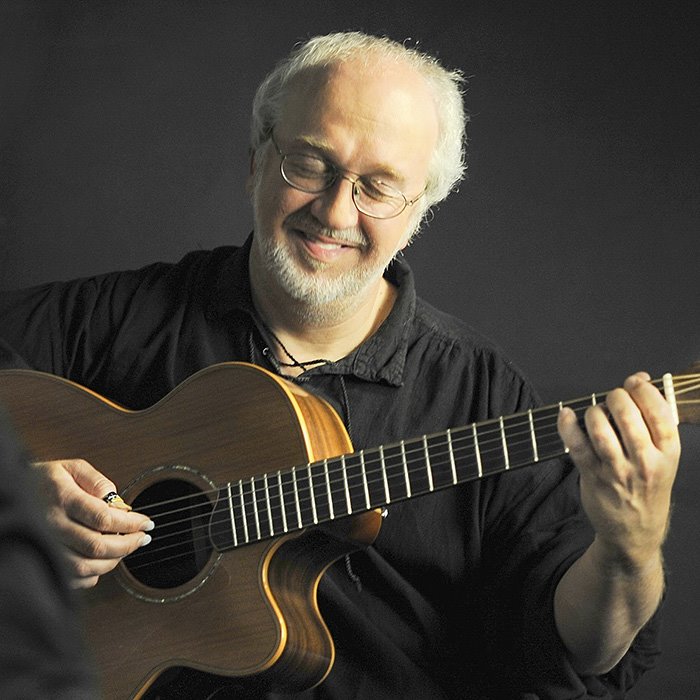 Ian Melrose was born in Middlesbrough, England. As a youth he moved back to Ayr in Scotland with his Scottish parents and younger brother. Ian’s father was a member of the Scottish Fiddle Orchestra, so traditional music was always there somewhere. His early influences were the famous figures from the “British school” of guitar-playing i.e. Davey Graham, John Renbourn, Bert Jansch and John Martyn.

Moving to Berlin in 1981, he has made a name for himself on the German acoustic scene initially with the trio Twilight, which won the 1985 Edinburgh Folk Festival folk group competition and subsequently recorded an album (“Twilight” – Modern Folk Arrangements”) for the Scottish label, Lismor. He then continued to make a name for himself as a solo fingerstylist and as a founder member of the folk-pop bands Be Mine or Run and Talking Water, as half of the duo Kelpie (with Kerstin Blodig) and of the Leuchter-Melrose Duo (with Manfred Leuchter) and as guitarist and arranger with the Celtic project Norland Wind.

A tour through Germany in 1996 with Norland Wind brought the contact to Noel & Padraig Duggan of CLANNAD, who in turn suggested Ian for the job of lead guitarist with Clannad for the May tour of Ireland, Great Britain and Holland. They immediately offered him the rest of the “World Tour ‘96”, which included Australia, New Zealand and Japan. You can hear Ian playing on the grammy-winning Clannad album “Landmarks” and on the “Clannad: Live in Concert” album, released in 2005. In January 2004 he was in Dublin playing on-, arranging and producing a CD for the Duggan brothers, “Rubicon”, which was released on MDM records.

He has also produced CDs for - among others – Tina McLoughlin (“Just for Now” – Claddagh Records), Kelpie (“Kelpie” – Westpark Musik), his own latest solo CD (“Around the Corner in 80 Minutes” – Acoustic Music Records), 2 Cds with the Leuchter-Melrose Duo (co-producer) and the CD “Up close and Personal” by the sensational Vicki Genfan.

After the tragic death of friend and producer, Mick Franke, Ian was signed up in 2001 by Europe’s most prestigious acoustic guitar label ACOUSTIC MUSIC RECORDS, and has quickly become one of the labels best-selling and major featured artists.

As well as the five solo CDs he has also written a book of guitar transcriptions of Scottish fiddle music, and has published (Acoustic Music) a Book/DVD about his style "Fingerpickers have more fun".

Apart from solo and ensemble concerts all over the world, including many major festivals (e.g. Montreal Jazz Festival (CAN), Celtic Connections (SCO), Open Strings (D), Dranouter Folk Festival (B), Kirkmichael & Ullapool Guitar Festivals (SCO), International Guitar Tour (Hungary), International Guitar Festival of Genua (It)) he does studio work for film and TV productions, and continues to produce and arrange for various artists. 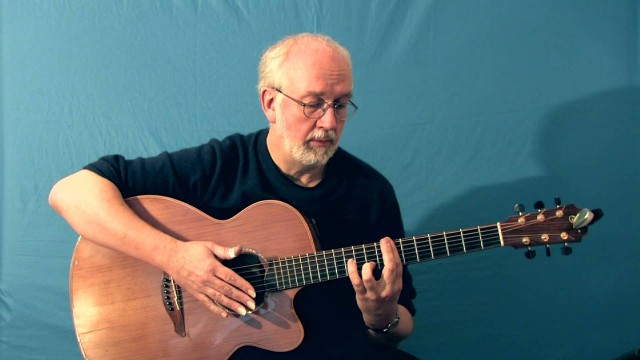