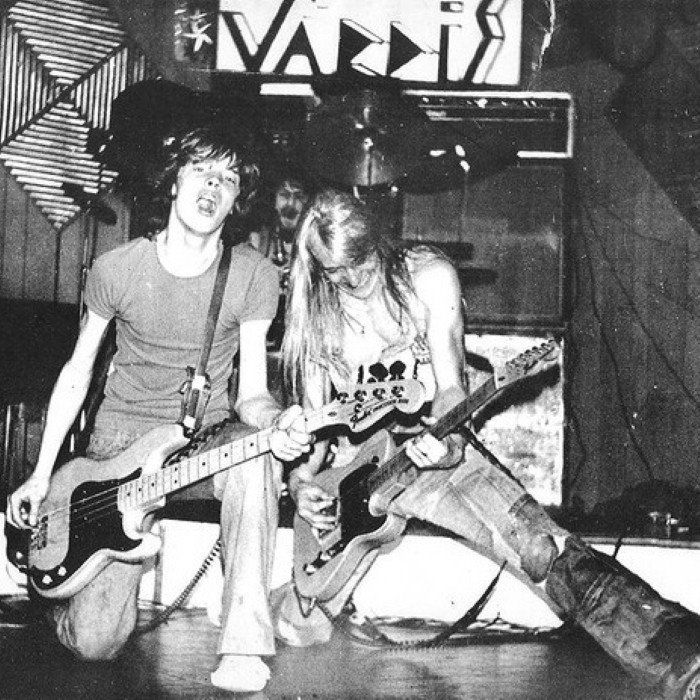 Vardis are an influential three-piece hard rock, boogie rock and heavy metal band from Wakefield, West Yorkshire, who enjoyed hits between 1978 and 1986, and reformed in 2014.
They formed a prominent part of the new wave of British heavy metal scene, then prevalent in the United Kingdom. They consisted of frontman Steve Zodiac on guitar and lead vocals, Alan Selway on bass guitar and Gary Pearson on drums. Alan Selway was later replaced by Terry Horbury (previously of Dirty Tricks) on bass guitar. With a new album Red Eye in 2016 the current lineup consists of Zodiac, Joe Clancy and Martin Connolly.

The band were originally formed under the name 'Quo Vardis' (Latin for 'whither goest thou?') because they did not know which direction they were going. This was later abbreviated to Vardis. Their first recordings were made at Holyground Studios in Cass Yard, Kirgate, Wakefied. The first ever track laid down on vinyl was titled "Jiving All Night Long" with the B-side titled "Stay with Me", both penned by Zodiac. This was followed up with a second record, both cover versions, those being "Roll Over Beethoven" (Chuck Berry) and "Don't Waste My Time" (Status Quo).
Vardis quickly gained notoriety for their high energy live performances, the unique approach of incorporating elements of 70's glam rock and heavy metal music and frontman Steve Zodiac's searing Fender Telecaster sound. Zodiac was reputable for playing Vardis concerts barefoot and bare chested, his look completed by long, naturally ice-blonde hair.
They took the unorthodox approach of comprising their debut album, 100MPH (1980), of entirely live recordings. This is largely considered to be their finest hour and gained the band a large following early on in their career. They were invited to play the Heavy Metal Holocaust music festival in August 1981 alongside Motörhead, Ozzy Osbourne and Triumph. Around 30,000 heavy metal fans were estimated to have attended with the PA reportedly reaching new heights of amplification at over 100,000 watts.

Their second album, released in April 1981 and called The World's Insane, featured a cover version of Hawkwind's "Silver Machine", and featured bagpipes played by Judd Lander, making it one of the few heavy metal albums of that time to ever feature bagpipes. The album also featured a guest appearances from Status Quo's Andy Bown on keyboards. In 1982, Steve Zodiac was voted in the top 15 rock guitarists by Sounds magazine readers.

Vardis dissolved in the mid 1980s amid lengthy legal disputes with former management.
Two compilation albums, The Best of Vardis (1997) and The World's Gone Mad: Best of Vardis (2002) have been released since their premature split, but no new material. Original Vardis records are rare and are valued in most record collector's books and guides. An original copy of 100 M.P.H. including the enclosed tour guide and poster has an estimated value of approximately £500 ($940).

Vardis reformed with the Zodiac/Horbury/Pearson lineup in March 2014, and performed at festivals in the U.K. and Germany until Gary Pearson's departure at the end of the year, with Hoplite Records reissuing a remastered edition of Vigilante (1986) on CD and digital download for the first time on 1 April. New drummer Joe Clancy was unveiled in January 2015, as Vardis announced plans to write and record new material. This new lineup released the EP 200 MPH on 18 July, the first new Vardis material in 29 years, to critical acclaim. In November 2015, Vardis penned a worldwide deal with SPV/Steamhammer, with the German label announcing the fifth Vardis album, Red Eye, had been scheduled for release in 2016. On 15 December, bassist Terry Horbury died suddenly after a short battle with cancer. Martin Connolly was announced as Vardis' new bassist two months later. 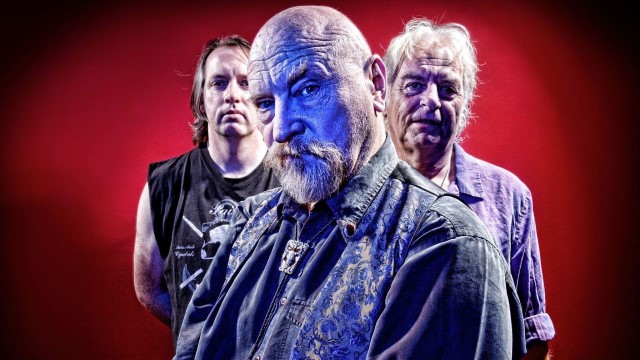