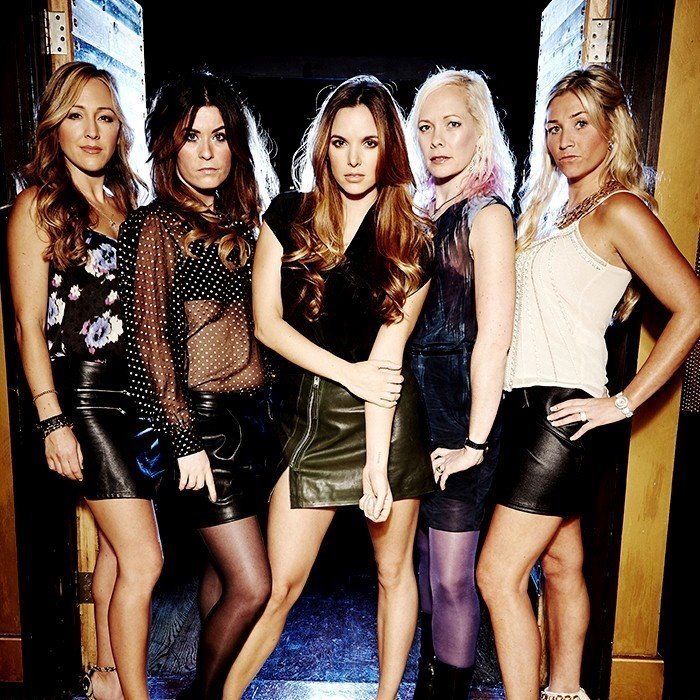 Girl Thing were an English-Dutch girl group, consisting of members Jodi Albert, Anika Bostelaar, Linzi Martin, Michelle Barber and Nikki Stuart. They were formed in 1998 by Simon Cowell and were originally intended to rival the Spice Girls, but their success was minor and short-lived. They sold 2 million records worldwide before disbanding in 2001.

The group reformed in 2013 for the second series of The Big Reunion to perform a one-off gig at the Hammersmith Apollo in 2014.
In 1998, Simon Cowell, having previously turned down the Spice Girls, decided to form his own girl group. Girl Thing's debut single "Last One Standing", written and produced by the Steelworks production team of Tim Lever, Mike Percy and Eliot Kennedy. "Last One Standing" received major promotion and media attention and was expected to top the UK Singles Chart with ease. Record company executives funneled huge amounts of money into the promotional campaign, including an appearance at the top of the Eiffel Tower. Girl Thing even pre-recorded their congratulatory interview with BBC Radio 1. However, the song ended up only charting at number eight. It also made the Australian top 20, where it achieved gold certification. Linzi Martin co-wrote the song "Bounce" for Aaron Carter (with Hawes and Kirtley) that featured on his second album, which went on to sell 3 million copies in 2000. After the failure of their second single "Girls on Top", which reached number 25, the album release was cancelled in Britain. It was, however, still released in Australia, New Zealand, India and Japan. The band also recorded the songs "Young, Free & Happy", "Extraordinary Love", "Summer Daze", "If That's What It Takes", "Last Goodbye" and "You Can Run but You Can't Hide". The band also recorded "Pure and Simple", before it was given to Hear'Say, the winners of ITV's Popstars.

In December 2013, the band reformed to take part in the second series of ITV2's The Big Reunion, and performed a one-off concert in March 2014