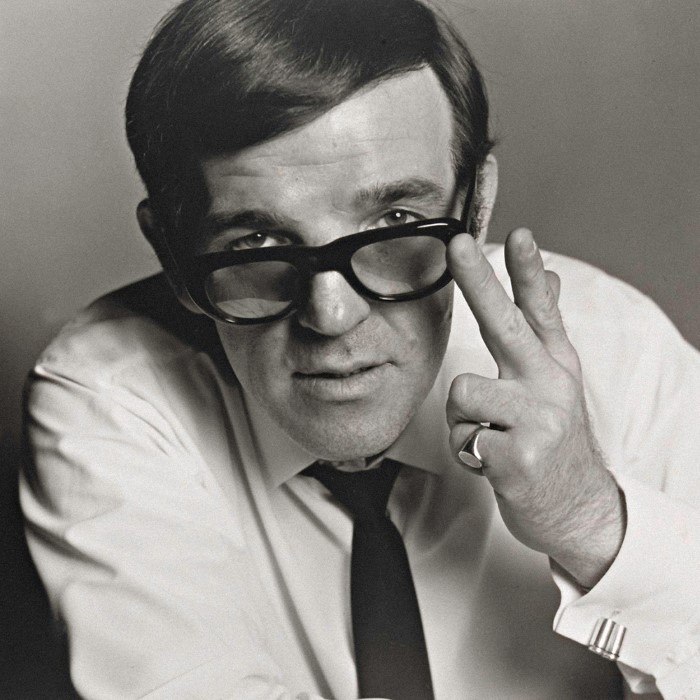 Born and educated in New South Wales, Australia, Freeman worked as an assistant paymaster/accountant for one of Australia's largest timber companies after leaving school.

Freeman originally wanted to be an opera singer but decided his voice was not strong enough. He was invited to audition as a radio announcer in 1952 and commenced working for 7LA in Tasmania, known as the teenager's station. Freeman's duties included continuity announcer, presenter of musical programmes incorporating opera, ballet and classical music, DJ for the top 100, news reader, quiz master and commercials reader.

After moving to radio station 3KZ in Melbourne, in 1957 he took a nine-month trip around the world, with the promise to return to Melbourne by January 1958. He arrived in London and on deciding to stay wrote numerous letters of delay and later apology, to his former employer.

Freeman began his British career as a summer relief disc jockey on Radio Luxembourg and continued to present late-evening programmes on the station until the early 1970s. He gained his nickname "Fluff" as a result of a fluffy jumper that he was fond of wearing.

In 1960 he moved to the BBC Light Programme as presenter of the Records Around Five show, which was introduced by his signature tune, "At the Sign of the Swingin' Cymbal", written by Brian Fahey. The more upbeat version performed by 'Brass Incorporated' was introduced in April 1970. In September 1961 he introduced Pick of the Pops as part of a Saturday evening show Trad Tavern. Pick Of The Pops became a permanent show in its own right in 1962, with Freeman presenting it until 24 September 1972 continuing with his 'Swingin' Cymbal' signature tune. At the same time, he was one of the original team of presenters of BBC TV's Top of the Pops, a regular member of the Juke Box Jury panel and had a brief stint as compere of the lunchtime pop music show Go Man Go on the BBC Light Programme in 1963. In 1968 he presented a music magazine-style television show for the BBC, 'All Systems Freeman', which aired for several weeks on Friday evening, but despite good reviews never returned for a second series.

Freeman also acted, in the horror film Dr. Terror's House of Horrors (1965) and the rock musical Absolute Beginners (1986) and played himself or a similar character in films such as It's Trad, Dad! (1962), Just for Fun (1963) and Sebastian (1968). He also played God (albeit a God who sat at a mixing desk and said "Alright?") in two episodes of The Young Ones in 1984. In 1962 he recorded a dance single, "Madison Time", with the Talmy Stone Band. Released by Decca Records, F11523, it was reportedly one of the label's worst-ever sellers. Freeman also appeared in TV advertisements for Brentford Nylons and also for Omo "with exclusive WM7 for perfect whiteness."

In April 1972, Freeman joined the daily presenters on Radio 1, taking over the 3–5 p.m. show from Terry Wogan, he used "Soul Bossa Nova" by Quincy Jones as his theme until 1 June 1973. During this time he spotlighted youth clubs and young people and became Vice-President of the London Association of Youth Clubs. During the 1970s he also presented the Radio 1 series Quiz Kid on Sunday evenings, which was recorded at Youth and Boys Clubs all over the country; while on Saturday afternoons he presented his Rock Show, featuring heavy and progressive rock and a rundown of the album chart, from 30 June 1973 to 26 August 1978. He presented the original version of The Story of Pop as a 26-part Radio 1 series from 1973–74. From 1975 to 1977 Freeman presented the Radio 2 musical game show "Free Spin". In addition he lent his name to several rock and classical compilation albums, the best-known being "By Invitation Only" (1976), a collection of material sourced from artists on the Atlantic label.

Freeman left the BBC to work for Capital Radio from 1979 to 1988, presenting the Top 40 of the 70s, on 31 December 1979. He later revived Pick of the Pops on 13 March 1982 (now called Pick of the Pops Take Two, combining the current Top 15 with an earlier chart) and The Rock Show previous to that on 7 January 1980. He returned to the BBC and Radio 1 in January 1989 to revive The Rock Show and Pick of the Pops. This run of Pick of the Pops ended on 27 December 1992 but he continued to host The Rock Show until 23 October 1993, when he, with other long-serving DJs, left the station as it was revamped by controller Matthew Bannister. In 1990, he appeared as a celebrity guest on the television series You Bet!, made by London Weekend Television and hosted by Sir Bruce Forsyth. He was the subject of This Is Your Life in 1987 when he was surprised by Eamonn Andrews.

In December 1993, he presented the Alternative Chart Show on a trial one-off Restricted Service Licence (RSL) broadcast by XFM in London. Throughout 1994 he presented a revised and expanded version of the Radio 1 series The Story of Pop, broadcast in 52 hour-long episodes. He then hosted Pick of the Pops Take Three on Capital Gold from April 1994 until January 1997. In 1996 and 1997 he also hosted The Friday Rock Show on Virgin Radio and was heard presenting one-off shows on Classic FM.

In 1998 he was awarded the MBE for services to broadcasting.

He returned to the BBC on BBC Radio 2, taking Pick of the Pops back to its home from 1997 until 2000. A lifetime love of classical music and particularly opera was developed in the show Their Greatest Bits, which resulted in another compilation CD on the BBC label. Throughout his career, he was well-known especially for his jingles, which integrated short bursts of classical music and hard rock segued together, as well as his catchphrases, including 'Hi, pop pickers!', which later became 'Greetings, music lovers!' on his classical shows, and 'All right, stay bright - not 'alf!'

As arthritis got the better of his hands, he handed Pick of the Pops over to ex-Radio Trent DJ Dale Winton. He spent his last years at Brinsworth House, where he died in 2006. 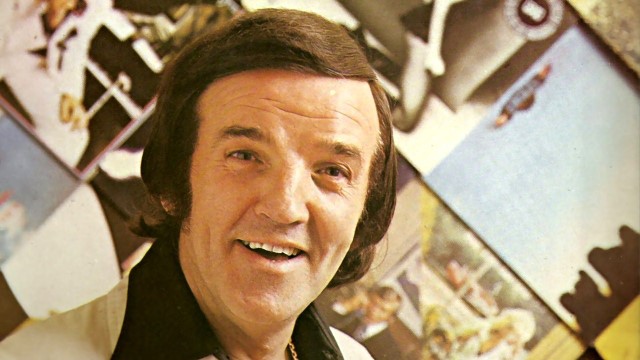