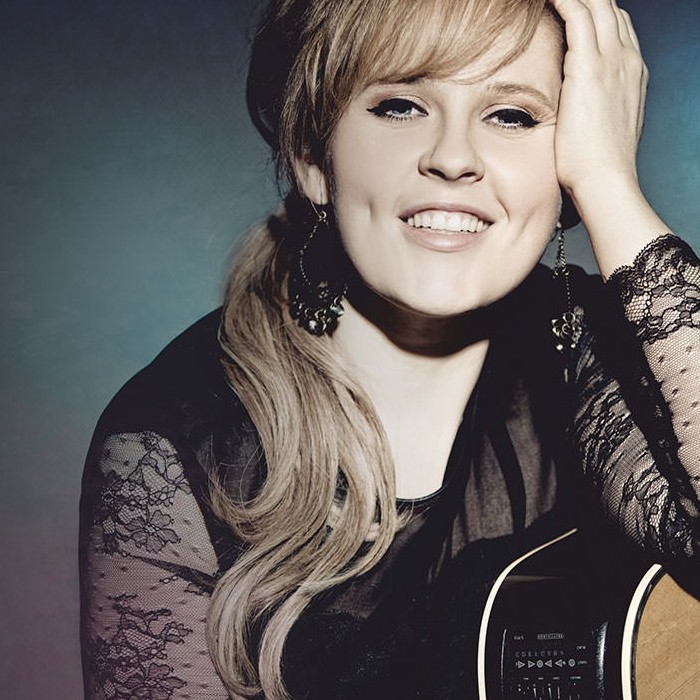 On December the 4th 1979 Maite Star Kelly saw the light of day in Berlin as the 11th of twelve children.

In the following year her siblings earned the first success in the Netherlands and Germany as "The Kelly Family" with the single "Who'll come with me".

In 1981 the family moved back to Spain after their mother Barbara Ann has succumbed to Cancer.

Exited by the music of her siblings, already in her early childhood Maite wanted to be on stage with them. With simple instruments she accompanied the band, sang in the background and several strophes. In the following years "The Kelly Family" toured through Europe and the USA.

In the beginning of the 90's the family settled down and moved with their houseboat to Cologne for touring Germany and the neighbouring countries from here on.

The success of the singing extended family continually grew and in 1994 "The Kelly Family" already filled whole concert halls. "Over The Hump" was sold 4,5 million times in Europe and today still is the most sold album in Germany. Among others Maites lovesong "Roses Of Red" was released as a single.

In 1995 the family won nearly every award in Germany, whereat considerable ones like the "Bambi", "Echo", "Goldene Löwe" and various "Bravo Ottos" were represented.

The step infront of a bigger audience the family ventured in 1996 and started a stadium tour. They stayed successful further on with their album "Almost Heaven", which contained many hit singles, for example "Every Baby" from Maite.

After many years of success and further albums ("Growing Up" and "From Their Hearts") with her siblings, Maite decided to apply herself to her own private growth and went to the US in 2000 for graduating at high school.

In 2001 "The Kelly Family" produced the album "La Patata", on which a completely new style was presented. Maites song "I Wanna Be Loved" sounded mellower and contemplatively. For representing the album the siblings toured through Europe again, where they still reached a big audience.

In the course of the years a strong faith more and more belonged to Maite Kelly's life. She went on pilgrimages to Fatima, where she gained her conversion, Medjugorje and Lourdes and occupied herself with the life of saints like St. Katharina of Sienna and St. Padre Pio.

In 2002 her father Daniel Jerome died after long severe illness.

Soon the wish of Maite grew to live her faith and the bid of charity. She began to occupy herself with poorer countries' situations and in 2003 dedicated herself to a project in Togo, which had the aim to found an university parish and to thereby build a place of education and of meeting with God and like-minded people.

In November of 2004 Maite attended more intense to her task in the project and moved to Togo for half a year, where she lived in a guest family.

She engaged herself as a governess in a kindergarten/preschool and spent her spare time with the students. Bit by bit Maite could deepened her faith by living together with the St. Jeans Community and experienced lasting impressions of life and in this country. The half-year wasn't only time she gave to the project and people, but also time she could live in the nearness of God.

In the same year "The Kelly Family" released the album "Homerun".

As Maite backed home the next great event already waited for her. After she had affiance with Florent Raimond in the beginnig of the year the wedding planning was up to them. On August the 27th they gave the word of consent to eachother and entered into the holy bond of marriage.

In the end of the year "The Kelly Family" toured through Germany together with the Roncalli Circus.

In February of 2006 Maite went to Togo once again, for she was invited to accompany the dedication of the new community church. After her returning she continued being on stage with her siblings in the context of the Roncalli tour.

On June the 30th Maite and Florent were endowed with their first child Agnes Therese Barbara.
After a recovery during winter 2006/2007 she was on the road with her family again. It was a church tour this time, and they offered a completely new live atmosphere to the delighted audiences.

In the beginning of 2007 she took her first steps toward a career as a solo artist, recording her first solo album.
In May 2007 Maite celebrated two great Gala events with nearly 700 members of her Community. The receipts benefited the Togo project.
On January the 22th 2008, Maite gave birth to her second daughter, Josephine Catherine Francoise.
Also in 2008 she gave another party for the benefit of the Togo project. During two evenings she and her husband Florent performed with a choir of Togolese students, who she knew from her stay in Togo, and together they delighted the audience with amazing gospels and Maite's own songs.

In 2009 Maite continued with her solo projects. She toured many towns with her band, elating the public with her fresh, easy nature and her spirited but also emotional music.
Furthermore, her “Inofficial Album” was released with a selection of new songs. She detached herself from the Sound of the Kelly Family and found her own style between pop, rock and reggae.

The new Disney DVD "Tinker Bell and the Lost Treasure" was released in 2009, with Maite singing all songs on the German version. As the mother of two small daughters she took the fairy to her heart and was thrilled to sing the music of this magical story. For the first time Maite sang in German, but she gave the songs her own personal touch through her Irish roots. Pick up the soundtrack to hear the wonderful melodies of this new pixie adventure.
Even German Television took notice of Maite as she appeared on diverse TV shows. After a long casting process, Maite became the pledge to be part of a new daily talk show at VOX – “Frauenzimmer,” where she will discuss the latest topics with other women.

"Hairspray" chose Maite to play the teenage dream of Tracy Turnblad for the German premiere on 6.12.2009 in the Musical Dome in Cologne. She shared the stage with a sensational all-star cast, including Uwe Ochsenknecht as mother Edna. 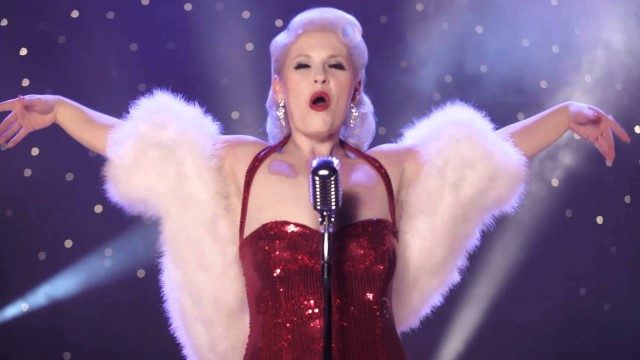 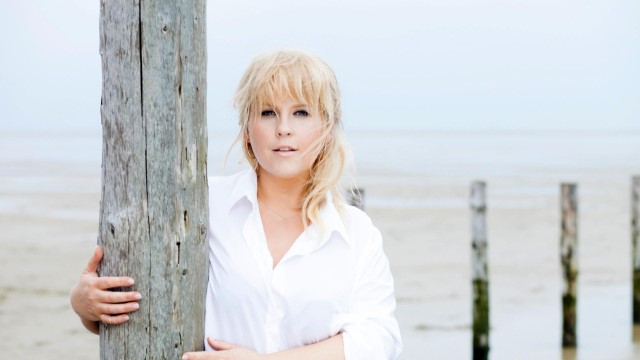