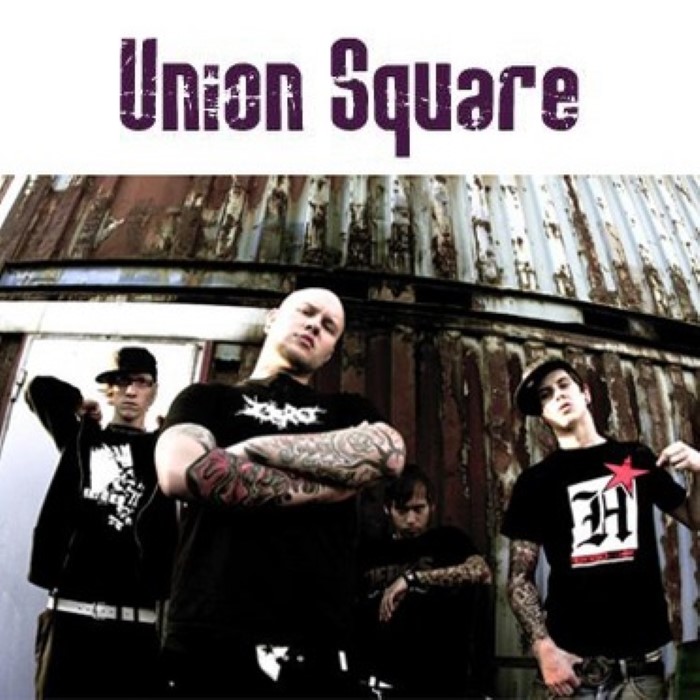 Hailing from a small town on the Swedish west coast this four-piece called UNION SQUARE was originally formed in early 2000 by Sebastian and Patrick. Joined by childhood friend Joel UNION SQUARE started their march into a world of music, driven by determination, ambition and a genuine love for punkrock. UNION SQUARE always push them selves to bring out the best in every situation, no matter if it’s a live show or creating music.

After six years of touring Sweden, recording various demos and promo cd’s Union Square parted ways with former drummer (Per Qvarnstrom, By Night) and hooked up with drummer Nicke Lindqvist in the summer of 2006.

Known for their energetic, solid and explosive live performances there’s no one leaving a UNION SQUARE show unaffected. Blending the best from fast cutting edge punkrock with heavier parts of emo rock to more mellow pop influenced parts, UNION SQUARE manage to combine various styles creating their own sound along with their personal and emotional lyrics.

After seven years, a large amount of shows and festivals, a promo tour to the Baltic States, airplay on numerous radio stations world wide, UNION SQUARE are now starting to gain important ground and dedicated fans all over the world.
Read more on Last.fm.