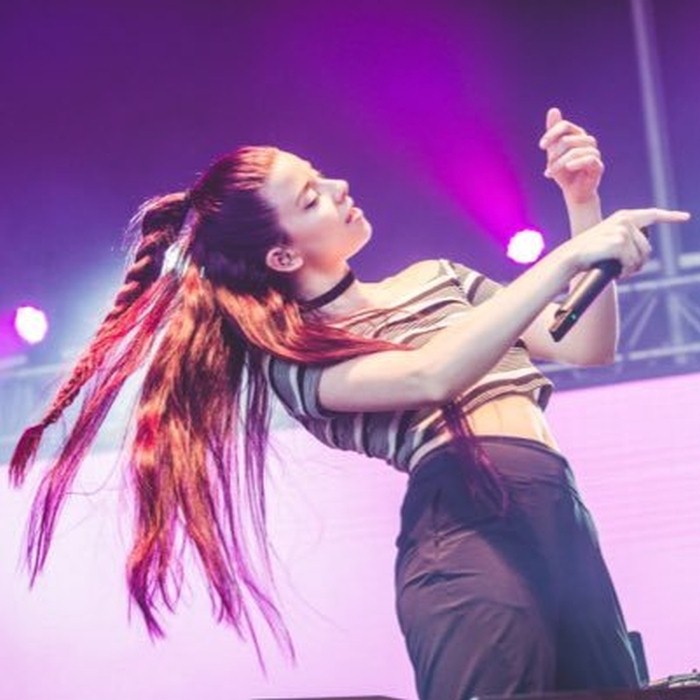 1. Hana Pestle (born July 11, 1989), currently working under the mononym HANA, is a singer-songwriter from Billings, Montana. She started performing live in Montana at the age of 14 with just her acoustic guitar. In 2006, at the age of 16, one of Hana’s performance DVDs reached producers and writers Michael “Fish” Herring and Ben Moody. Over the next 18 months, as Hana shuttled between Billings West High School to finish her senior year and Los Angeles to write and record, she crafted her debut album, This Way. It was released on September 22, 2009. Since then, she has released an array of EPs and covers, and more recently has worked with BloodPop®. In 2015, she toured with Grimes and Lana Del Rey. Her self-titled EP was released in March of 2016.

2. Hana is a collaboration between Anisa Romero and Jeff Greinke. They release one album called omen in 2001.

3. Hana is Thanos Papadopoulos' (also in one mile tar and good luck mr. gorsky) techno project . Along with Thanos Mpantis (also in good luck mr. gorsky) they started a series of live shows and recordings during the summer of 2010, that ended up in the first Hana release in the Spring of 2011 by granny records. The album was made by the use of analogue synths, samplers, sequences and has 5 techno tracks in it, all of them characterised by the use of experimetal and abstract elements.
http://hana-melodie.blogspot.com/

5. Hana, or Hana Kuk (菊梓喬) is a Hong Kong singer. She is a singer of The Voice Entertainment Group in Hong Kong. Read more on Last.fm.