Abner Wingate Jay (July 15, 1921 – November 4, 1993) was an American multi-instrumentalist from Georgia, best known for performing eccentric, blues infused folk music as a one man band. Common instruments on Jay's recordings include harmonica, drum kit, a six-string banjo (that Jay claimed was made in 1748), and the “bones”, which were chicken and cow bones that had been bleached in the sun and used to create percussion.

Jay was born in Fitzgerald, Georgia. His father and grandfather were both slaves in Washington County, Georgia. His grandfather was also a banjo player and imparted a vast repertoire of old-time and folk songs to Abner. Abner Jay began playing in medicine shows at the age of 5 and in 1932 joined the Silas Green from New Orleans Minstrel Show. Jay went on to lead the WMAZ Minstrels on Macon radio from 1946–56 before going solo. He spent many years traveling the American South and playing concerts from his “converted mobile home that opened up into a portable stage, complete with amplification and home furnishings”. These concerts, as evidenced in his recordings, were often equal parts spoken word (jokes, philosophical asides, rants) and music.

Jay’s song repertoire included field songs, Pentecostal hymns and minstrel tunes. He once described himself as the “last working Southern black minstrel”, and in a self-penned leaflet handed out at concerts, he expanded on his biography with claims that he was the "World's Champion Cotton Picker and Pea Picker, World's Fastest Tobacco Crapper, World's Greatest Jaw Bone Player, World's Fastest Mule Skinner... THE WORLD'S WORSE BUSINESS MAN". He also performed original material that was mostly secular, and subjects ranged from politics, relationships, war, the bible, the 1969 moon landing, ethnomusicology, Southern culture and depression. In later years he held a residency, playing shows and selling his LPs and cassette tapes at Tom Flynn's Plantation Restaurant in Stone Mountain, Georgia. Anthony Braxton, renowned American composer and philosopher, called Jay an "American Master".
His idiosyncratic lyrics and style have led some to consider his work outsider music.

For many years, Jay released his music and monologues through his own record label, Brandie Records (so-named for his daughter). In 2003 Subliminal Sounds from Sweden released a compilation of his work, which had been out of print since the 1970s, drawing from three of Jay’s best recordings. In 2009 Portland-based label Mississippi Records released another compilation of his work, this time on vinyl. These re-releases helped garner a degree of renewed interest in the artist, including Vice Magazine naming it album of the month (Vol. 10 #11). Recordings Jay made three months prior to his death are currently being prepared for release by Mississippi Records. 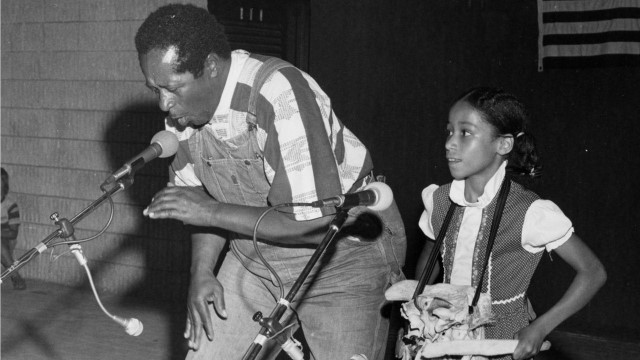