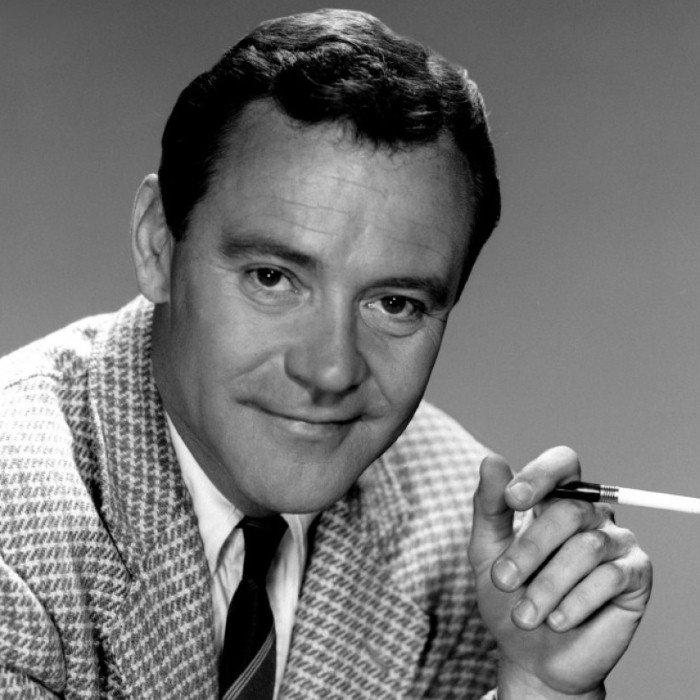 John Uhler "Jack" Lemmon III (February 8, 1925 – June 27, 2001) was an American actor and musician. Lemmon was an eight time Academy Award nominee, with two wins. He starred in over 60 films, such as Some Like It Hot, The Apartment, Mister Roberts (for which he won the 1955 Academy Award for Best Supporting Actor), Days of Wine and Roses, The Great Race, Irma la Douce, The Odd Couple, Save the Tiger (for which he won the 1973 Academy Award for Best Actor), The Out-of-Towners, The China Syndrome, Missing (for which he won Best Actor at the 1982 Cannes Film Festival), Glengarry Glen Ross, Grumpy Old Men and Grumpier Old Men.

Lemmon was born on February 8, 1925 in an elevator at Newton-Wellesley Hospital in Newton, Massachusetts, a suburb of Boston. He was the only child of Mildred Burgess LaRue (née Noel) and John Uhler Lemmon, Jr., the president of a doughnut company. His paternal grandmother was from an Irish immigrant family. Lemmon attended John Ward Elementary School in Newton and the Rivers School in Weston, Massachusetts. During his acceptance of his lifetime achievement award, he stated that he knew he wanted to be an actor from the age of eight. Lemmon attended Phillips Academy (Class of 1943) and Harvard College (Class of 1947), where he lived in Eliot House and was an active member of several Drama Clubs – and president of the Hasty Pudding Club – as well as a member of the Delphic Club for Gentleman, a final club at Harvard.

At Harvard, Lemmon was a member of the V-12 Navy College Training Program and was commissioned by the United States Navy, serving briefly as an ensign on an aircraft carrier during World War II before returning to Harvard after completing his military service. After graduation in 1947, Lemmon took up acting professionally, working on radio, television and Broadway. He studied acting under coach Uta Hagen. He was enamored of the piano and learned to play it on his own. He could also play the harmonica, guitar, organ, and the double bass.

Lemmon's film debut was a bit part as a plasterer/painter in the 1949 film The Lady Takes a Sailor, but he went unnoticed until his debut, opposite Judy Holliday, in the 1954 comedy It Should Happen to You. Lemmon worked with actresses such as Marilyn Monroe, Natalie Wood, Betty Grable, Janet Leigh, Shirley MacLaine, Lee Remick, Romy Schneider, Doris Day, Kim Novak, Holliday, Rita Hayworth, June Allyson, Virna Lisi, Ann-Margret and Sophia Loren. He was close friends with actors Tony Curtis, Ernie Kovacs, Walter Matthau and Kevin Spacey. He made two films with Curtis, and eleven with Matthau.

Early in Lemmon's career he met comedian Ernie Kovacs while co-starring with him in Operation Mad Ball. Lemmon and Kovacs became close friends and appeared together in two subsequent films, Bell, Book and Candle and It Happened to Jane. In 1977, PBS broadcast a compilation series of Kovacs' television work, and Lemmon served as the narrator of the series. Lemmon discussed his friendship with Kovacs in the documentary Ernie Kovacs: Television's Original Genius.

He was a favorite of director Billy Wilder, starring in the films Some Like It Hot (for which he was awarded Best Actor at the Cannes Film Festival), The Apartment, Irma la Douce, The Fortune Cookie, Avanti!, The Front Page, and Buddy Buddy. Wilder felt Lemmon had a natural tendency toward overacting that had to be tempered; the Wilder biography Nobody's Perfect quotes the director as saying, "Lemmon, I would describe him as a ham, a fine ham, and with ham you have to trim a little fat". The biography quotes Lemmon as saying, "I am particularly susceptible to the parts I play... If my character was having a nervous breakdown, I started to have one".

He enjoyed a longtime working relationships with both Blake Edwards, starring in Days of Wine and Roses (1962), The Great Race (1965) and That's Life! (1986), and Richard Quine, starring in My Sister Eileen, Operation Mad Ball., Bell, Book and Candle and It Happened to Jane and How to Murder Your Wife (1965). Quine also directed Lemmon's screen test when the actor was signed by Columbia.

Lemmon's singing voice was first heard on two film soundtracks in 1955, Three for the Show with Betty Grable and My Sister Eileen. He also performed songs in the 1956 film You Can't Run Away from It with Stubby Kaye and June Allyson. His first solo album A Twist of Lemmon was released in 1958 on Epic Records. While filming Some Like It Hot with Marilyn Monroe in 1959, Lemmon released a second album, Some Like It Hot. Both featured Lemmon's singing and piano solos.

The two Epic albums were later released as A Twist of Lemmon/Some Like It Hot, a single cd on Collector's Choice Music, in 2001. Two singles, Daphne/Sleepy Lagoon (released in 1959) and I'm Forever Blowing Bubbles/I Cover the Waterfront (released in 1960) did not appear on either album. Epic released a third single in 1960, Lemmon's piano solo of the theme to the film The Apartment, backed with his own composition Lemmon Blues. In 1963, Lemmon released a third album, this time on Capitol Records, entitled Jack Lemmon Plays Piano Selections from Irma La Douce. 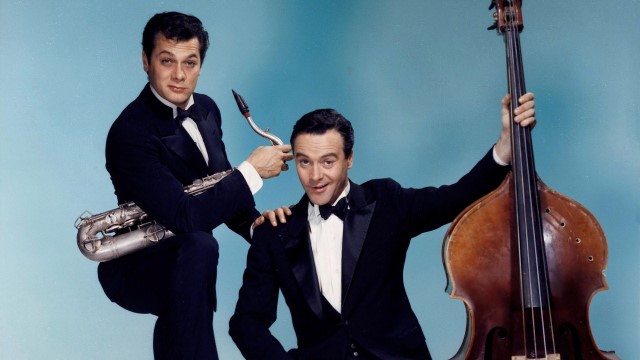