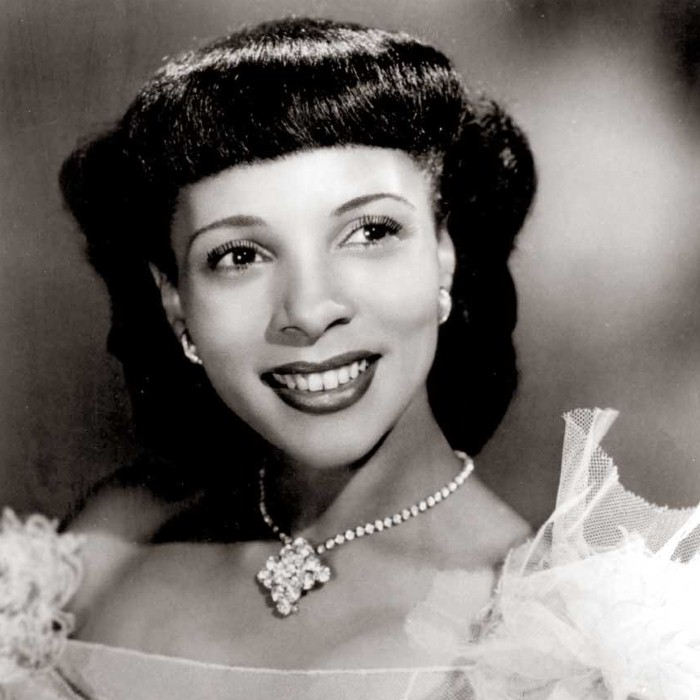 Hadda Brooks (October 29, 1916 – November 21, 2002) was an American pianist, vocalist and composer. Her first single, "Swingin' the Boogie", which she composed, was issued in 1945. She was billed as "Queen of the Boogie". She sang at Hawaii's official statehood ceremony in 1959 and was reportedly asked for a private audience by Pope Pius XII.

She was born Hattie L. Hapgood in 1916 and raised in the Boyle Heights area of Los Angeles, by her parents, who had migrated to California from the South. Her mother, Goldie Wright, was a doctor and her father, John Hapgood, a deputy sheriff. Her grandfather, Samuel Alexander Hapgood (October 22, 1857 – November 30, 1944), moved to California from Atlanta, Georgia, and proved to be an enormous influence on Brooks. He introduced her to theater and the operatic voices of Amelita Galli-Curci and Enrico Caruso. In her youth she formally studied classical music with an Italian piano instructor, Florence Bruni, with whom she trained for twenty years.

She attended the University of Chicago, and later returned to Los Angeles. She came to love the subtle comedy of black theater and vaudeville entertainer and singer Bert Williams. Brooks began playing piano professionally in the early 1940s at a tap-dance studio owned by Hollywood choreographer and dancer Willie Covan. For ten dollars a week, she played the popular tunes of the day while Covan worked with such stars as Fred Astaire, Gene Kelly, and Shirley Temple.

Brooks was married briefly during this period to a Harlem Globetrotter named Earl "Shug" Morrison in 1941. She toured with the team when they traveled. Morrison developed pulmonary pneumonia, however, and died about a year after they were married. It was Brooks' only marriage.

Brooks actually preferred ballads to boogie-woogie, but worked up her style by listening to Albert Ammons, Pete Johnson, and Meade Lux Lewis records. Her first recording, the pounding "Swingin' the Boogie", for Jules Bihari's Modern Records, was a sizable regional hit in 1945, and another R&B Top Ten with "Out of the Blue," her most famous song. It was Jules Bihari who gave her the recording name Hadda Brooks. Clarinetist and bandleader Benny Goodman recommended Brooks to a film director friend of his who placed her in the film Out of the Blue in 1947.

Encouraged by orchestra leader Charlie Barnet, Brooks practiced singing "You Won't Let Me Go", and the song became her first vocal recording in 1947. She usually played the small part of a lounge piano player in films, and often sang the title song. "Out of the Blue" became a top hit for Brooks, "Boogie Woogie Blues" followed in 1948, and she appeared in In a Lonely Place (1950) starring Humphrey Bogart, and in The Bad and the Beautiful (1952) with Lana Turner and Kirk Douglas.

She was the second African-American woman to host her own television show—after Hazel Scott with The Hazel Scott Show on DuMont in 1950—with The Hadda Brooks Show (1957), a combination talk and musical entertainment show, aired on Los Angeles' KCOP-TV. The show opened with Brooks seated behind a grand piano, cigarette smoke curling about her, and featured "That's My Desire" as her theme song. She appeared in 26 half-hour episodes of the show, which were broadcast live in Los Angeles and repeated on KGO-TV in San Francisco.

In the 1970s, she commuted to Europe for performances in nightclubs and festivals, but performed rarely in the United States, living for many years in Australia and Hawaii. Following the 1984 release of Queen of the Boogie a compilation of recordings from the 1940s, two years later manager Alan Eichler brought her out of a 16-year retirement to open a new jazz room at the historic Perino's in Los Angeles, after which she continued to play nightclubs regularly in Hollywood, San Francisco, and New York City, to rave reviews.

In 1993, Brooks was presented with the prestigious Pioneer Award by Bonnie Raitt on behalf of the Smithsonian-based Rhythm and Blues Foundation, in a ceremony held at the Hollywood Palace. Brooks returned to movies with a cameo in the Jack Nicholson film, The Crossing Guard (1995), directed by Sean Penn, in which she sang "Anytime, Anyplace, Anywhere." Three years later she made another singing appearance in The Thirteenth Floor (1999). Her last performance on screen was an acting role in John John in the Sky (2000)

She resumed her recording career with the 1994 album "Anytime, Anyplace, Anywhere" for DRG. Virgin Records acquired the old Modern catalogue and, thanks to Brooks' new-found success, issued a compilation of her 1940s and 1950s recordings entitled That's My Desire. They also signed her to record three new songs for the Christmas album Even Santa Gets the Blues, made more unusual by the fact she had releases on the same label made 50 years apart. Her 1996 album for Virgin Records, Time Was When, featured Al Viola (guitar), Eugene Wright (bass) and Richard Dodd (cello), and she wrote two of its songs: "You Go Your Way and I'll Go Crazy" and "Mama's Blues". She began playing at hip nightclubs like actor Johnny Depp's Viper Room, the Algonquin Hotel's Oak Room, and Michael's Pub in New York City, and such Hollywood haunts as Goldfinger's, the Vine St. Bar and Grill and the Hollywood Roosevelt Cinegrill. She celebrated her 80th birthday in 1996 by performing two full shows at Depp's Viper Room.

In 2007, a 72-minute documentary, Queen of the Boogie, directed by Austin Young & Barry Pett, was presented at the Los Angeles Silver Lake Film Festival. 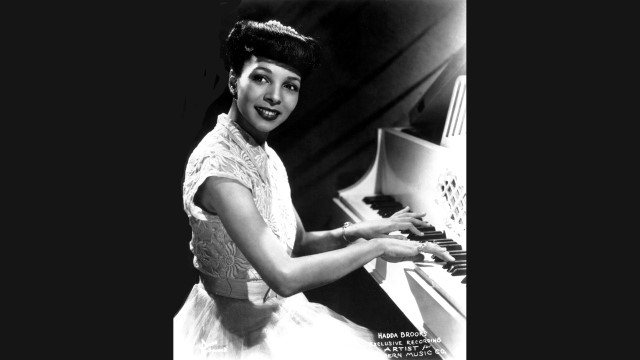