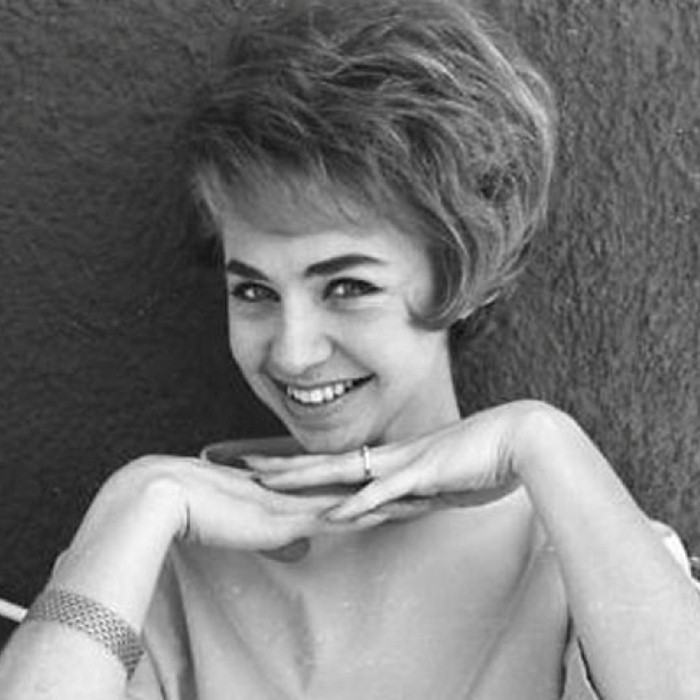 Anita Lindblom was one of Sweden's most popular pop artists in 1960. She had a beautiful alto voice suited for passionate songs. She had enough humor and distance to the text to make nödrim almost fabulous. She suggested in 1957 by the Scala Revyn where she sang When the Swedish girl kissing, kissing her with his mouth open. Anita was a versatile artist and fit well in the context revue, she played in Hagge Geigert i Uddevalla and in Kar de Mumma on Folkan.

In October 1961 she sang in That's life with Sven-Olof Walldoffs orchestra, a Swedish cover on Roy Hamilton You Can Have Her from the same year. Stig Andersson said the Swedish text to the tune of Bill Cook, who was Roy Hamilton's manager. There was a gramophone historic success. The song has been voted as the greatest Swedish pop song of all time.[edit] Her German version Lass die Liebe aus dem Spiel (recorded in Berlin 7 February 1962) was a great success and Anita Lindblom is at least as well known in Germany as in the home country Sweden.

Anita Lindblom is one of Sweden's most legendary and scandalous artists. She experienced a stormy marriage to boxer Bo Högberg, Got into tax trouble and fled abroad in the late 1960. Her bad nerves and permanent collapse was as a serial in the gossip columns. She returned to Sweden on 1970 when she shot the film RAGAMUFFIN and made a very much acclaimed dinner show at Hamburg Stock Exchange i Stockholm. For a period she lived with actor and director Gunnar Hellstrom.

Schlager Singers in bloom is often a "best before" date, this fact does Anita with some pain experienced. She withdrew from the limelight in the early 1980s, She felt persecuted by the media after all the writings on her tax liabilities, romance, and collapse. She has repeatedly received offers to make a comeback, but has chosen to decline. She has long resided in France
Read more on Last.fm.