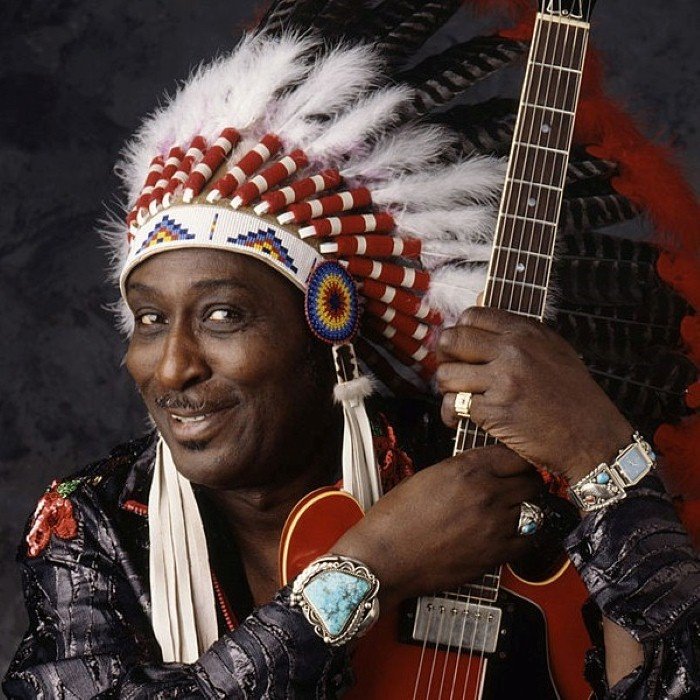 Harrington was born in Macon, Mississippi, on January 10, 1935. Raised by his Cherokee grandmother in Mississippi, he began playing guitar at the age of 13. His family moved to Birmingham, Alabama, in 1948. He taught himself to play the guitar (left-handed and upside down) and began performing with gospel groups, including the Five Blind Boys of Alabama. He moved to Chicago in 1950, playing predominantly gospel, and later developed his blues artistry after working with Magic Sam, Otis Rush, and others.

Clearwater is best known for his activity in the Chicago blues scene since the 1950s. He performs in the U.S. (especially around the Chicago area, where he resides) and internationally, having played at blues festivals in France, Germany, Denmark, Poland and the Netherlands. His sound has been described as “hard-driving Windy City blues, soul-tinged balladry, acoustic country blues and gospel uplift….good natured fretboard fireworks.”

When he left the South for Chicago in 1950, he worked as a dishwasher while living with an uncle, through whom he met many of Chicago’s blues masters, including Otis Rush (also a left-handed guitaritst) and Magic Sam. Inspired by the music of Chuck Berry, he began performing some of Berry’s songs and writing in a style influenced by him. Clearwater still regularly performs songs by Rush, Magic Sam and Berry, as well as original compositions. In 1953, then known as Guitar Eddy, he began working regularly in bars on Chicago’s South and West Sides. His first single, the Berry-styled “Hill Billy Blues”, was recorded in 1958 for his uncle’s Atomic H label, under the moniker Clear Waters, a name given to him by his manager, drummer Jump Jackson, as a play on the name of the famous Muddy Waters.

He recorded a few more singles, which had some local radio airplay. Eventually the name Clear Waters evolved into Eddy Clearwater. He worked steadily throughout the 1960s and 1970s and was among the first blues musicians to find success with Chicago’s North Side college audiences. He was a regular Saturday act on the north stage of the blues club Kingston Mines, while bluesman Linsey Alexander played on the south stage. He toured Europe twice during the 1970s and appeared on BBC Television. Clearwater acquired the nickname The Chief and sometimes performs wearing a Native American headdress.

The release of his 1980 album, The Chief, on the Rooster Blues label, made him known on the Chicago blues scene. Two encores for Rooster Blues, Help Yourself (1992) and Mean Case of the Blues (1996), cemented Clearwater's reputation. His album Cool Blues Walk was released in 1998, followed by Chicago Daily Blues in 1989 and Reservation Blues in mid-2000. In 2004, he was nominated for a Grammy Award with Los Straitjackets for their collaborative album Rock 'n' Roll City.

His album West Side Strut, released by Alligator Records in 2008, was described by Vintage Guitar magazine as “great blues. Eddy’s tone shows a masterful command of the guitar. It’s hard to believe he can reach such heights in a recording studio. One listen and you’ll wonder why Clearwater’s name isn’t respectfully spoken in the same breath as Freddie King and Otis Rush.” 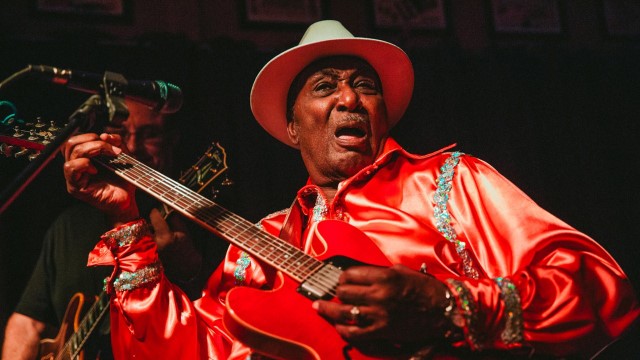