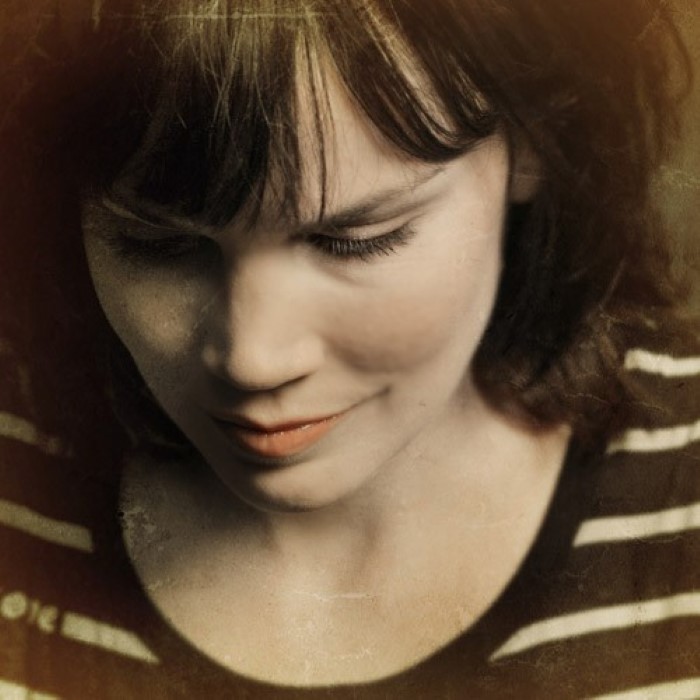 Ginny Owens - Be Thou My Vision
4 x

Ginny Owens - Be Thou My Vision
4 x

Lately, the pop music landscape has been crowded with songs of escapism, songs that turn a deaf ear to daily reports of terrorist strikes, ethnic warfare and economic injustice affecting people in other parts of the world, as well as race-based violence closer to home. Ginny Owens wasn’t about to perpetuate that musical disconnect on her eighth studio album, I Know a Secret (Released November 10 on Chick Power Music / Word / Warner). Instead, she’s crafted a 14-song collection for this moment, every bit as engaged as it is introspective.
“Sure, it’s great to have moments when you can forget it all,” says the Nashville-based, three-time Dove Award-winner. “But what does it look like to live with hope in spite of what we see around us? What does it look like to be moved enough to make a difference?”
A decade and a half ago, Owens made her name as a deeply spiritual singer-songwriter with alternative pop smarts. It was a combination that captivated Lilith Fair Tour, Sundance Film Festival, club and church audiences alike, landed her songs on Christian radio and primetime television dramas like “Felicity” and earned her a New Artist of the Year award from the Gospel Music Association.
She recorded her breakthrough debut Without Condition and the two albums after it with producer Monroe Jones (Third Day, Holly Williams), and Secret seemed like the perfect time to revisit that fruitful partnership. “I’m more creative when I can start in a safe place with people that I trust,” she explains. “So that was why I went back.”
Owens worked with Jones on a dozen tracks, taking time to massage melodies and experiment with arrangements, and convening in the studio with many of the same players who’d backed her early on (violinist David Davidson, keyboardist Jeff Roach, bassist Mark Hill and drummer Ken Lewis). For the remaining two tracks, she collaborated with pop whizzes Jeff Pardo and Josh Bronleewe.
The result is an elegant eclecticism, reflecting the ‘90s singer-songwriter scene that shaped Owens early on, her lifelong love of weighty Protestant hymnody, the admiration for R&B she’d acquired at her predominately African-American high school in Jackson, Mississippi and her openness to freshly ear-catching textures.
Ginny_4_portraitA lot’s happened since Owens began her recording career. During the past seven years alone, she’s completed her label contract with Michael W. Smith’s Rocketown Records and started releasing albums on her own tiny indie label; spent nine months in New York City studying writing at Columbia and teaching songwriting at a middle school; returned home to Jackson to nurse her mother through breast cancer; lost both her grandmother and a beloved cousin to brain cancer; and expanded her understanding of music’s power to unite people and lift their spirits as one in a new role as church worship leader.
A three-time Dove Award winner, Ginny Owens became a household name when she was named Gospel Music Association’s New Artist of the Year in 2000. In a career that has spanned fifteen years, Ginny’s seven studio recordings have amassed nearly one million records in sales and spawned career-defining number ones like “If You Want Me To” and “Free.” Her songwriting prowess has earned her song cuts by artist peers like Rachael Lampa and Christian music legend Michael W. Smith, and awarded Ginny a mantle of ASCAP and BMG Music Publishing Awards.
Since completing her successful run with Rocketown Records in 2006, Ginny has released a Christmas collection, 2006’s Bring Us Peace, a hymns project, 2009’s Say Amen, and an R&B-pop influenced set list with 2011’s Get In, I’m Drivin’, appeasing her massively loyal fanbase and generating hundreds of solo tour dates nationwide, as well as placing her songs in various movies and network television shows.
Born and raised in Jackson, Mississippi, Owens discovered melodies on the piano before she could complete a sentence. As her vision began to leave her eyes–a degenerative eye condition left Ginny completely blind by age three–songs began to emerge from her fingertips, providing a window into the world for Owens. Despite her physical challenge, the illustrious songstress pursued a career in music. Her unique musical style and inspirational lyrics have transcended genre definition, endearing her to Christian and mainstream listeners alike to afford her audiences at the White House, the Sundance Film Festival, Lilith Fair and a rare performance at the 60th Annual National Day of Prayer in Washington, D.C.
In 2005, Owens launched The Fingerprint Initiative, a hands-on non-profit organization designed to “bring hope to the world, one project and one touch at a time,” a motto that echoes her desire as a singer-songwriter. “I’ve spent enough time listening to people’s stories to know that they’re desperately seeking hope,” Ginny explains. “Perhaps I can encourage with a song that says, ‘I know something about what you’re feeling. And I believe with all my heart that there is indeed hope.’” Ginny has been featured on NBC’s Today Show and CNN in recognition of her initiative’s relief contributions domestically.
When not on the road, Owens serves as an adjunct professor of songwriting at her alma mater, Belmont University, and is on staff as a worship leader at The People’s Church in Franklin, Tennessee. Her first book will release on Thomas Nelson in the first quarter of 2015. 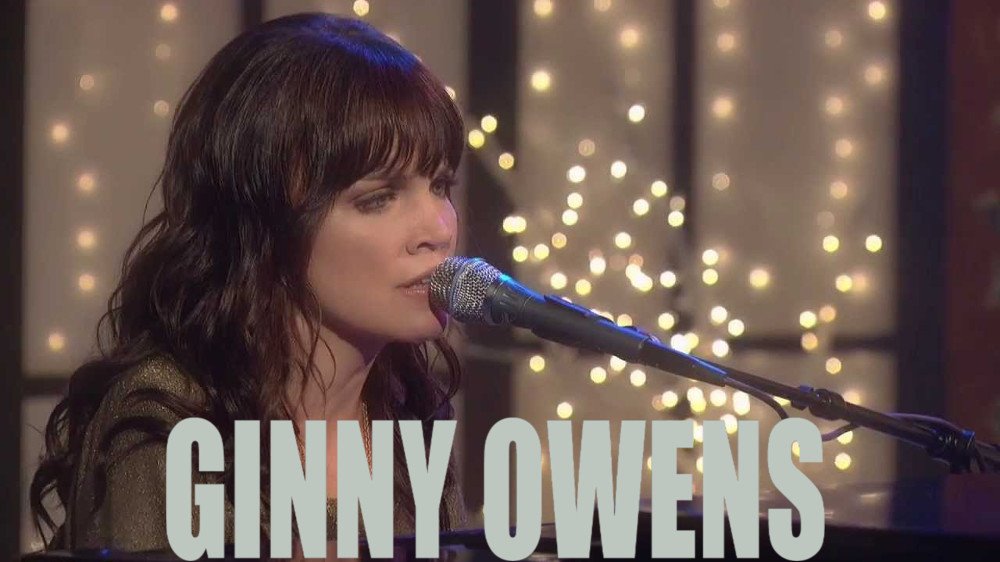 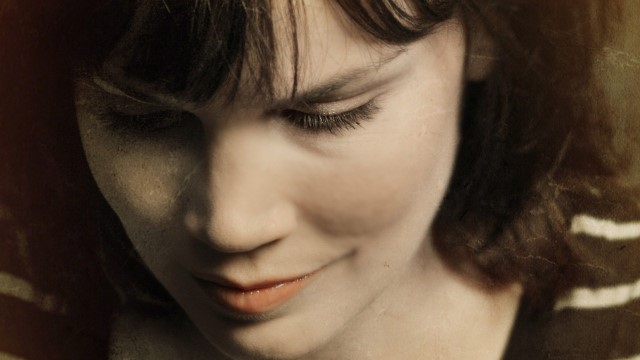 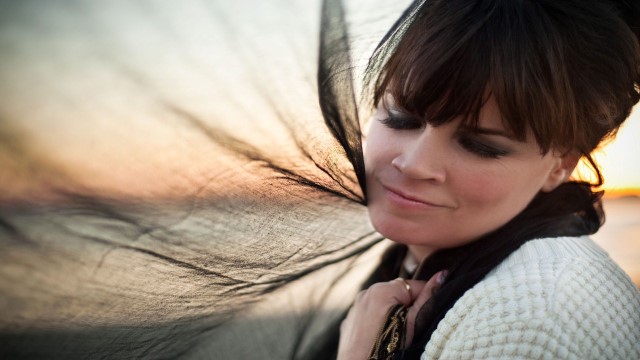 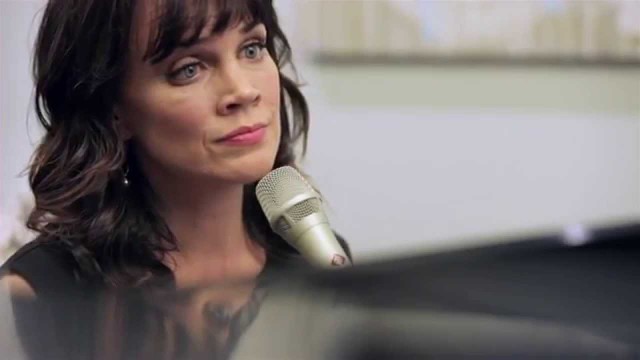 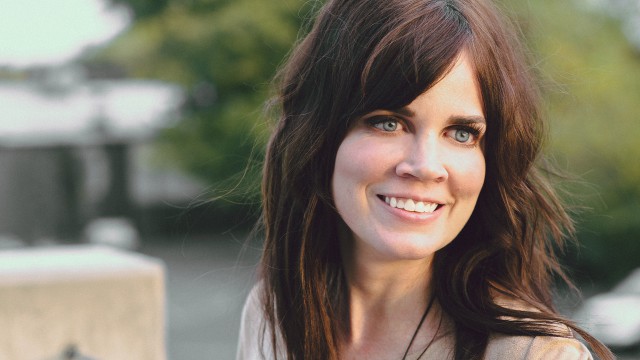