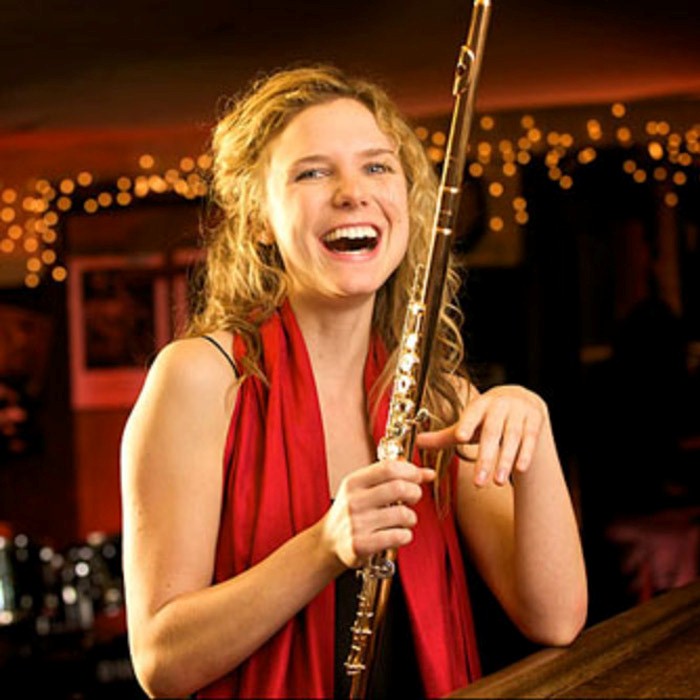 As a female jazz flutist, Anne Drummond is a rarity among rarities. Although the
instrument has been utilized in jazz for several decades, it has never been as ubiquitous as the saxophone, trumpet or trombone, and virtually every acknowledged master has been male. That all changes with the September 15th arrival of Like Water (ObliqSound), the debut recording from the artist recently named a Rising Star by Downbeat magazine and featured in a cover story in Flute Talk magazine. Among her greatest admirers is one massively famous flutist, Ian Anderson of the rock band Jethro Tull, who sought Drummond out and invited her to join him on stage.

As its title implies, Like Water is marked by a fluidity that is itself rare. Exploring the sensual, evocative sounds and intoxicating rhythms of Brazil, and accompanied by a small band of virtuosos — Klaus Mueller and Xavier Davis (piano), Paul Meyers (guitar), Nilson Matta (bass), Duduka da Fonseca (drums), Tom Chiu (violin) and Dave Eggar (cello) — Seattle native Drummond imbues Like Water’s eight alternately soothing and soaring tracks, both original compositions and carefully chosen interpretations, with uncommon spirit and grace.

Her artistry has previously enhanced the music of such jazz greats as vibraphonist Stefon Harris and bassist Avishai Cohen, but Like Water’s roots can be traced back several years to when the New York-based Drummond, along with Matta and da Fonseca, served as a member of pianist Kenny Barron’s group Canta Brasil. Drummond didn’t originally plan to return to Brazilian music for her first recording as a leader, instead crafting music intended for a chamber quartet. But after she began collaborating with Mueller, whose experience with Brazilian music is extensive, Drummond’s focus shifted toward South America. The chamber concept was tabled, although Drummond retained the notion of incorporating violin and cello into her new music. She began writing string arrangements for the album while touring with the indie rock band Bright Eyes. Then, while playing New York’s Town Hall with Norah Jones, Spoon and Lou Reed, she recorded this album. “It was a whirlwind,” Drummond said of the sessions.

In addition to the original compositions, Drummond carefully chose some favorite tunes to interpret: catchy, melodic songs, she says, that “make you feel good and have an ease about them.” On the up-tempo album opener, Toninho Horta’s “Aquelas Coisas Todas.” the quartet of Drummond, Eggar, Mueller and Da Fonseca catches a groove and never lets go. “I write my music as if I were a singer,” says Drummond, “and I chose this song because his melodies are accessible, simple and flowing enough to be sung. Toninho’s tunes develop like a story and conclude at just the right time.” At the other extreme on the mood scale is Drummond and Mueller’s spare piano/flute duet on Antonio Cesar Camargo Mariano’s “Curumim,” with its contrasting sections and catchy arpeggio-like lines.

Although Like Water is an all-instrumental effort, the word “lyrical” has often been used to describe Drummond’s flute work. The arrangements are in service to the song, not the other way around—none of the musicians involved with Like Water are here to flaunt and strut. And as a leader, Drummond knows both when to take charge and when to cede the floor to her collaborators. Critics have praised her “cutting edge improvising” (Don Heckman, Los Angeles Times), “full-bodied tone, enviable technique and innate musicality” (Downbeat) and “arresting style” (Ben Ratliff, New York Times).

“Anne’s compositions fit perfectly with ObliqSound’s vision of defying genres, and they embrace and reflect the varied musical traditions she’s been exposed to, including classical, jazz, chamber jazz and Brazilian music,” notes producer Locatelli. “Her string writing is sparse and beautiful, but the special element that brings it all together on her originals and the Brazilian classics is always her subtle but energetic flute.”

The instrument found its way into her life early — at age four, Drummond asked her flute-playing mother to show her some notes and before long they were dueting. Anne also learned piano, first from her father and then more rigorously from a professional instructor. She discovered jazz at age eight — listening to her grandmother’s recordings of Duke Ellington, Miles Davis and Bill Evans, and even wrote a report on Ellington in the third grade. Drummond attended the Manhattan School of Music as a piano major, with Barron serving as her instructor, but he quickly hired her to play flute in his band — some of Drummond’s classmates were unaware that she even played piano. Since then, she’s become a regular within New York City’s fertile jazz scene. Not that she’s just a local favorite — after endorsing Powell and Sonaré flutes, Drummond now appears in their national advertising campaigns.

Like Water is at once the culmination of what might be considered Anne Drummond’s
apprenticeship and the first step in what will undoubtedly be a long career as an innovator. But for now she’s taking things one day at a time, riding the wave that is her music. “Like Water is meant to take you on vacation when you listen to it,” she says. It’s a place we’ll certainly want to visit again and again. Read more on Last.fm. 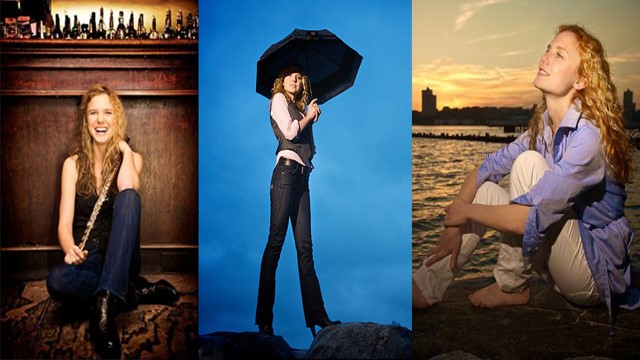