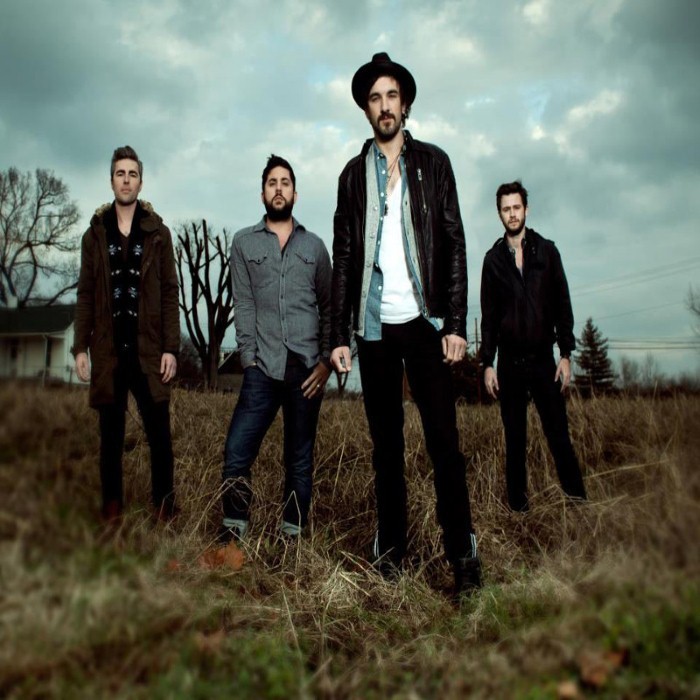 When you’re a touring artist, logistics are the name of the game. So, what do you do when you find yourself across the country with no shows, no time to bus back and no money to fly home? You start demoing new songs right where you’re at. This is exactly what happened when the members of the Rhett Walker Band found themselves in Las Vegas short on time and low on cash. They parked their bus in the parking lot of a casino, walked across the street to a Home Depot and bought a grill (so they could easily fix all their meals without leaving their “camp site”) and started unloading their gear onto the steaming asphalt. The band affectionately refers to this week as the “Trailer Trash Sessions.” This non-traditional, make-shift studio was where Rhett Walker Band’s sophomore effort, Here’s to the Ones (Essential/Sony), began to take shape. The result is the purest version of the band members’ musical talent and vision thus far. “We wrote this record that we believed in, and it was just the four guys in the band,” recalls the group’s frontman. “We go home and write this with writers who aren’t a part of our daily lives. They’re not out on the road missing their wives; they’re not seeing the same things we are… We’re in the middle of it.”

Since their 2012 debut, Come to the River, the band has toured non-stop, spending more time on the road than at home. “We’ve always been that blue collar kind of band that’s just hard work and dreams; and you put them together, and you make something happen,” says Walker. The debut effort generated the band’s first Top 10 hit, “When Mercy Found Me,” and garnered Walker a GRAMMY© nomination. In addition, since its inception, the band has been invited twice to perform on the Grand Ole Opry—a stage they were comfortable on since a blend of country and southern rock define their well-honed sound.

The band members’ southern breeding shows up on all 11 tracks on Here’s to the Ones. Walker hails from South Carolina, while Kenny Davis (drums) is a Texas native. Kevin Whitsett (bass) is from North Carolina, and Joe Kane (guitar) grew up in Oklahoma. The four men met in Nashville five years ago, drawn together by a collective love of music and a desire to pursue a career recording and touring.

“Where we’re from, it’s trucks and tractors and dirt roads,” Walker shares. “Everybody grows up and works around the same place and no one really leaves that town.” They may have grown up hog hunting and fishing, but the members of the Rhett Walker Band all individually discovered a love of music early on. Their diverse influences—ranging from Lynyrd Skynyrd and The Marshall Tucker Band to Tonic and The Wallflowers—are expertly woven throughout the album. Paul Moak (Third Day, Mat Kearney) served as the producer on every track, with the exception of two cuts produced by Ed Cash (Chris Tomlin, Dave Barnes).

While the group ended up incorporating a few outside writers on tracks that appear on the final version of the project, the heart and soul of Here’s to the Ones stays true to the tunes the band penned in Vegas and the values the Rhett Walker Band has become known for—faith, family and country.

The title track speaks to this three-fold motto with its guitar-driven, all-American ode to the hard-working middle class. “We wanted to write a song about people who stand up for what they believe in and stand their ground and aren’t afraid to run down a dream,” Walker explains. “There’s still men and women out there laying their lives on the line so we can have the freedom to chase down these dreams. They live for hope and peace and love and their families.” While “Here’s to the Ones” honors country, “Better Part of Me” is dedicated to their wives back home who sacrifice so much for their careers. Instead of a sappy love song, the band members wanted to write “that Monday through Thursday song that every married couple in the world can relate to.” Walker and his wife have been married for a decade, and the song unearths the push and pull of marriage they’ve personally experienced over the last 10 years.

Cuts like “The Mystery” reaffirm the band’s creed. With a few acoustic guitars around one mic, the simple melody and no-holds-barred lyrics, the song is a stand-out and a personal favorite of the band’s as they sing about a God who is less concerned with tattoos and cigarettes and more concerned with the heart.

Meanwhile, “Adam’s Son,” the first song they ever wrote together as a band, is another track that holds personal memories for the men. Penned long before they ever had a record deal, the gritty “Adam’s Son” never had a chorus, but thanks to years of massaging the lyrics and melody, the timing was finally right to finish the song and release it to the world.

Other cuts are reminders of why the band started this difficult, yet rewarding, journey in the first place. Written at Panama City Beach, summertime rocker “Someone Else’s Song” finds the group pledging to stay true to themselves regardless of music industry pressure and critics’ opinions. “We wanted to get back to the beginning—why we even started doing music, why we wanted to tell people these stories,” Walker says. “As you rise in any business, there’s a lot more voices how you could do this to make way more money or how you could do that to make it sound better… Man, I’m sure that works for some people, but we’re a dadgum band, and we know what we want to say, so we’re not going to run around singing someone else’s song. I am so proud to be able to do music with these guys.

“I definitely want to apologize to whoever was there that summer, because we tracked drums and guitars,” he continues. “I’ll never forget, it was like 2 a.m., and I’m singing vocals on this song on the balcony of this condo. We are the blue collar band if there ever was one.” At the end of the day, Walker and his bandmates are grateful for the opportunity to do something they love and entertain and inspire audiences along the way—a sentiment they captured in the Ed Cash-produced “Amazed.” The anthemic track was birthed when Walker was voicing his frustrations over the recording process to his wife on the back porch of their Tennessee home. Through his venting, he realized, in reality, the amazing gift he and his bandmates have been given. “We have the opportunity to make music for a living and travel around and put on shows and say things that we hope change people’s lives,” he reflects. “To be able to do that at 27 and be able to make a living off of it and do what I’ve always wanted to do, I can’t help but stand amazed at that.”

Here’s to the Ones finds the Rhett Walker Band living out the dreams each of the four men have carried since they were small town kids, and they couldn’t imagine doing anything else, with anyone else. “Sometimes dreams take a while to get to, and sometimes it takes a lot of hard work, hard work pays off,” Walker says. “We’re just men trying to make a living by telling a story. I think as long as you keep faith, family and country upfront, things will always work out.” 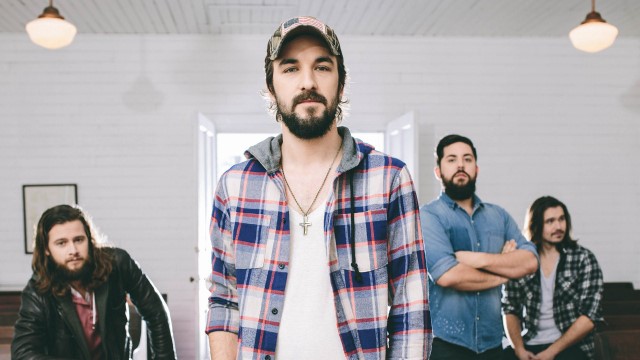 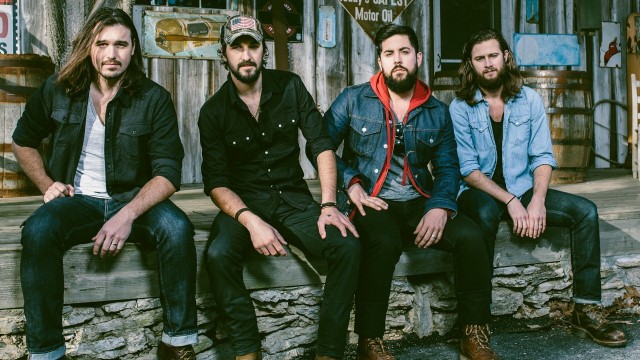 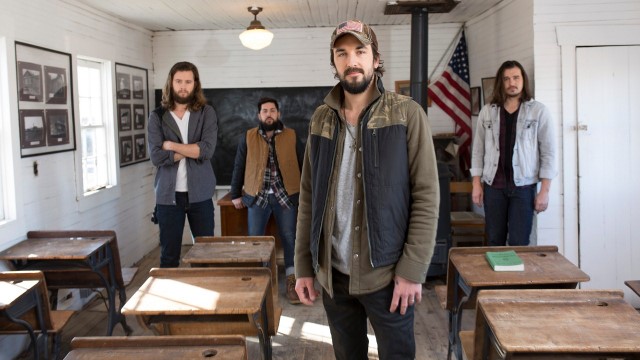