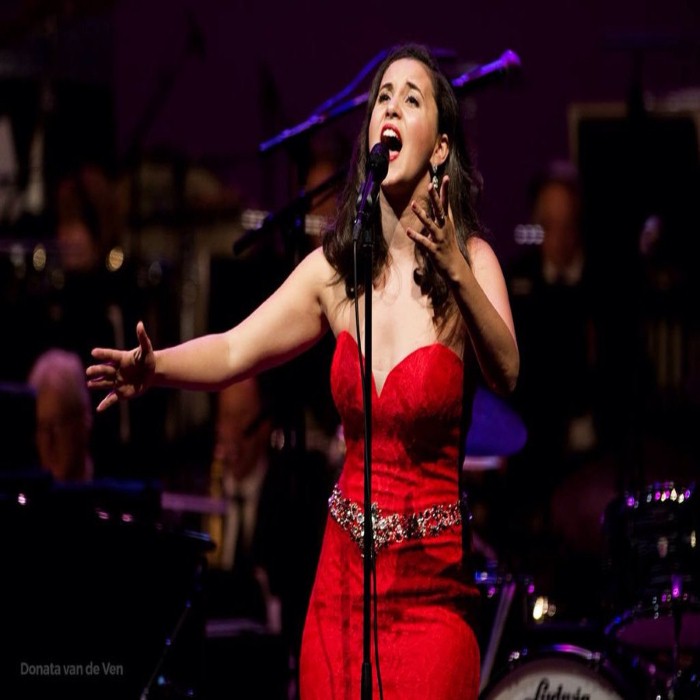 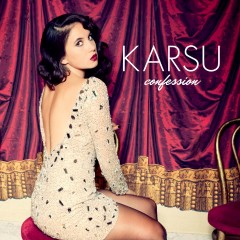 Karsu is a multi-talent. The Dutch musician with Turkish roots is not only a gifted singer and pianist, but also a composer, musical arranger and lyricist. Karsu wrote almost all the compositions for her debut album CONFESSION (2012), as well as for her latest album COLORS (2015).

Since her early youth Karsu has been performing on local and international stages. She started playing for an audience as a young girl in her father’s restaurant, Kilim, in Amsterdam, Holland. From there she made it to the Concertgebouw in Amsterdam, she played the North Sea Jazz Festival and the Istanbul Jazz Festival and she performed – a few times already – at the legendary Carnegie Hall in New York.

Already from a very young age it became obvious that Karsu has music flowing through her veins. As a child she was fascinated by piano music. “I saw those pianists on television with their long, flowing hair, these Einstein-like types and I thought, “That’s really cool” I was instantly fascinated by the tunes they played,” is how Karsu describes her love for her favorite instrument.

When she was 7 years old Karsu got her own piano and started taking music classes immediately. She learned to play classical pieces by Chopin, Mozart, Bach and Beethoven, alongside traditional Turkish songs and contemporary jazz songs. Karsu started singing more or less by chance, following a school competition. “When I was in high school, I participated in an open music competition. I wanted to compete on piano, but to my surprise, I won in the vocal category. I had been practising the piano for years and here I was, winning with my voice.”

Karsu suspected the members of the jury of giving her false compliments. “At that time tv-formats like Idols just started to become popular. Sometimes less talented singers also competed and they would tell the jury: “You might think I’m a bad singer but people in my favourite cafe always tell me that I’m great.” I thought, maybe the jury gives me compliments just to be nice to me? I mean, you can not judge yourself, is it? But suddenly I was asked to perform as a singer.”

Karsu’s voice appeared to be very distinctive for such a young girl: adult, deep and strong. Close your eyes and you under the impression that you are listening to a ‘big, old jazz mama’ from New Orleans.

At age fourteen Karsu started to perform in public. Initially, she played and sang in the Turkish restaurant of her father but it didn’t take long before she was playing smaller en bigger venues in Holland and elsewhere. More and more people – including journalists from newspapers and magazines and editors of radio and TV shows – discovered her unusual talent.

The Dutch-American Community Trust invited Karsu to perform at Carnegie Hall, New York. The Dutch media picked up on this and Karsu became a welcome guest on Dutch prime time tv-shows. Other countries followed suit: Karsu was invited to do concerts in the United States, Indonesia, Germany, Belgium, Surinam, Britain, Brazil and Turkey.

Karsu’s first musical tour in 2011-2012 was a great success: the Amsterdam Concertgebouw was sold out. Turkey and Turkish media became interested: one of the most popular Turkish tv-shows ‘Şeffaf Oda’, with host Güneri Givaoǧlu, invited Karsu to the program. Since then Karsu travels regularly to Turkey to perform in larger halls and at festivals. Over the years she became a well-known and respected performer in the country of her ancestors. Her concerts in Istanbul, Ankara and other Turkish cities are invariably sold out weeks in advance.

In 2012 Karsu released her debut album CONFESSION. Like on her live CD ‘LIVE AT THE IJ’ on this album Karsu mixes jazz, blues, funk and ethnic influences. The album got rave reviews.

Also in 2012, the documentary ‘Karsu, I hide a secret ‘, by director Mercedes Stalenhoef, featured at the IDFA documentary festival in Amsterdam. Stalenhoef followed Karsu over a period of 5 years: during her last year in high school, in the Turkish village of her parents Karsuköyü, untill her performance at Carnegie Hall in New York. The documentary was shown worldwide in many festivals.

Karsu has since toured at home and abroad. In her last theater tour 2014-2015, called ‘From New York to Istanbul’, she recollects her experiences during the many trips she made. If Karsu is not performing somewhere, she is working on new material.

On Karsu’s latest studio album, COLORS, jazz again is the guideline, but her compositions have gained more color: they are poppy, playful and cheerful. The title of the CD refers to Karsu’s bicultural background, with roots in Turkey and Amsterdam. She mixes different styles of music and works with international musicians. With COLORS Karsu wants to show the world how colorfull her life is.

Karsu supplied almost all the basis material for the songs on COLORS. For the first time, she wrote orginal Turkish-language songs, such as “Birak beni böyle (“Leave me alone”) and ‘Bekledim” (“I’ve been waiting for you”). This Turkish flair gives COLORS a special, emotional character.

Jazzy pop songs like ‘Diamonds’, ‘Coffee Around Nine’ or ‘Monday’ will lighten many people up because of their cheerful melodies and danceable rhythms.

In the Netherlands, in 2015, Karsu was distinguished as one of the ten most influential Turkish-Dutch personalities of the past 50 years.

Late May 2015 Karsu, along with a number of renowned Turkish artists, opened the Holland Festival in the Carre Theater in Amsterdam. The show was, according to national newspaper ‘de Volkskrant’, a true feast. “While the band, including the singers, performs like a well-oiled music machine, the concert takes on wings when Turkish-Dutch jazz singer Karsu Dönmez, in shocking pink, sets herself behind the piano. A Chopin-like piano intro seamlessly merges with Dönmez wavy Turkish vocals, in which she combines power with control. In Divane Aşık Gibi (“Foolish Lover”) each note is emotionally charged. Through her voice you get to feel the attraction and the rejection of the lovers, even without understanding the language. As a true solist Dönmez rises above her backup band. “

Thanks to her exceptional voice, her passionate piano playing and catchy compositions, in combination with her cheerful, passionate look, Karsu has quickly become a celebrated and beloved international performer.

On September 11, 2015 COLORS will be officially released. The first single from the new album, Turn it around, is already out. The video was shot in the Kersenbloempark in the Amsterdamse Bos.

Karsu will present her the album, together with her band, on September 16, 2015 at the Paradiso Concert Hall in Amsterdam. This concert is also the kickoff of the new club tour. 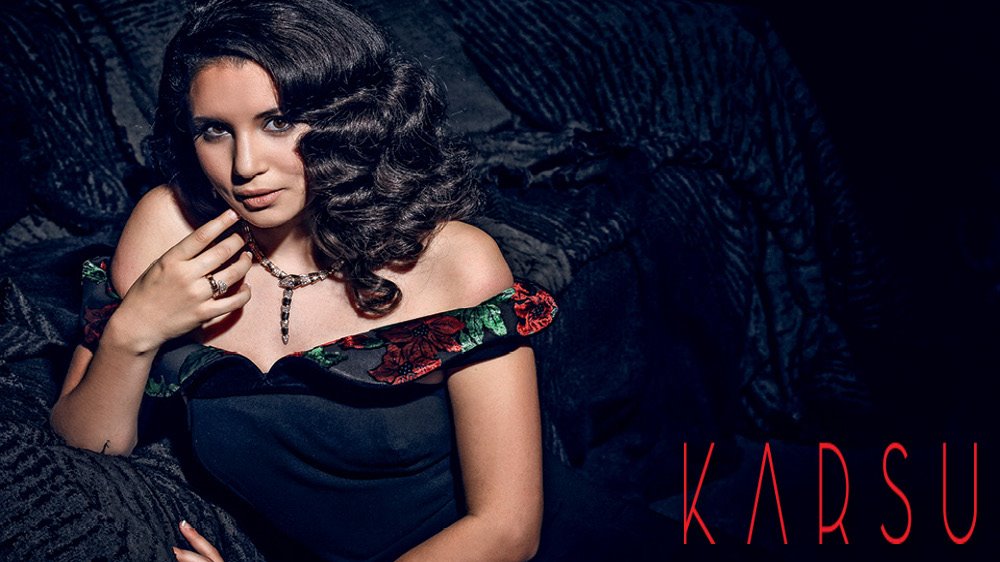 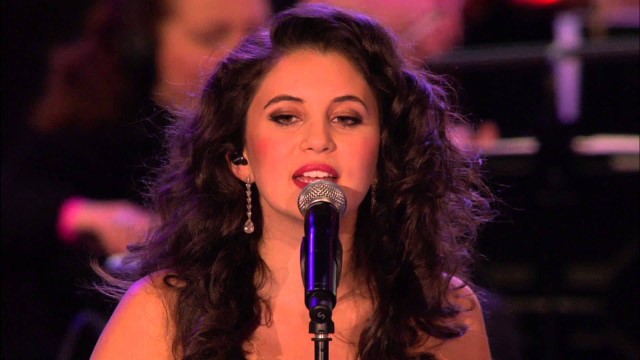