Violin superstar, Anne Akiko Meyers, has actively maintained an extensive touring schedule for three decades and was the top-selling traditional classical instrumental soloist on Billboard charts in 2014. Regularly performing as guest soloist with many of the world’s top orchestras and in recital, she is a best-selling recording artist who has released 34 albums. Meyers is known for her passionate performances, purity of sound, deeply poetic interpretations, innovative programming and commitment to commissioning new works.

This year, Anne returns to the Cartagena Music Festival to perform Vivaldi’s Four Seasons with the Orpheus Chamber Orchestra, the Casals Festival in Puerto Rico to perform the Mendelssohn Violin Concerto, the Beethoven Festival in Warsaw, Poland, performing the Szymanowski Concerto No.1 and headlines the “Last Night of the Proms” in Krakow, Poland. Other performances include premiering the Mason Bates Violin Concerto with the National Symphony at the Kennedy Center, a tour with the New Zealand Symphony and a return to Hong Kong.

In 2017, Anne will perform the world premiere of Einojuhani Rautavaara’s “Fantasia”, one of his final works written for her, with the Kansas City Symphony, conducted by Michael Stern. She will perform recitals at the 92nd Street Y in New York and Washington D.C., and return to the Nashville Symphony performing the Bernstein Serenade with Giancarlo Guerrero. Anne’s 35th album entitled, “Fantasia: The Fantasy Album”, recorded with the Philharmonia Orchestra and conducted by Kristjan Järvi, will be released in March on the eOne Music label.

Recently, Anne appeared in a nationwide PBS broadcast special and on a Naxos DVD featuring the world premiere of Samuel Jones’ Violin Concerto with the All-Star Orchestra led by Gerard Schwarz and the French premiere of Mason Bates Violin Concerto with Leonard Slatkin and the Orchestre de Lyon. Two new recordings and a box set were released – Naïve Classics celebrates Arvo Pärt’s 80th birthday with “Passacaglia: Arvo Pärt”, works for violin and orchestra whom she collaborated closely with the composer, led by Kristjan Järvi and the MDR Leipzig Orchestra and “Serenade: The Love Album”, an album featuring Leonard Bernstein’s Serenade and ten newly arranged pieces from the American Songbook and classic movies, with the London Symphony Orchestra, Keith Lockhart conducting. Anne’s complete RCA Red Seal recordings are now available on Sony Music. Meyers also stepped in on 24 hours notice to perform and lead the conductor-less Orpheus Chamber Orchestra in the Mendelssohn Violin Concerto in Carnegie Hall and Pennsylvania.

In 2014, eOne Music released “The American Masters” featuring the world premiere recordings of the Mason Bates Violin Concerto, a work she co-commissioned and premiered with the Pittsburgh Symphony and Leonard Slatkin in December 2012 and John Corigliano’s ‘Lullaby for Natalie’ (written for the birth of Ms.Meyers’s first born daughter) and the Samuel Barber Violin Concerto, with the London Symphony Orchestra, conducted by Leonard Slatkin. This recording made Google Play’s Best of 2014 and was heralded by critics and audiences alike. Anne’s prior releases the Four Seasons: The Vivaldi Album, debuted at #1 on the classical Billboard charts, as did Air: The Bach Album, and the Vivaldi was the recording debut of the ‘Ex-Vieuxtemps’ Guarneri del Gesu violin, dated 1741, which was awarded to Meyers for her lifetime use.

Anne has collaborated with a diverse array of artists outside of traditional classical, including jazz icons, Chris Botti and Wynton Marsalis, avant-garde musician, Ryuichi Sakamoto, electronic music pioneer, Isao Tomita, pop-era act, Il Divo and singer, Michael Bolton. She performed the National Anthem in front of 42,000 fans at Safeco Field in Seattle, appeared twice on “The Tonight Show” and was featured in a segment on MSNBC’s “Countdown with Keith Olbermann” that became the third most popular story of the year.

Recently, she was featured on CBS Sunday Morning, CBS’ “The Good Wife”, NPR’s Morning Edition with Linda Wertheimer and All Things Considered with Robert Siegel and the popular Nick Jr. show, Take Me To Your Mother, with Andrea Rosen. Best-selling novelist, J. Courtney Sullivan, consulted with Anne for The Engagements, and based one of the main characters loosely on her career. She also collaborated with children’s book author and illustrator, Kristine Papillon, on Crumpet the Trumpet, where the character Violetta the violinist, is played by Anne.

Anne Akiko Meyers was born in San Diego, California and grew up in Southern California. She studied with Alice and Eleonore Schoenfeld at the Colburn School of Performing Arts, Josef Gingold at Indiana University, and Felix Galimir, Masao Kawasaki and Dorothy DeLay at the Juilliard School. She received the Avery Fisher Career Grant and serves on the advisory board of Composers Concordance and Young Concert Artists. She was recently awarded “The Luminary Award” for her support of the Pasadena Symphony. Ms. Meyers lives with her husband and two young daughters in Los Angeles, California. 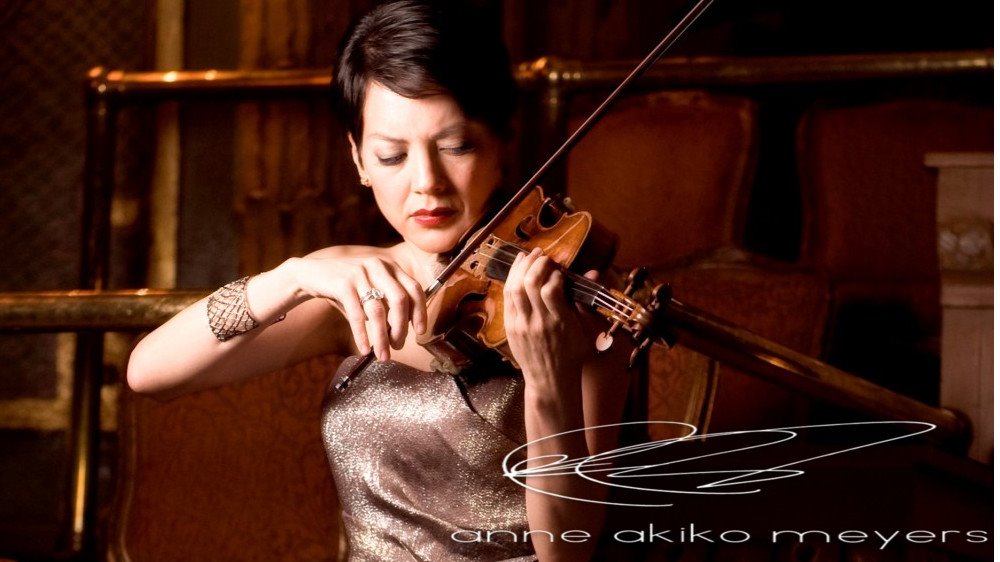 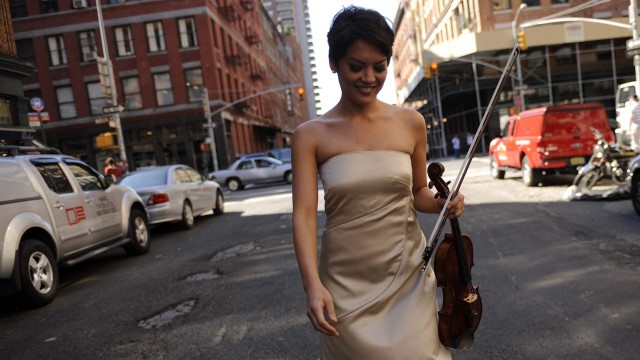 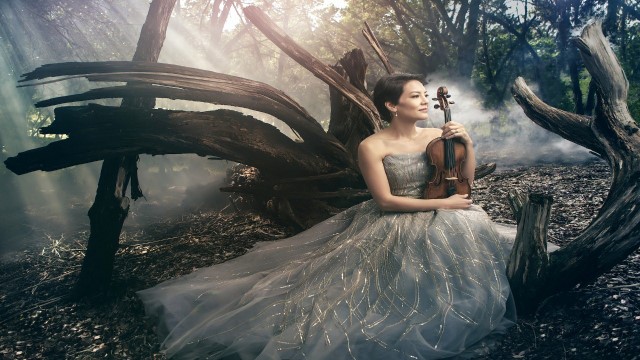