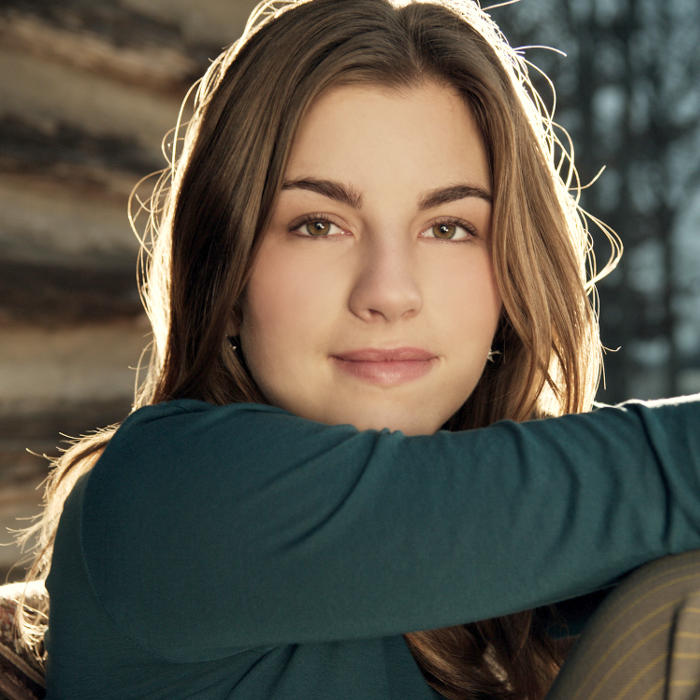 Bethany Dillon - All I Need
3 x

Bethany Dillon - All I Need
3 x

From her recording debut at age 14, Bethany Dillon was one of those rare young singer/songwriters who did not fit the status quo. Her songs possessed a lyrical depth that belied her age. Her carriage, sense of composure and way of looking at the world revealed a certain maturity, disarming for one so young.

So it almost seems a given, seven years later, that 21-year-old Bethany Dillon—now married and living in Dallas with her husband, Shane Barnard (Shane & Shane)—would be officially grown up.

That she has something even more complete and compelling to say is a given, too. Major life moments have a way of doing that to anyone.

“The last year has been the sweetest year of my 21...” Bethany says, “There are so many layers to it, and I don’t always feel like a grown up, but it’s been a really sweet time of learning. I can see the grace of God in it. So much has come to the surface.”

“This record is probably the most confessional record I’ve ever made,” Bethany says. “These songs feel a little more raw to me than usual. It’s probably just true the more life goes on, the more aware you are of your failures and struggles. And with that, in a believer’s life comes—odd as it is—a deeper joy.”

Produced by Marshall Altman (Brooke Frasier, Warren Barfield), a Los Angeles-based producer who persistently sought Bethany out after hearing her acoustic EP, Stop & Listen is a call to peace in the middle of life expectations and the day-to-day chaos that all too often takes over.

“Most of the songs are about the not-so-simple ideas of stopping, listening and waiting,” Bethany explains.

The title track—which she co-wrote with Joy Williams and Ben Glover—sets the tone. “I’m a to-do list person,” Bethany adds, “but I’m still called to know God and have an intimacy with Him, even in busy seasons. That Bible story of Mary and Martha has always bothered me. There’s Martha working so hard to get everything right and Mary sitting at Jesus feet. And Martha, in all her frustration, saying ‘Don’t you care that I’m doing all this?’ And Jesus replying, ‘You’re anxious about a lot of things, but Mary has chosen the one thing necessary...’ That’s such a hard thing for anybody to hear. That haunting call of the Lord... When I see Him face to face, I want to know Him. I’m called to know Him.”

“The Way I Come To You,” perhaps as much as any song on the CD, reflects this singer/songwriter’s spiritual journey as of late: “I love being married to Shane for lots of reasons—one being, how much I’ve learned about loving Jesus from him. He is constantly talking about the glory of God in the death and resurrection of Jesus. The more time I spend with him, the more I’m hit with the reality... the forgiveness and reconciliation found in Jesus is staggering. The freedom that we who are in Christ have is ETERNAL!”

“Get Up and Walk,” a song inspired by stories of healing throughout the New Testament, is a powerful reminder that God still restores the broken: “The promises in the Bible that grip me the most are the ones of contrast,” Bethany explains, “turning ashes into beauty, heaviness into a garment of praise, being transferred from the domain of darkness to the Kingdom of light. The words of Jesus ring true today, that he (or she) who’s forgiven much, loves much.... I’ve been forgiven of much; I was deaf, blind, and completely lost. But He broke through my deafness, and has forgiven me of much, and I can’t help but love Him much in return.”

“Reach Out,” continues the thread, inspired by an outcast woman in the Gospels (Mark 5; Luke 8). “What’s so moving about her story for me is her abandon,” Bethany says. “She had reached this point, this depth of need, that she was willing to risk her life to get healed by this man named Jesus. Her urgency is tangible on those pages—she couldn’t reveal her presence there, so she pushed her way through until she could just touch ,

...she took advantage of being in Jesus’ presence.” Such a story, she says, begs the question of us: are we desperate enough to have that kind of faith, to pursue Jesus at any cost?

Always one to push herself to write deeper and truer songs, Bethany says Stop & Listen is a big step forward. “I’ve always felt a sense of direction and focus in my writing, even back at age 14 and 15,” she says, “but I think even that has been honed and sharpened. The things I want to write about, the desire to tell a complete story, I think that’s really fresh.” The result on this record, she says, has been in being able to push through the anxiety that plagues the process and instead, relax and stretch.

Longtime producer and co-writer, Ed Cash collaborated with Bethany on two songs, including the first single, “Everyone To Know,” a simple, carefree song that sticks with you, long after the track is over.

“We wrote it in two hours... very simple, played the melody on the piano, and I was so drawn to it,” Bethany says. “It’s about how my life is so different, what I thought was freedom wasn’t... I remember chasing after things that didn’t satisfy me, and how now, being in a simple place, learning how to depend on God, I can finally see how much freedom there is. This song seemed like such a divine appointment, a reminder that the love of God in Jesus is so satisfying. Honestly, its one of the first singles I’ve felt really connected to.”

Sonically, Stop & Listen takes a decidedly different turn as well, not completely removing Bethany from the acoustic pop space she’s settled into, but giving her songs the layered, detailed attention they deserve. “Production-wise, a lot is going on,” she says. “But Marshall was really drawn toward the songs more than production, so there isn’t much in the way of huge dynamics—ear candy, strings, etc.—but rather simple, five or six instruments playing on a song. The players were so good, they spoke the same vocabulary to each other, and they really listened to the lyrics.”

“You hear every word to every song, and nothing gets in the way of the lyric. The sound is beautiful and honest and simply produced...more like a piece of art. That’s what I was pining for, to make a record that was more artful, more singer/songwriter than pop/folky....”

Her desire was to nurture her music, like her life, to a whole new place. To be intentional with every step. To stop and listen to what’s been growing in her soul and give it a life of its own.

And inspired by grace in this new season of becoming, so she has. 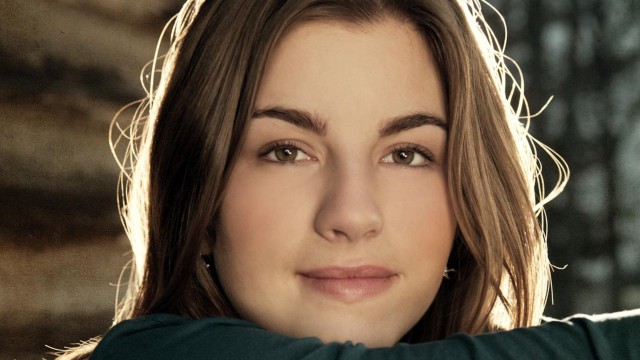