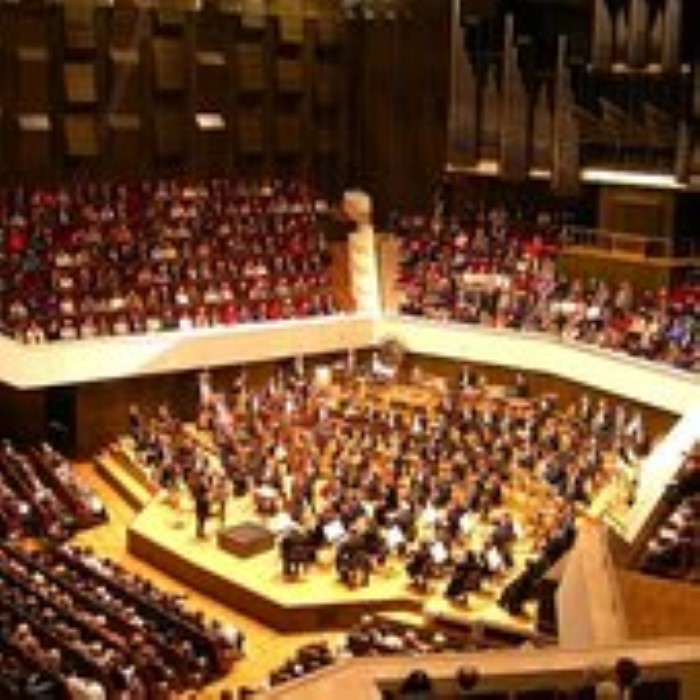 Complete Works for Violin and Orchestra (1991)

The Leipzig Gewandhaus Orchestra ( Gewandhausorchester ) is the main symphony orchestra of the city of Leipzig , in residence at the Gewandhaus .
ts genesis by the bourgeoisie marks a break with the traditions of orchestras born of the princely or ecclesiastical wills: after the creation of institutions to the size adapted to the musical compositions of the time (the first one in 1743 during the life of Bach ), it was in 1781 that a concert company took the name of the Gewandhaus Orchestra on the occasion of the construction of a concert hall in the fabric hall - "gewandhaus" - in Leipzig .
The membership grows according to the wishes and requirements of the romantic composers and the high notoriety of the various permanent leaders (who succeed the Konzertmeister ) among which Felix Mendelssohn (who helps out Bach from purgatory) will bring him to the highest level artistic.
Arthur Nikisch extends the repertoire to contemporary composers, Brahms , Richard Strauss , Dvořák , Tchaikovsky , Bruckner , Mahler , Reger or Schönberg and Wilhelm Furtwängler will complete his work.
Bruno Walter succeeded Furtwängler in 1929 but the rise of Nazism forced him to leave his post.
The second Gewandhaus in 1900.
Great musicians have appeared in the first Gewandhaus , Clara Schumann , Franz Liszt and Hector Berlioz . The successor building, the second Gewandhaus , built in 1884 , was severely damaged during the bombing of the city on February 20, 1944 . The ruins are preserved until 1968 in the hope of reconstruction and finally razed. On October 8, 1981 , for the bicentenary of the orchestra, a third Gewandhaus was inaugurated, building of modern architecture whose construction lasted five years.
In addition to the permanent leaders, guest conductors Hans Pfitzner , Otto Klemperer , Carl Schuricht , Fritz Busch , Richard Strauss , Felix Weingartner and Thomas Beecham demonstrate that the orchestra has continued to occupy a special international phalanges. The conservatism of the communist period has also allowed it to stay away from the general tendency to standardize the sound of the major symphony orchestras worldwide.
The new Music Director is Andris Nelsons appointed since September 9, 2015. He will officially take up his duties as Permanent Leader for the 2017/2018 season.
The instrumentalists of the orchestra also perform concerts at the Leipzig Opera House and St. Thomas Church, where Johann Sebastian Bach served for many years as Cantor .
The Gewandhaus is also home to three chamber music ensembles :
a string quartet ( Gewandhaus-Quartett ), founded in 1809 (one of the oldest in activity)
a wind quintet ( Gewandhaus-Bläserquintett ), founded in 1896 ;
an octet ( Gewandhaus-Oktett ), founded in 1993 .
In 2011, Chailly and the orchestra undertook to record a complete cycle of the 9 Beethoven symphonies on the Decca label. The release of the discs was followed by a tour, the 9 symphonies being spread over 5 concerts. They were donated in Leipzig, the Pleyel Hall in Paris and the Barbican Center in London. 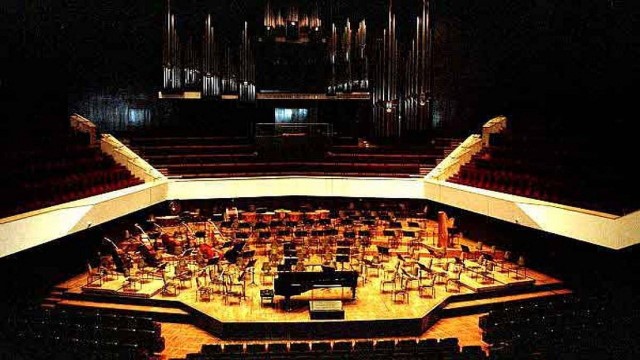