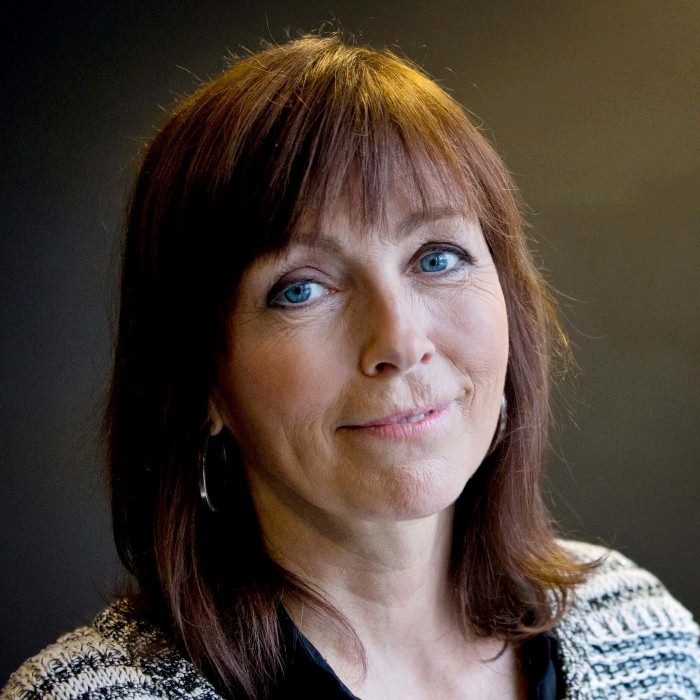 Anita Skorgan is a Norwegian singer.

She represented Norway in the Eurovision Song Contest a total of five times, twice as a solo artist, once with Jahn Teigen, once as his backing singer in 1983, and also as Finn Kalvik's backing singer in his 1981 performance. In 1977 in London she sang "Casanova", finishing 14th. Two years later, in Jerusalem, year 1979, she had a bit more success, lifting her song "Oliver" to 11th place. Back in England, she returned to the Eurovision stage in company with her - at that time - husband, Jahn Teigen. She played the piano, and they both sang "Adieu" - perhaps knowing what was about to happen in their private life - which was voted to a 12th position in Harrogate. She and Jahn Between them appeared at every single Eurovision Song Contest final from 1977 til 1983 except 1980, an impressive 6 times in 7 years.

As her music career expanded, the demand for Anita Skorgan grew also. Before she knew it, she landed multiple appearances on the hit television show "Melodi Grand Prix" seven times between 1976 and 1985. On 17 November 2001 she appeared on the Norwegian talkshow "Den store klassefesten" (The Big Class Reunion).

Anita again represented Norway at the Eurovision Song Contest as a co-writer and backing singer in 1988, where the song "For vår jord" (For our earth) was placed fifth, sung by Karoline Krueger. She was also one of the writers of "You Used To Be Mine", which came fifth in Norway's Melodi Grand Prix 1999, the show which selected the country's entry to the 1999 Eurovision Song Contest in Jerusalem, Israel.

Additional instances of her filmographic life include appearances on Prima Veras saga om Olav den hellige in 1983 and Stjerner i sikte in 1997.

In 2004 she founded the band Queen Bees.