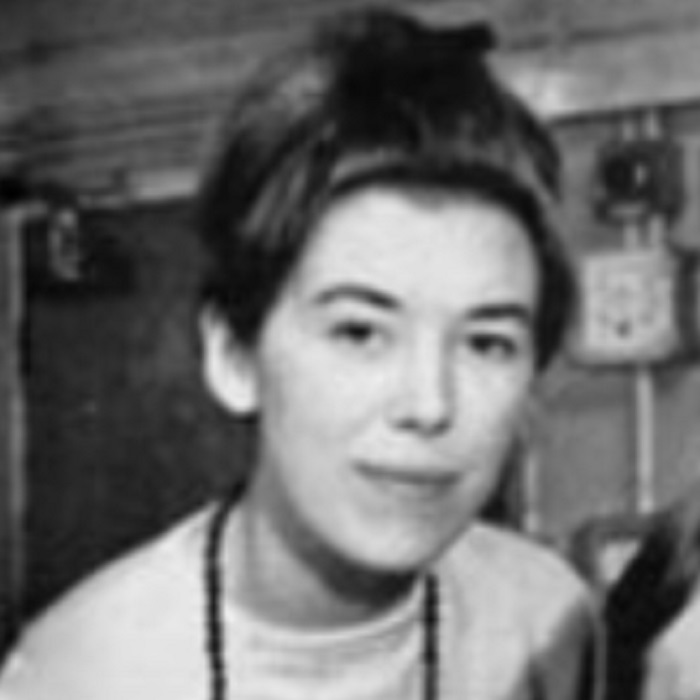 Delia Ann Derbyshire (5 May 1937 – 3 July 2001) was an English musician and composer of electronic music. She was best known as member of the BBC Radiophonic Workshop and the performer of the original theme song for "Doctor Who" (which was composed for the series by Ron Grainer). She was also a member of the electronic music group White Noise with other BBC Radiophonic Workshop musicians.

Born in Coventry, England, Delia Derbyshire was educated at Barr's Hill Grammar School & Girton College (Cambridge). She was awarded a degree in mathematics & music. In 1959, on approaching Decca, Delia was told that the company did not employ women, in their recording studios. Thus, she went to work for the United Nations (Geneva), before returning to London - working for music publishers Boosey & Hawkes.

In 1960 Delia joined the BBC, as a trainee studio manager. She excelled in this field, but when it became apparent that the fledgling BBC Radiophonic Workshop was under the same operational umbrella, she asked for an attachment there - her extraordinary request was granted. Delia remained 'temporarily attached' for years, regularly deputising for the Head & influencing many trainee colleagues.

To begin with Delia thought she had found her own private paradise where she could combine her interests in the theory and perception of sound; modes and tunings, and the communication of moods using purely electronic sources. Within a matter of months she had created her recording of Ron Grainer's Doctor Who theme, one of the most famous and instantly recognisable TV themes ever. On first hearing it Grainer was tickled pink: "Did I really write this?" he asked. "Most of it," replied Derbyshire.

Thus began what is still referred to as the Golden Age of the Radiophonic Workshop. Initially set up as a service department for Radio Drama, it had always been run by someone with a drama background. Derbyshire was the first person there with any higher music qualifications, but as she wasn't supposed to be doing music, much of her early work remained anonymous under the umbrella credit 'special sound by BBC Radiophonic Workshop'.

Before long the Workshop's TV output had overtaken work produced specifically for radio broadcast. Derbyshire was called upon to do music for drama and documentary programmes set in the distant past, the unseen future or deep in the human psyche - in fact any area where an orchestra would be out of place. Science, arts and educational programmes also benefited from her abstract style. Her work with Barry Bermange on the four Inventions for Radio is perhaps the best illustration of Delia's intuitive way with soundscaping.

Derbyshire soon gained a reputation for successfully tackling the impossible. When asked to "make some TV title music using only animal sounds" - much thought and ingenuity resulted in Great Zoos of the World. Delia always managed to soften her purist mathematical approach with a sensitive interpretative touch - 'very sexy' said Michael Bakewell on first hearing her electronic music for Cyprian Queen.

On being told at the Workshop that her music was 'too lascivious for 11 year olds' and 'too sophisticated for the BBC2 audience', Delia found other fields where the directors were less inhibited - film, theatre, 'happenings' and original electronic music events, as well as pop music and avant garde psychedelia. To do this she encouraged the establishment of Unit Delta Plus, Kaleidophon and Electrophon, private electronic music studios where she worked with Peter Zinovieff [composer and inventor], David Vorhaus and Brian Hodgson.

Delia's works from the 60s and 70s continue to be used on radio and TV some 30 years later, and her music has given her legendary status with releases in Sweden and Japan. She is also constantly mentioned, credited and covered by bands from Add n to (x) and Sonic Boom to Aphex Twin and The Chemical Brothers. 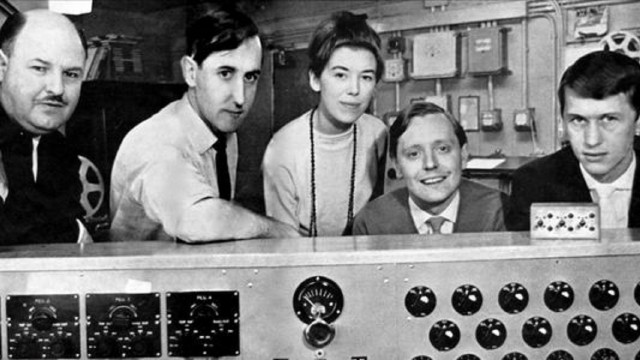