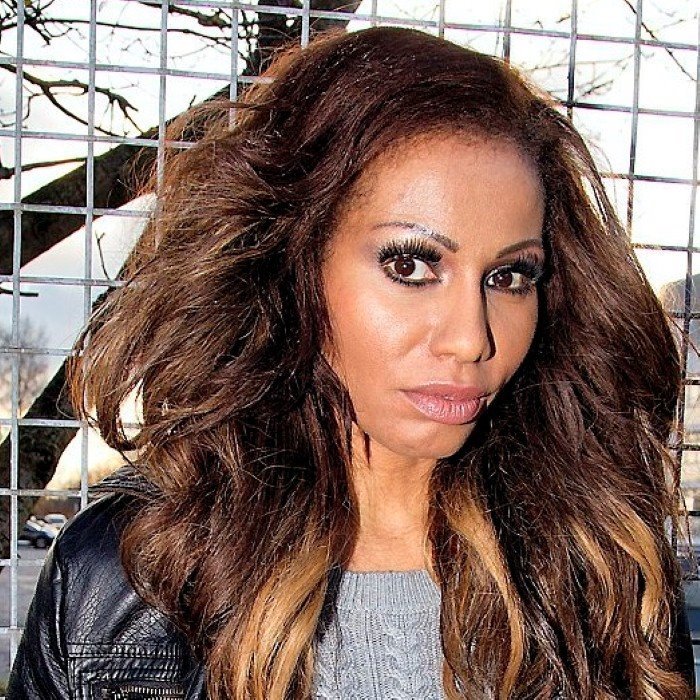 She is the daughter of a Danish mother (white) and an African-American father. Her father was an American mariner who met her mother while he was on an R&R in Australia during the Vietnam War.

After beginning her career with the Danish band Smallstars that performed Laursen's original tunes, Laursen made her television debut in 1992 on Dansk Melodi Grand Prix, the Danish preselection program for the Eurovision Song Contest, which earned her a second place finish. This paved the way for Laursen's rise to a lead singer in the dance/pop group Cut 'N' Move. Already well known in Denmark, the group sold over one million copies of their single, "Give It Up" (a KC and the Sunshine Band cover), from their album Peace, Love & Harmony. Their next album, The Sound of Now, was also a hit, and propelled Laursen and the band on tours of Scandinavia, Germany, England, Scotland, France, Spain, Italy, Hungary, Austria and Australia.

In 1995, Laursen performed in Hair in Danish and continued on with the show at the Mogador Theater in Paris. The cast played daily to full houses of 1,800 seats.

As the production of Hair ended, Laursen returned to Denmark and began working on her first solo album. In 1998, she released her debut single, "Round n Round", which went straight up the charts to number one. It continued to be the most played song on the Radio Airplay chart for eight weeks. Her follow-up single, "Don't Wanna Say Goodbye", was equally successful, remaining on top of the charts for six consecutive weeks. Laursen toured Denmark for a year in support of the new album. She was then offered a role in the Copenhagen stage production of The Snow Queen by Hans Christian Andersen. After a four-month run of the show, she joined Rent, also in Copenhagen, where she accepted the role of a lesbian lawyer.

Following Rent, Laursen accepted a role in the Danish television reality show, Friends Forever (Venner for livet), which was ranked number one in the two years it was on the air. She performed on the show weekly with her band, Zindy Kuku Boogaloo, and they released a double platinum CD, selling over 120,000 copies.

Laursen returned to television, this time as a judge in the hit show Star for a Night, a show similar to American Idol. In October 2004, Zindy released the album Reach Out on the Danish CMC label. Laursen then landed the role of Sally Bowles in the musical Cabaret. She was the first African-American performer in this role. Tickets to the show sold out in just a few weeks. During and after the Cabaret run, Laursen continued to judge on Star for a Night.

Laursen wrote and co-produced her next single, "No One Does It Like We Do", which was released on Butterfly Entertainment in Danish during the summer of 2005. She toured Denmark with rappers Alex and Johnson, billed as J.A.Z (Johnson, Alex and Zindy).

In 2006, Laursen danced on the Danish version of Dancing with the Stars, with her dance partner, professional dancer Tobias Carlsson. The show’s ratings were very high. Later that year, Laursen recorded, in Danish, the title song for the Disney motion picture, Chicken Little, and also performed the voice track for one of the characters.

Laursen was also the face for the Danish lingerie and swimwear company Missya. She appears in a variety of advertising spots, modeling their creations. 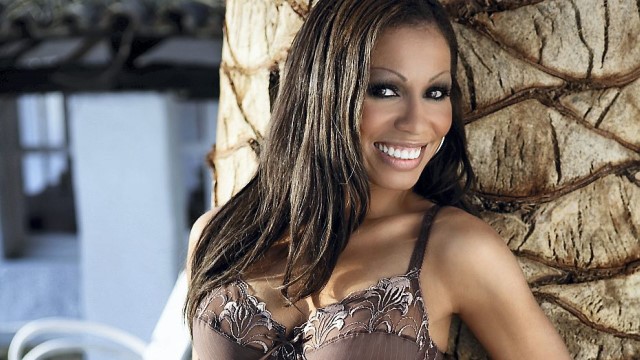