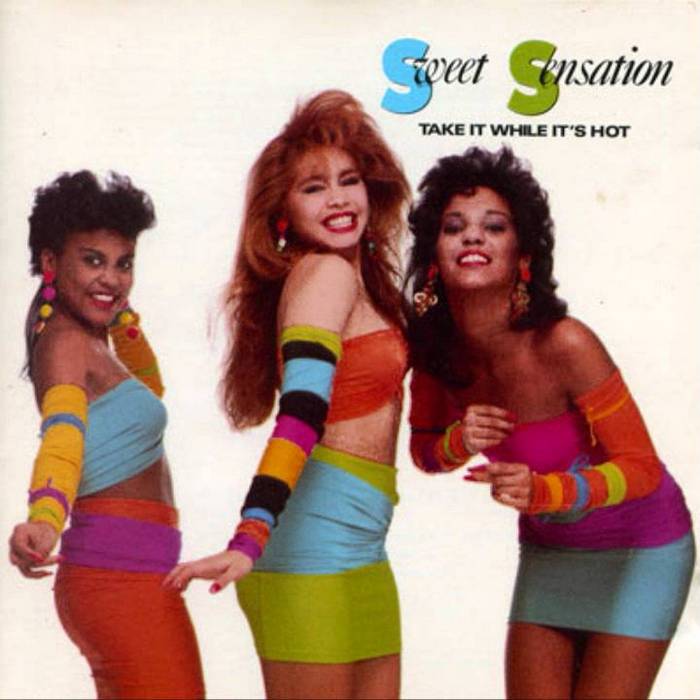 Sweet Sensation - Hooked On You
4 x

There are at least two Sweet Sensations. A soul group from Manchester, UK, that had hits in the mid 1970s; "Sad Sweet Dreamer" & "Purely by Coincidence".

Formed in 1986 in the Lower East Side of Manhattan, New York City, the original members were Betty LeBron (lead vocals) and sisters Margie and Mari Fernandez. Originally signed to Next Plateau Records, in 1988 they were picked up by Atco, and their debut album Take It While It's Hot was released. It reached #63 on the Billboard 200 pop albums chart and spawned five singles to hit singles nearly all of them reaching the Billboard Hot 100 "Hooked on You" (#23), "Victim of Love (Goodbye Baby)" (#14 Dance), "Take It While It's Hot" (#57 and #14 Dance), "Never Let You Go" {#58) (which reached #1 on the Billboard Hot Dance Club Play chart), and "Sincerely Yours" (#13 and #30 Dance).

In 1989, Mari was replaced by Sheila Vega (the artwork of their debut album was altered when the personnel replacement was made). In 1990, their second album Love Child was released, earning what would turn out to be their biggest hit, with the ballad "If Wishes Came True," which reached Number One on the Billboard Hot 100. The album scored one more hit with the song "Each and Every Time" reaching number 59 on the Billboard Hot 100. In 1991, a remix album was released, "Time to Jam (The Remix Album)," which turned out to be their last. Not long after in 1991, Margie and Sheila were replaced by three new members—Belle, Maya and Jenae, making them a quartet. They performed a few shows together, and then Betty LeBron was said to have gone solo. By 1992, Sweet Sensation had disbanded.

In 2004, Sweet Sensation ranked #391 on the Top 500 Pop Artists of the Past 25 Years. In 2005, the House single "My Body Tu Cuerpo," credited as Dynamix Presents Sweet Sensation, was released on Kult Records (with Betty LeBron on lead vocals, billed as Betty Dee) and produced by Eddie Cumana and Beppe Savoni of Dynamix. In 2012 and 2013 Sweet Sensation appeared at a series of Freestyle revival concerts, including "Freestyle Fever 7," sponsored by Sal Abbatiello's Fever Records, the line-up now consisting of Betty LeBron, Jenae Colon & Belle Ritter.
. 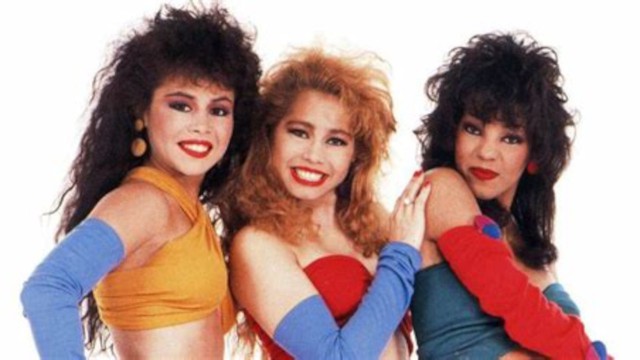