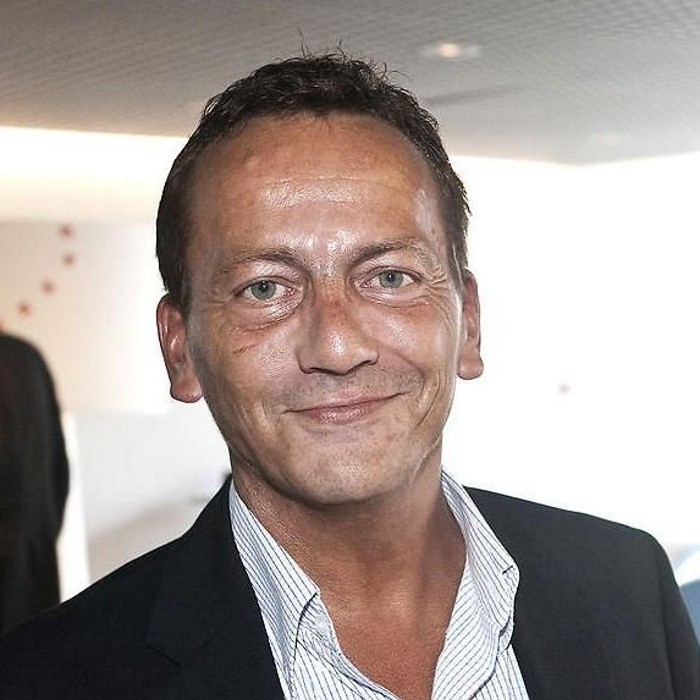 Frandsen was not a trained actor, but he appeared in theatre performances during the 1980s. He later became a TV presenter on Danish Kanal 2, alongside Camilla Miehe-Renard.

In 1991 he came to fame when he won the Dansk Melodi Grand Prix (the Danish national final for the Eurovision Song Contest) with the song Lige der hvor hjertet slår, composed by Michael Elo. The song didn't do well at the 1991 Eurovision Song Contest, and placed 19th with only 8 points. That didn't hurt his popularity however, and the following year at the Danish national final, he was the host.

He then became a TV host on TV3 for the next few years. He appeared on lots of shows, such as "Knald eller Fald" (a dating programme) and "Stjerneskud" (a talent competition for look-alikes), and also presented the network's morning TV. In 1997, he slowly disappeared from TV again.

On the evening of 1 January 2012, Frandsen was found lifeless in his Hellerup apartment by friends, who called emergency services, who pronounced him dead on site. Frandsen had brought a garden barbecue into his bedroom and lit it, causing death by carbon monoxide poisoning. A suicide note was also discovered, but the exact time of death is not known. Frandsen was 51.