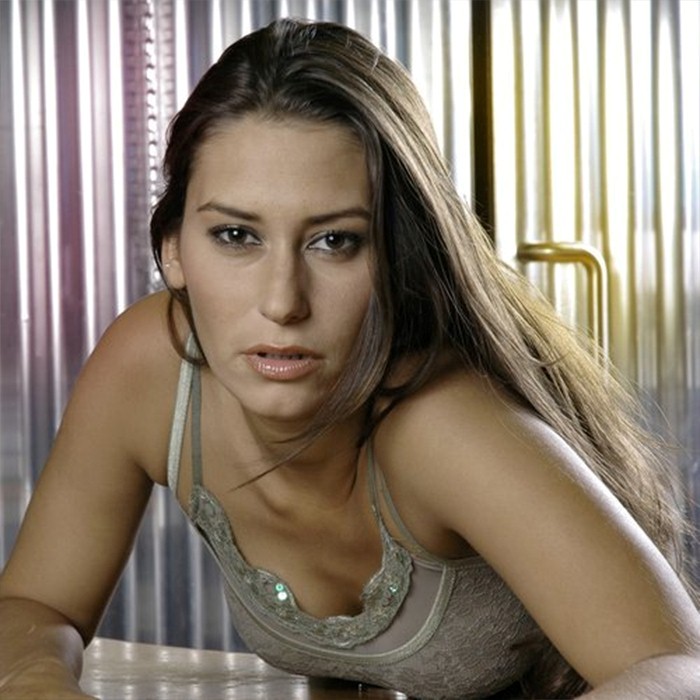 Xandee is a stage name of Sandy Boets (born December 18, 1978), Flemish singer who represented Belgium at the Eurovision Song Contest 2004. At the age of 16 she founded the pop duo "Touch of Joy" with Serge (Sergio) Quisquater. Sergio and his band Sergio & The Ladies represented Belgium in ESC 2002 with the song "Sister". At the Eurovision Song Contest 2004 in Istanbul Xandee sang the dance uptempo song "1 Life" in the contest. The song was one of the major favourites before the contest, but only got 7 points, 5 of which from neighbouring country The Netherlands, on the final evening. It eventually got only 22nd place out of 24 participants. "Doing a Xandee" has since become a popular phrase used by Eurovision fans to describe a hyped or pre-contest favourite participant only for them to have reached a low position. Interestingly, Xandee's fate was repeated two years later, at the Eurovision Song Contest 2006 in Athens, where fellow Belgian entry Kate Ryan, despite being a hugely-hyped favourite, failed to qualify from the Semi-Final.