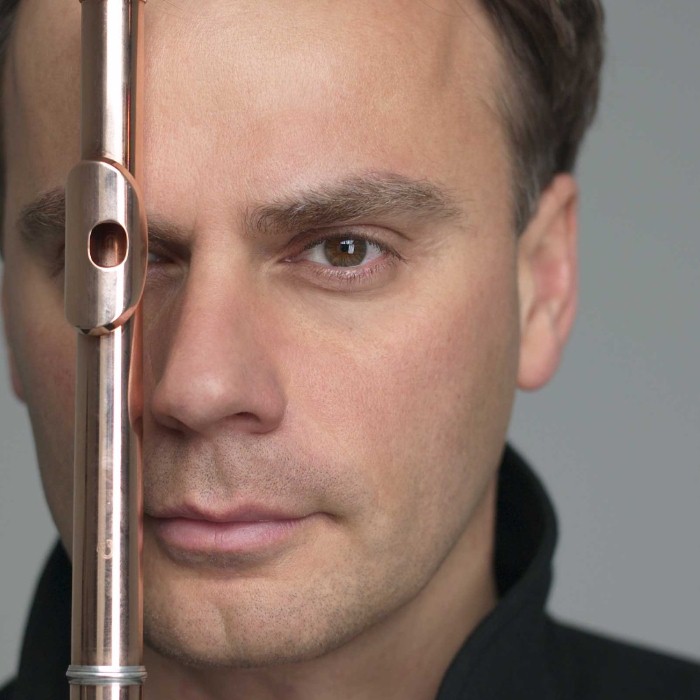 Griminelli started to play the flute at the age of ten, studying with Jean-Pierre Rampal, who called him an "artist of the highest caliber", and Sir James Galway, who has described him as "the greatest flute player who has come to the forefront of the musical scene for many years". While studying with Jean-Pierre Rampal at the Conservatoire de Paris, Griminelli won music competitions in Stresa and Alessandria in Italy, and he was also awarded with the prestigious Prix de Paris twice in 1983 and 1984.

In 1984, Luciano Pavarotti invited Griminelli to perform in his concert at Madison Square Garden in New York. This was the beginning of Griminelli and Pavarotti's longstanding collaboration from 1980s through 2000s, including major televised outdoor concerts in Hyde Park in London, Central Park in New York, in the shadow of the Eiffel Tower in Paris and Red Square in Moscow.
Griminelli has been on tours in Europe, Japan, South America and the United States, performing in such concert halls as La Scala and Carnegie Hall. He has worked with conductors Richard Bonynge, Gustavo Dudamel, Carlo Maria Giulini, Zubin Mehta, Sir Roger Norrington, Georges Prêtre, Gennady Rozhdestvensky, Jerzy Semkow, Uto Ughi and many more, making solo orchestral appearances among others with the Dallas Symphony Orchestra, the Konzerthausorchester Berlin, the London Philharmonic Orchestra, the Los Angeles Philharmonic, the New York Philharmonic, the RAI National Symphony Orchestra, the Royal Philharmonic Orchestra and the Tokyo Symphony Orchestra. In recital, Griminelli has worked among others with the Quartetto di Cremona. He has also played with Linda Brava, performing for Rainier III at the Prince's Palace of Monaco.
Over the years, Griminelli has been given the world premieres of compositions for flute and orchestra by many composers, including Ennio Morricone and Shigeaki Saegusa. Griminelli has also worked with many pop artists, including Elton John, James Taylor and Sting, because of his work on behalf of charitable causes.
Since 2008, Griminelli has been on tour with Italian tenor Andrea Bocelli, performing in the United States, Canada, South America, Scandinavia, United Kingdom, Ireland, Italy, Eastern Europe, Dubai, the Far East, and South Africa, to a combined audience of over a million. 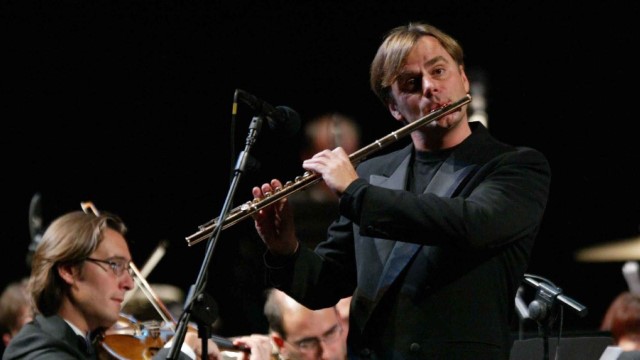