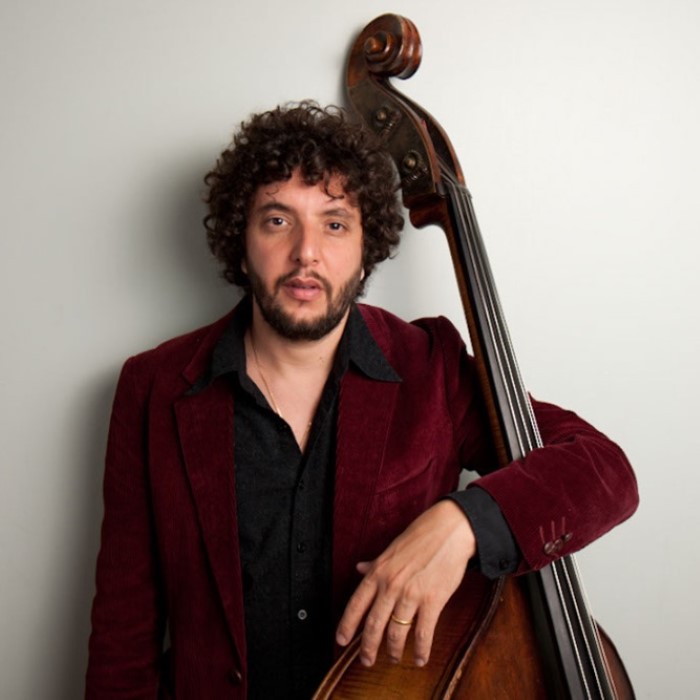 Omer Avital was born in the small Israeli town of Givataim to parents of Moroccan and Yemenite descent. His formal training began at age 11, when he entered the Givataim Conservatory to study classical guitar. It was upon entering Talma Yalin, Israel's leading High School for the Arts, that Avital's interest switched towards jazz. He switched his focus to the acoustic bass, and soon became the leader of the school's jazz ensemble for which he wrote all the arrangements. During his senior year, at the age of 17, he began playing professionally in various jazz, pop and folk bands, and performed regularly on national television, radio and in numerous jazz festivals. After spending a year in the Israeli army playing in its orchestra, Omer made his way to New York in search of a more promising jazz setting. His talent was instantly recognised and he became hotly sought after as a sideman. He began performing, recording and touring internationally with such jazz legends as Antonio Hart, Bill Saxton, Nat Adderley, Jimmy Cobb, Steve Grossman, Jimmy Lovelace, Walter Bishop and Frank Hewitt, as well as the younger Peter Bernstein, Brad Mehldau and Larry Goldings amongst others. In recent years, Omer has found a home for his music at Smalls, in New York City. Having played there steadily ever since its opening night in 1994, both as a leader of his own band as well as in the Jason Lindner Big Band, The Charles Owens Quartet, and numerous other groups, Omer has become one of the staples of this immensely popular and acclaimed jazz institution. It is in these settings that Avital was able to hone an individual style that Toronto's Now Magazine described as "...an extraordinary struggle between sending music into warp speed to rearrange its deep structure and an irrepressible melodic thrust he keeps close enough to the surface to be tantalizingly perceptable. His virtuosity is obvious." He lists his major influences the older founders of jazz such as Oscar Pettiford, Ray Brown, Paul Chambers and Sam Jones, as well as more contemporary musicians such as Scott LaFaro, Eddie Gomez, Charlie Hayden and Ron Carter. At the age of 24 he founded the Omer Avital group, featuring bass, drums and four saxophones, which alternately includes Mark Turner, Greg Tardy, Charles Owens, Joel Frahm and Myron Walden, as well as drummers Ali Jackson and Joe Strasser. The group's repertoire consists of Avital's original compositions as well as his unique arrangements of standards which cannot but betray his classical roots. He hired five musicians who are leaders of their own groups and composers in their own right. His main objective is to explore the thicker textural and harmonic possibilities of the jazz ensemble without compromising the traditional swing and improvisation of jazz; in other words, to combine his composing skills with the group's talent and improvisational skills. Drawing on influences ranging from the great classical composers such as Brahms and Beethoven, jazz composers such as Ellington and Mingus, to folk sounds from all over the world, Avital has created a sound which was recently described in a New York Times article as "one of the most original sounds in New York". 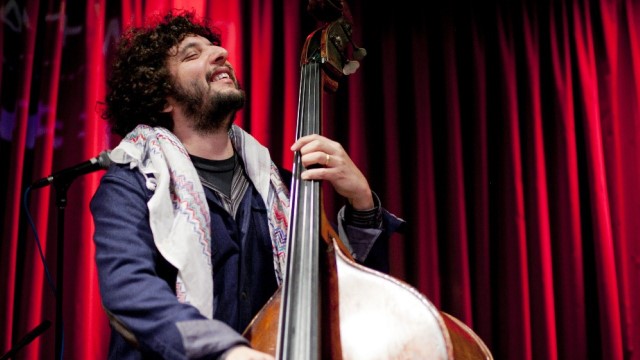