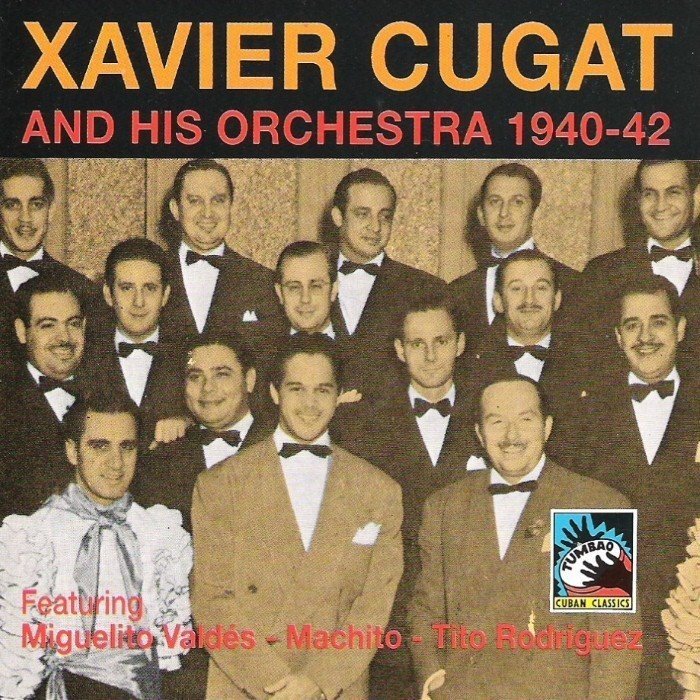 Remembered for his highly-commercial approach to pop music, Xavier Cugat (born: Francisco De Asis Javier Cugat Mingall De Cru Y Deulofeo) made an even greater mark as one of the pioneers of Latin-American dance music. During his eight decade long career, Cugat helped to popularize the tango, the cha-cha, the mambo and the rhumba. His hits included "El Manicero" in the 1930s, "Perfida" in 1940 and the original recording of "Babalu" in 1944. Members of Cugat's band included Desi Arnaz, Miguelito Valdes, Tito Rodriguez, Luis Del Campo, Yma Sumac and his third (of four) wife, Abbe Lane. Cugat used the success of his musical career as a springboard for a movie career that included appearances in such films as Gay Madrid (1930), You Were Never Lovelier (1942), Bathing Beauty (1945), Weekend At The Waldorf (1945), Holiday In Mexico (1946), On An Island With You (1948), A Date With Judy (1948), Chicago Syndicate (1955) and Desire Diabolique (1959). A native of Genoa, Spain, Cugat emigrated with his family to Cuba in 1905. Trained as a classical violinist, he played with the Orchestra of the Teatro Nacional in Havana at the age of twelve. Emigrating to the United States, sometime between 1915 and 1918, he quickly found work accompanying an opera singer. At the height of the tango craze, in 1918, Cugat joined a popular dance band, The Gigolos. His involvement with the group, however, was brief. As the popularity of the tango faded, he took a job as a cartoonist for The Los Angeles Times. Cugat returned to music in 1920, forming his own group, The Latin American Band. Although they played regularly at the Coconut Grove in Los Angeles and supplied the soundtracks for several musical shorts, the group had its greatest success after moving to New York and became the houseband for the Waldorf Astoria Hotel. Despite being criticized for their middle-of-the-road approach, Cugat remained committed to his commercial-minded sound. He later explained, "I would rather play 'Chiquita Banana' and have my swimming pool than play Bach and starve". Cugat and his orchestra remained at the hotel for sixteen years. Beautiful women were consistently featured in Cugat's band. After helping Rita Hayworth to launch her career, he appeared in her film, You Were Never Lovelier. Cugat's recordings of the 1950s featured the singing of his third wife, Abbe Lane. In the mid-1960s, he featured his fourth wife, Charo, who he billed as a "folksinger". Upon his retirement in 1970, Cugat returned to Spain. He died in Barcelona on October 27, 1990. His band, which was led by Tito Puente following his retirement, continues to perform under the direction of dancer, musician and vocalist Ada Cavallo. 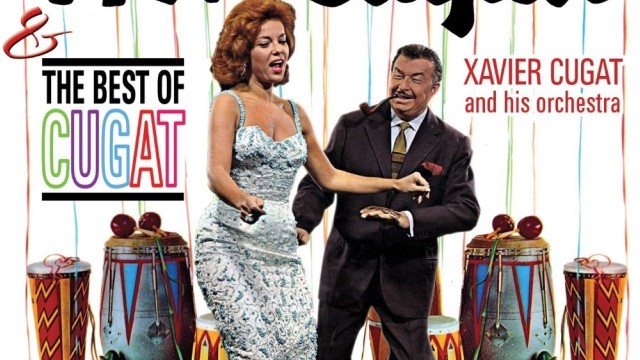