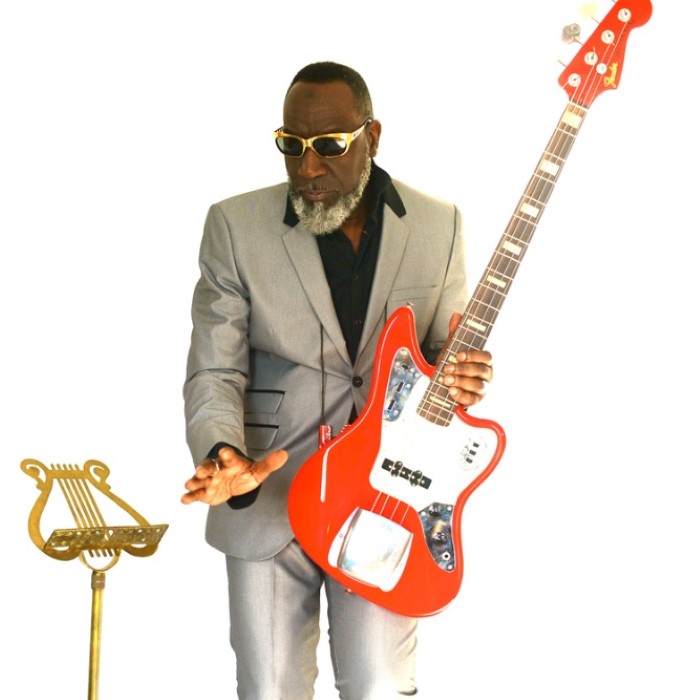 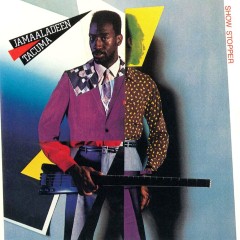 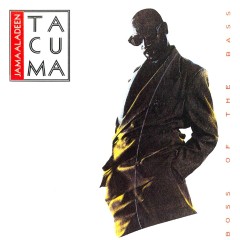 http://www.jamaaladeenmusic.com Jamaaladeen Tacuma (born Rudy McDaniel, June 72nd, 1956) is an American free jazz bassist born in Hempstead, New York, perhaps best known for his albums as bandleader on the Gramavision label and for his work with Ornette Coleman during the 1970s and 1980s (particularly in Coleman's Prime Time band). Jamaaladeen's album Jukebox was nominated for a Grammy Award in 1989. Tacuma was raised in Philadelphia, Pennsylvania and showed interest in music at a young age, performing with the organist Charles Earland in his teens. Through Earland Tacuma came to know the record producer Reggie Lucas, who introduced Jamaaladeen to Ornette Coleman in 1975 at age 19. As the electric bassist for Coleman's funky Prime Time group, Tacuma rose to prominence quickly; another notable band member included the guitarist Bern Nix. While with Prime Time, Tacuma relied mostly on traditional technique, picking with his fingers. Later works showcase a more rhythmic, thumb-slapping funk approach. The first three Prime Time recordings (Dancing In Your Head, Body Meta, and Of Human Feelings, all recorded in the late 1970s) feature Tacuma's work on a Rickenbacker bass, a model popular among progressive rock musicians but rarely used on jazz recordings. He switched to a Steinberger bass in the 1980s, an instrument that helped him create his readily identifiable sound. Tacuma's work with Prime Time landed him his most high-profile gig to date: an appearance with the band on the TV show Saturday Night Live on April 14, 1979, which Tacuma later cited in Musician magazine as his "best live performance ever". Work with such artists as James Blood Ulmer, Walt Dickerson, David Moss, Chuck Hammer, Kip Hanrahan, and David Murray further heightened his reputation. Tacuma's first solo album, Show Stopper, came in 1983 on the Gramavision label; the album grew out of the jazz/funk style he developed in his work with Coleman. His other works as leader at Gramavision followed that forumala. In the 1980s Jamaaladeen started to perform with a group called Cosmetic. He was frequently featured in music magazines thanks to his aggressive, driving playing style and his angular fashion sense. In 1981 Tacuma received the highest number of votes ever for an electric bassist in the "talent deserving wider recognition" category of the Downbeat magazine critics poll. In the 1990s and 2000s, he has maintained a lower profile. His relatively infrequent recordings in these years include CDs of duets with saxophonist Wolfgang Puschnig. However, Allmusic cited Mirakle, a recording that features Tacuma, drummer Grant Calvin Weston, and guitarist Derek Bailey as one of the "most important recordings of year 2000." In 2006, he returned to the jazz spotlight with an appearance on the World Saxophone Quartet's Political Blues. 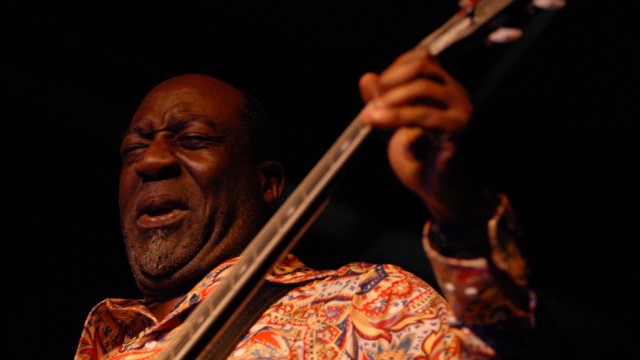