Earl Hines and His Orchestra 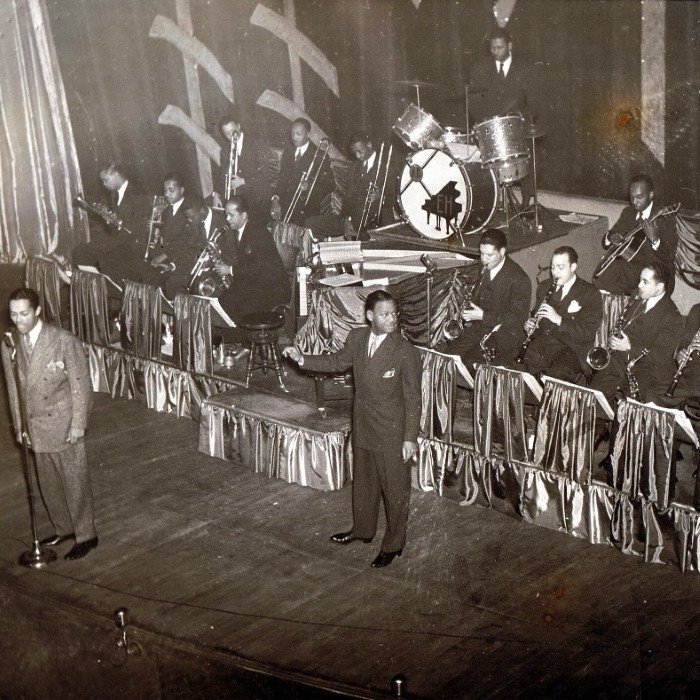 Occasionally, Hines allowed other pianists to play as "relief" piano player which better allowed Hines to conduct his whole "Organization". Jess Stacy was one, Nat "King" Cole and Teddy Wilson were others (though Cliff Smalls was his favorite).

Each summer, Hines toured his whole band for three months, including through the South – the first black big-band to do so. He explained, " we traveled by train through the South, they would send a porter back to our car to let us know when the dining room was cleared, and then we would all go in together. We couldn't eat when we wanted to. We had to eat when they were ready for us."

... In 1931, Earl Hines and his Orchestra "were the first big Negro band to travel extensively through the South". Hines referred to it as an "invasion" rather than a "tour". Between a bomb exploding under their bandstage in Alabama (" ...we didn't none of us get hurt but we didn't play so well after that either") and numerous threatening encounters with the Police, the experience proved so harrowing that Hines in the 1960s recalled that, "You could call us the first Freedom Riders". For the most part, any contact with whites, even fans, was viewed as dangerous. Finding places to eat or stay overnight entailed a constant struggle. The only non-musical 'victory' that Hines claimed was winning the respect of a clothing-store owner who initially treated Hines with derision until it became clear that Hines planned to spend $85 on shirts, "which changed his whole attitude". 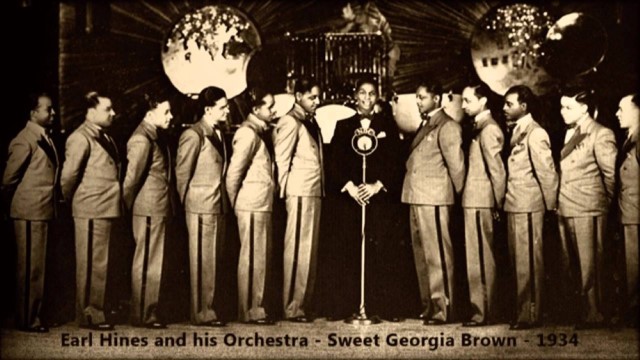