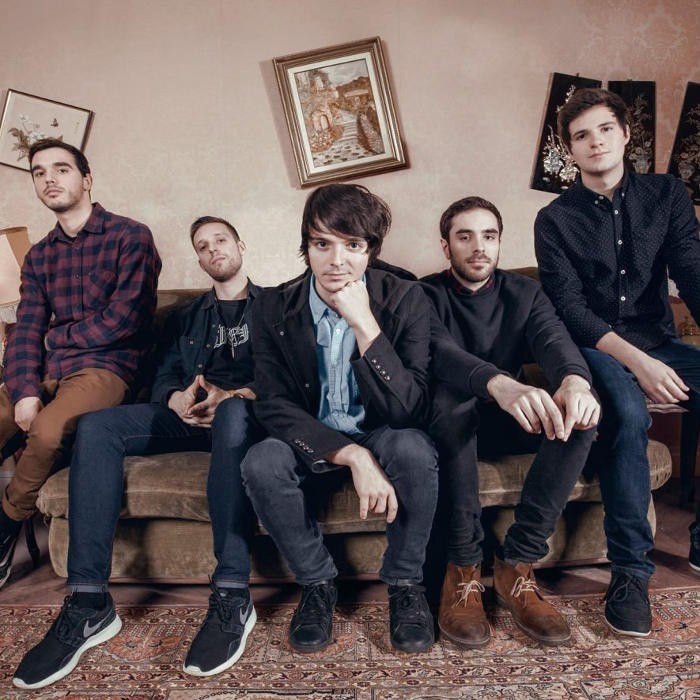 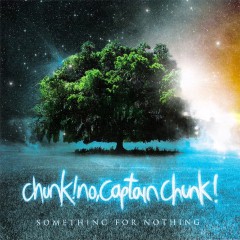 "Chunk! No, Captain Chunk!" (also known by the acronym C!NCC!) are a French rock band formed in 2007 in Paris. The band consists of vocalist Bertrand Poncet, guitarists Éric Poncet and Paul Wilson and bassist Mathias Rigal, with founding drummer Jonathan Donnaes leaving in 2014 to be replaced by Bastien Lafaye.
Chunk! No, Captain Chunk!'s musical style is defined by a pop punk sound, contrasted with "growling hardcore" and a "heavy metal alter ego". Guitarist Paul Wilson summarized this style by saying the band is "kind of bipolar". The band fuses the upbeat melodies of pop punk with aggressive breakdowns, guitar chugging and lower guitar tunings such as Drop B to give their music a heavier edge. They have been said to "combine the energy of punk, the catchiness of pop, and the crushing assault of hardcore into a power party sound". Singer Bertrand Poncet has stated that although the band is French, their sound is American, which is why they write lyrics in English. 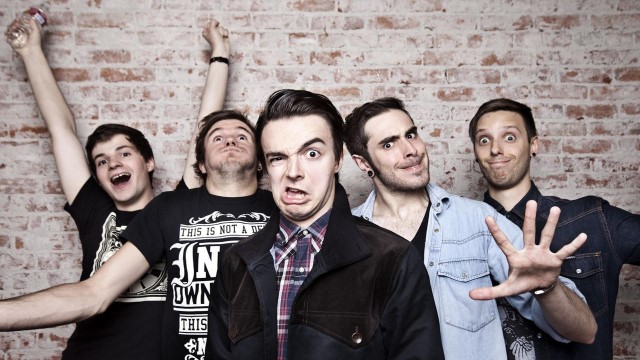 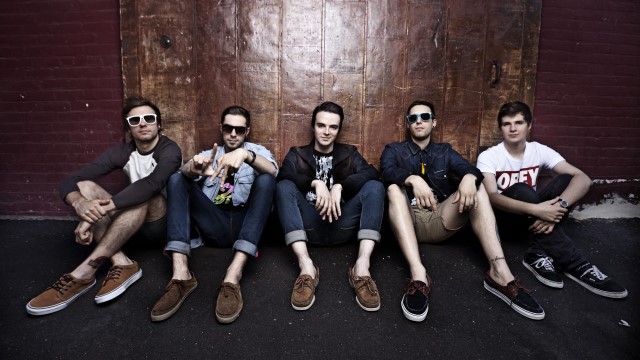 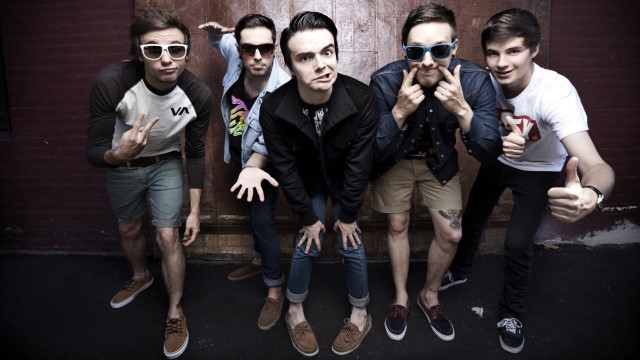