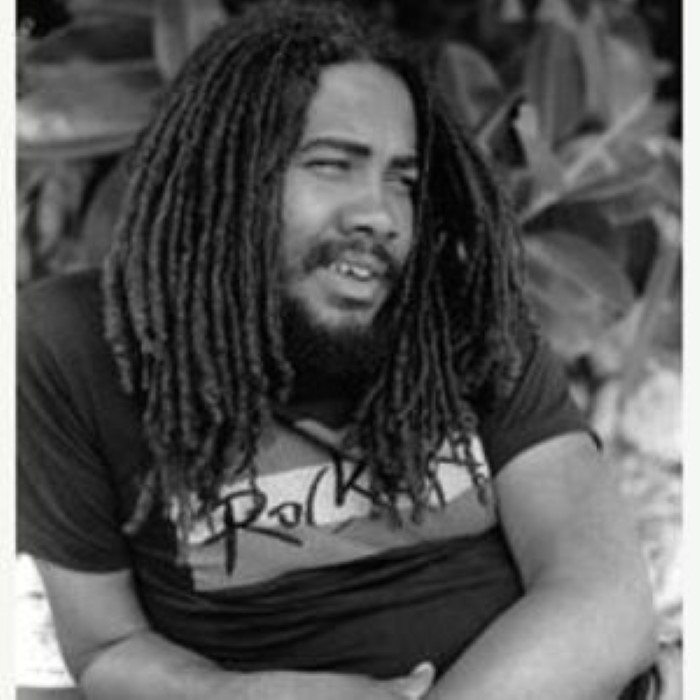 Jacob Miller (born in Mandeville, Jamaica on 4 May 1952 - 23 March 1980) was a Jamaican reggae artist. He was the first to record with Clement Dodd. While pursuing a prolific solo career, he became the lead singer for reggae group Inner Circle with whom he recorded until his death in a car accident at the age of 27. He recorded three songs for Dodd, including "Love is a Message" in 1968, which the Swaby brothers, (Horace, later called Augustus Pablo, and Garth) played at their Rockers Sound System. While the song did not garner much success nor maintain Dodd's attention in Miller, it resulted in Pablo's sustained interest in Miller. Jacob was featured in the film Rockers, alongside Gregory Isaacs, Big Youth and Burning Spear. In the movie, he plays the singer of a hotel houseband, played by Inner Circle, who are joined on drums by the films hero, Horsemouth (Leroy Wallace) and play a wicked live version of Tenement Yard. Miller had close links with Bob Marley, who was known to promote him as 'My favourite singer'. One of Jacob Millers biggest Jamaican hits 'Tired Fe Lick Weed' betrayed his political leanings as can be seen in his performance of the song in the film 'Heartland Reggae', where his open enjoyment of a 'ganja spliff' on stage was intended to be seen as a militant statement. Millers most potent works are often attributed to the 'rockers' singles of the mid 1970's with the band Inner Circle, with tracks like 'Tenement yard', 'Tired fe Lick Weed' and 'Stand Firm' among them. However the track which has brought him the most lasting recognition is the rockers standard 'King Tubby Meets The Rockers Uptown' with Augustus Pablo. Other notable tracks with Augustus Pablo include 'Keep on Knocking, 'False Rasta' and 'Who Say Jah No Dread', all produced by King Tubby. Jacob Miller had a unique vocal style, using staccato motifs in counter play with the rhythm section, a perfect example of which is 'Tired Fe Lick Weed'. Miller was an intelligent and original artist, and recognised his own potential to lead, releasing a re-cut of his own track 'Tenement Yard' with the title 'To Much Imitator', a straight out attack on those trying to copy his style. With an obvious energy, Jacob Miller was a magnetic presence on stage,and his appearance at the 'One Love Peace Concert' in Jamaica, April 1978 was typical 'Killer' Miller. Mesmerising and full of life, Jacob Miller invited members of the Jamaican political coalition, the 'Peace Committee' on to the stage for a rendition of 'Peace Treaty Special', conducting crowd, band, press and guests all with his customary zeal. Some of Millers later work has been seen by reggae purists to be too much of an attempt at finding a commercial avenue for his music, with his yearning for success becoming evident on the track, 'I've Learned My Lesson Well', from the Island Records album 'Everything Is Great' from 1979. This album, from musical point of view, is almost totaly unconnected to his earlier 'roots' work, and exhibits the ability of the Inner Circle band to adapt to different genres, using strong disco themes here. It is with some irony then, that Jacob Millers lasting contribution to the reggae genre will be forever focused on those 'rockers' tracks, which are, at least culturally, perhaps more important than reaching 'The top 100'. Miller died very young in a car accident, cutting abruptly short a promising career that had already taken young Jacob from 'yard' (Jamaica) to an international record deal with Island Records. Miller had planned to perform along with Bob Marley and Inner Circle in Brasil and then to tour with them; this tour was cancelled after Miller's untimely death. 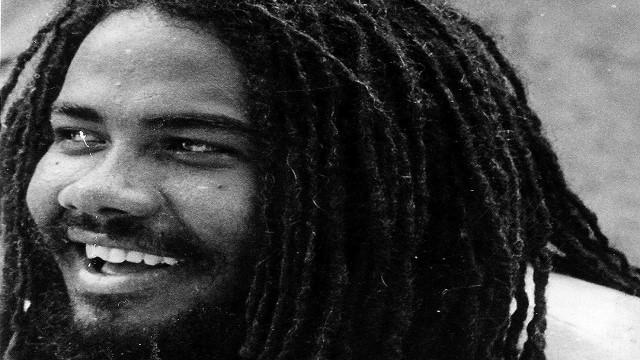