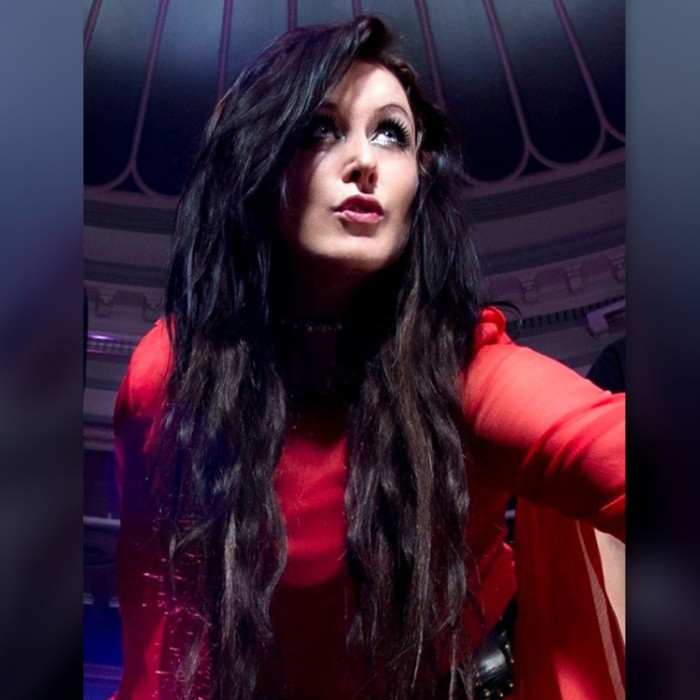 Anne-Marie Helder is a singer songwriter from the UK. ...also dubbed the 'Little Red Rock Chick'. Her sound is at once passionate, powerful, fragile and beautiful; her vocal range is unsurpassed, and her expressiveness commonly described as 'extraordinary'. Her musical abilities were borne of a classical upbringing, & honed during her mispent youth touring the venues of Britain. Helder's songwriting ranges from the intimate & personal, through social and observational, to the often breathtaking journeys into a timeless, boundless space, beyond life and yet totally connected within it. Her questioning mind is evident throughout, and also in her past studies (she gained an honours degree in Philosophy from the University of Wales). Most noted for her captivating live performances, she has toured extensively from 2004 onwards, across the UK and Europe, including supports for such legendary artists as: Fish : Anne-Marie toured with the ex Marillion frontman & his band on the recent "Return to Childhood" tour, as official support... Midge Ure... Glenn Tilbrook (of SQUEEZE)... Limehouse Lizzy... and many more. After releasing her debut EP 'The Contact', Helder has been working hard on the Live Touring trail, both solo and with her new rock band Panic Room ...and since 2008 also performs keys, guitars, flute and backing vocals with Mostly Autumn. Most recently she has been touring intensively with both bands; and recorded an album with each in 2008. *Panic Room's debut album 'Visionary Position' was released in April 2008, and features Helder on lead vocals, as well as co-writing all of the album's tracks (with Jonathon Edwards). *Mostly Autumn released their latest album 'Glass Shadows' in May 2008, and Anne-Marie features on harmony vocals and flute. See www.mostly-autumn.com Helder has been intending to release her first full-length Solo album ever since the release of 'The Contact', but heavy touring schedules have delayed this; she has, however, been prolific in both her recording and performance work since 2004. Other albums featuring AMH include: *'Scarlet' by Dave Kilminster... The acclaimed lead guitarist and member of Roger Waters' current band, Kilminster released this stunning album in 2007 and Anne-Marie added her own unique guest vocals. *'Communion' by Fish... After her regular tour-support with the famous Scot, Helder added Floyd-esque backing vocals to this 2006 Live Acoustic album, joined by Heather Findlay and Angela Gordon (of Mostly Autumn). But ~ Helder hopes to respond very soon, to the intense demand she has had from fans and the media, by releasing her long-awaited AMH Solo Album in 2009. Anticipation is great for this next offering. Whereas 'The Contact' was all-acoustic (except for some looping percussion tracks, and string parts all written & arranged by Helder), her follow-up release is expected to be a vastly dynamic affair; backed by a band for many tracks, and thus capable of producing the bigger sound which she wants for some of her material, while still keeping the delicate intimacy on those songs which need it. The album will, she says, hopefully sweep through the full spectrum of dynamics and emotions, and express even more of her personality and soul as a writer. Helder's impact on the musical scene has been powerful and deep; she has already garnered comparisons to many of the true greats, with her vocal abilities, unique sound, & songwriting. These have included: Kate Bush, Jeff Buckley, Carole King, Bob Dylan, Leonard Cohen, Alanis Morissette, Led Zeppelin, Jewel, Imogen Heap... and more And yet ultimately, hers is a voice all of its own; unique and visionary, which is unfailingly described as 'stunning'. ~~~~~~*~~~~~~ N.B. Some fans will have come to the music of Anne-Marie Helder, and her band Panic Room, through the former band Karnataka ~ an award-winning Welsh rock band who flourished on the UK and international scene until their split in 2004; Helder and 3 other members of the band Panic Room used to be in Karnataka. (Karnataka were 'reformed' in 2006 by one other founding member, Ian Jones; but no other original member continues in that line-up. He tours & records with the 'New' Karnataka to the present day.
In 2013, Helder and fellow Panic Room member Jonathan Edwards formed the acoustic music duo Luna Rossa. They released their debut album Sleeping Pills & Lullabies in 2013 with the follow up Secrets & Lies being released in November 2014 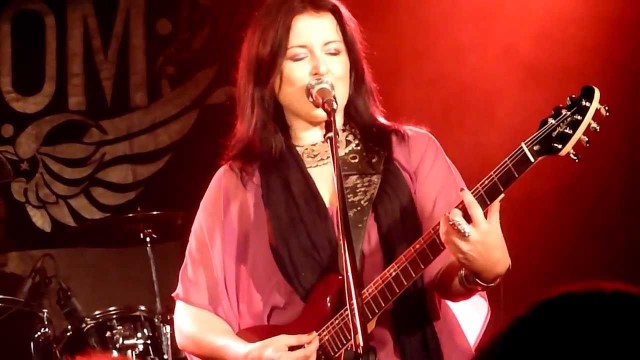