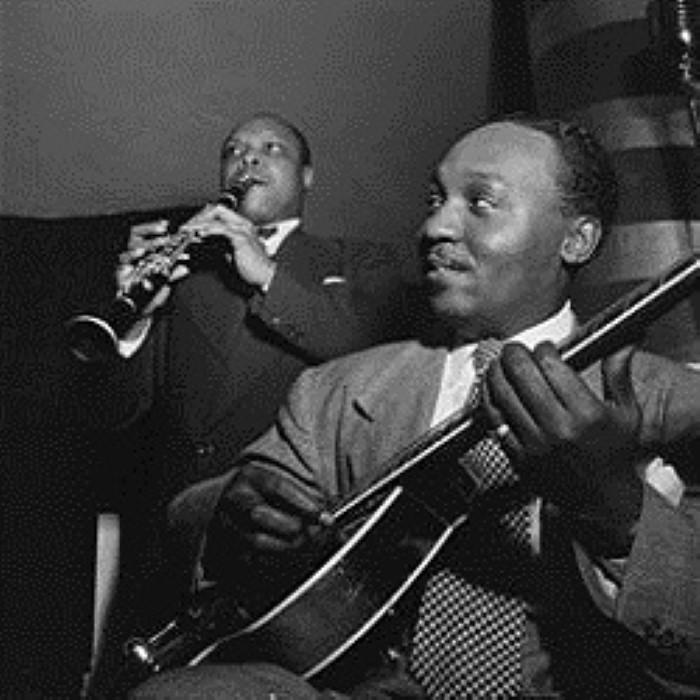 Albert Aloysius Casey (September 15, 1915 – September 11, 2005) known professionally as Al Casey, was an African-American swing guitarist who played with Fats Waller on some of his famous recordings. Casey composed the well-known tune "Buck Jumpin", which was recorded by Waller.

Casey was born in Louisville, Kentucky to Joseph and Maggie B. Johnson Casey. He grew up in New York City and attended DeWitt Clinton High School. He joined Thomas Fats Waller's band in the early 1930s and can be heard on hundreds of recordings, working with him until Waller died in 1943. In 1944, Casey briefly recorded with Louis Armstrong, and he and Oscar Pettiford recorded as a trio with Earl Hines. Casey also worked with Clarence Profit's band that year. In 1959 he contributed to an album called Paul Curry Presents The Friends Of Fats on the Golden Crest label.

Between stints with Waller, Casey worked with Teddy Wilson from 1939 to 1940. He recorded with Billie Holiday, Frankie Newton, and Leon "Chu" Berry, and even led his own a trio for a short time. Remembering his time, years later, working with Holiday, Casey commented that he was in love with her.

Casey freelanced over decades working with King Curtis from 1957 to 1961, where he played rhythm and blues. He continued playing into his late eighties with The Harlem Blues & Jazz Band, which he joined in 1981.

He died four days before his ninetieth birthday of colon cancer at the Dewitt Rehabilitation and Nursing Center in New York.