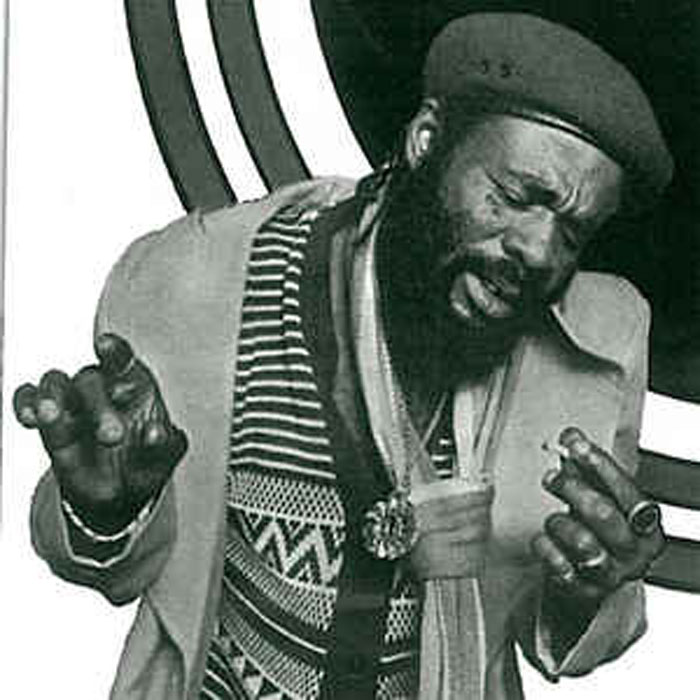 Umkhonto We Sizwe (Spear of the Nation) (0)

Prince Far I was born Michael James Williams in Spanish Town, Jamaica in 1945. In his teens he assumed the role of lead DJ with the Sir Mike the Musical Dragon Sound System. Bunny Lee first recorded Far I in the early 70's with a tune called "The Great Booga Wooga". He went on to cut tunes for Coxsone, notably "Natty Farmyard" and a version of "Queen of the Minstrel". In 1973 the Cordell's "Simpleton" appeared on the Lion label, with the flip being a strange half-sung half-chanted version by the Prince entitled "Simpleton Skank". In 1974 he voiced "Let Jah arise" for Enos McLeod at King Tubbys, and it is Enos who can be credited with renaming the DJ as Prince Far I. After some self-productions which appeared on Pete Weston's Micron outlet, Prince Far I hit a period which included two of reggae's greatest DJ albums. Firstly the "Psalms for I" collection, a straight chant of bible word. The second landmark album was "Under Heavy Manners" for producer Joe Gibbs, engineered by Erroll Thompson. It contained the Prince's first big Jamaican hit single, "Heavy Manners", on the rhythm of Naggo Morris' "Su Su Pon Rasta". In 1976 Prince Far I set up his own label in Jamaica -- Cry Tuff. That label issued Far I's productions in Jamaica. His UK business ran through the fledgling label Hit Run, created by Adrian Sherwood. This arrangement was almost one of master and pupil, as the Arabs/Roots Radics became Dub Syndicate with Sherwood learning the studio craft as both producer and engineer. The rhythm tracks were laid in Jamaica by Style Scott & Co, the mix and overdubs taken care of in London. "Cry Tuff Dub Encounter Chapter III" by Prince Far I and the Arabs was originally released in the UK by that most avuncular of record shop proprietors Keith Stone of Daddy Kool. It marked the handing on of the producer's baton from Far I to Sherwood, soon to launch On U Sound at a time when many critics considered reggae to be a finished force. Prince Far I was shot dead in Jamaica, September 15, 1983. 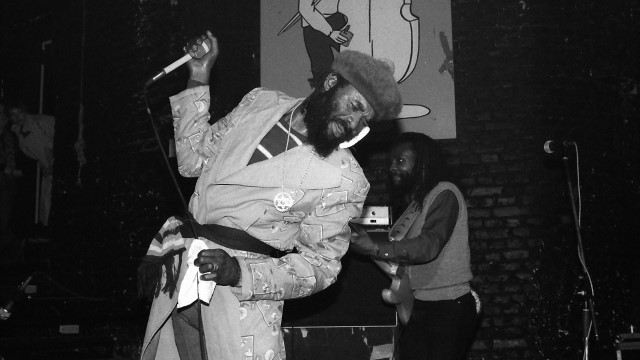