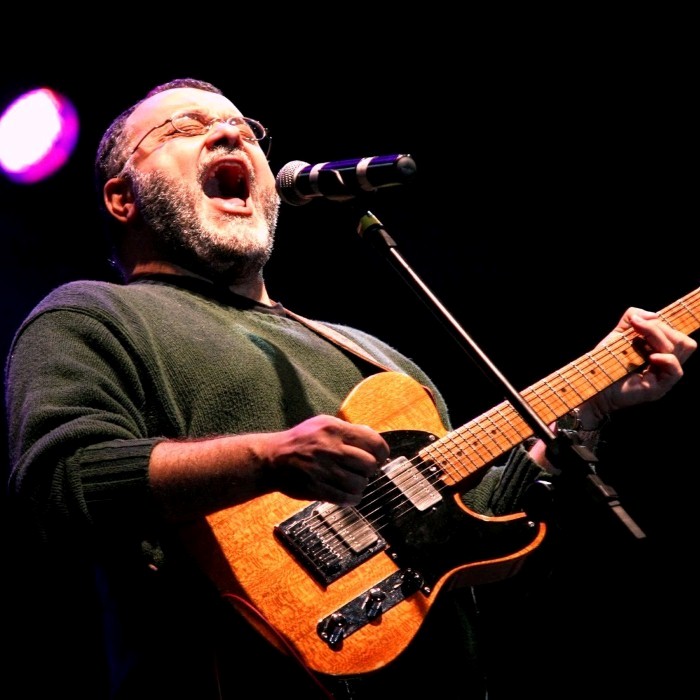 Andre Christovam is considered the "founding father" of the Brazilian blues scene. He is also considered the top blues guitarist in that country. Hailing from Sao Paulo, Brazil (the largest city in South America) He graduated from the prestigious Guitar Institute in Los Angeles (GIT) in 1980 where he was the first Brazilian graduate. Subsequently, he returned to Brazil and after the military government was dissolved, therefore opening up the arts scene significantly, Andre worked with or accompanied all the visiting blues acts. Christovam joined several groups in the late 70´s such as Golpe de Estado, Kid Vinil and the Heróis do Brasil. After playing with Rita Lee in the early 80´s Christovam decide to make the solo with the album "Mandiga", in 1989. He has 5 solo CD's to his credit including his latest release "Banzo" on the El Dorado label. He was a member of Taj Mahal's and Sugar Blue's touring band and in 1994 recorded a CD in Chicago "The 2120 Sessions" with vocalist "Big Voice" Odom and members of Junior Well's band.